It is impossible to overstate the importance of Black Sabbath in the history of popular music, particularly Heavy Metal. Bands such as Iron Butterfly, Deep Purple and Led Zeppelin delivered heavy music prior to the band’s self-titled debut, with much of it based on the Blues and Psychedelic Rock. Black Sabbath, coming out of the dreary, grim factory town of Birmingham, England, would take the heavy to a new extreme.

Guitarist Tony Iommi lost two fingertips in a factory accident, which led him to down tune his guitar and play slower, giving birth to Black Sabbath’s unique, dark sound. Originally named Earth and playing Blues-based Rock and Roll, the band would change their name to Black Sabbath after the 1963 Horror film of the same name. The band’s sound, style and choice of subject matter would be often imitated, yet never duplicated, following their introduction to the music scene. Their influence can still be heard in current bands today. Rounding out the band was Ozzy Osbourne (vocals), Geezer Butler (bass) and Bill Ward (drums). Released in February of 1970, this proved to be flower power’s death knell. The cover featured a mysterious Gothic figure in front of a dilapidated building covered in vines and surrounded by trees covered in dark fall foliage. It was clear that the Summer of Love was ancient history.

Black Sabbath begins with the song “Black Sabbath.” Opening with the sounds of a thunderstorm and a clanging church bell, the ominous, dread-inducing feel sets the tone for the album. Pounding toms and a doomy tritone from Iommi take center stage, sounding like background music one would hear in a Horror movie. The music is threatening as Ozzy delivers a vocal that sounds like a man trapped in a nightmare as he screams, “Oh no!” and pleads, “Oh God, please help me!” He then describes being terrorized by a dark figure cloaked in black. “The Wizard” follows and carries on the heavy guitars, but delivers a more upbeat sound overall with wailing harmonica throughout and shuffling drums. Snarling guitars throughout, punching power chords and cymbal crashes at every opportunity coupled with the Bluesy work on the harp make for a fascinating stew of styles.

A ten minute plus suite titled “Wasp/Behind the Wall of Sleep/Basically/N.I.B.” closed out side one. Heavy, Blues-based jamming makes up the “Wasp” portion before slowing down to a heavy, slinky groove for “Behind the Wall of Sleep.” Here, Osbourne’s vocals are placed up front in the mix with a subtle echo effect as Ward and Butler hold down a tight pocket. Iommi drifts in and out of the main riff with intricate solos. The “Bassically” portion features a solo from Butler before exploding into a monstrous riff for “N.I.B.” The guitar, bass and vocals all play in syncopation as Ward keeps pace with a simple, yet powerful beat. With lyrics like, “Now I have you with me, under my power/Our love grows stronger now with every hour/Look into my eyes, you’ll see who I am/My name is Lucifer, please take my hand”, “N.I.B.” touched on a subject (the occult) that would be a common theme for the band throughout their career.

Side two began with a cover of Crow’s “Evil Woman.” While the original featured horns and was a borderline Pop number, Black Sabbath’s take replaces the horns with fuzzy guitars. Butler stays true to the original with a complex bass line that is pronounced throughout the mix. Iommi lays down a blazing solo around the midpoint before falling back into the main riff and frenetic bass work. “Wicked World” follows and finds the band teetering on Progressive Rock/Metal with an almost Jazzy guitar run. The song opens with tons of hi-hat work and absolutely dizzying bass, before dropping down with a feedback-heavy riff and more menacing vocals from Osbourne. A bass-heavy middle section with airy guitars makes for an interesting break dripping with psychedelia before Iommi takes center stage, absent bass, drums, and vocals, for a ripping solo. The song then gets back into the main groove before returning to the complex sounds from the beginning. This is easily the most dynamic track on the album as the band takes on several genres.

Another suite, this one clocking in at over fourteen minutes, closes side two. Entitled “A Bit of Finger/Sleeping Village/Warning,” the song opens with strange effects, up and down bass and acoustic guitar. Osbourne sounds downright desperate for the first minute before the song slips into familiar territory with a sonic boom on guitar. A sped up Bluesy riff takes the lead for several minutes, accompanied by overdubbed soloing and, surprisingly not out of place, tambourine. It then slows down to a sludgy sound with more solos sprinkled in. The song meanders in and out of several different grooves for the final half, with the bulk of the last seven minutes featuring Iommi all alone. The final minute and a half circles back to the full band for one last verse and chorus. Throughout the song, hints of what was to come from Black Sabbath can be heard as the guitar moves from heavy riffing to melodic solos, all over complex bass lines and thunderous drums.

With good reason, Black Sabbath are considered the godfathers of Heavy Metal. In their debut, their affinity for beefy, fuzzy, feedback-drenched guitars, equally bellowing work on bass and drums that were both rhythmic, and impossibly heavy, is obvious.  Along with a front man who has a unique voice that was the perfect counterpoint to the thunderous sound, it is impossible to dispute their place in Heavy Metal’s lineage. Later in 1970, the band would release what many consider to be their magnum opus, Black Sabbath’s follow up, Paranoid, and they would go on to dominate the Heavy Metal scene throughout the decade. 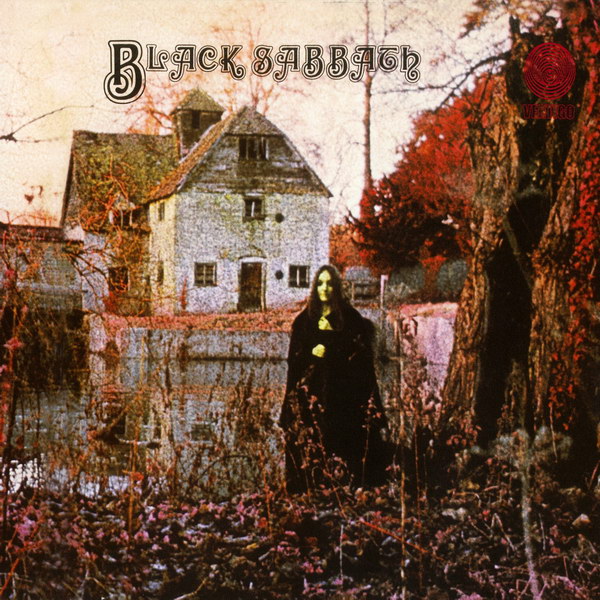