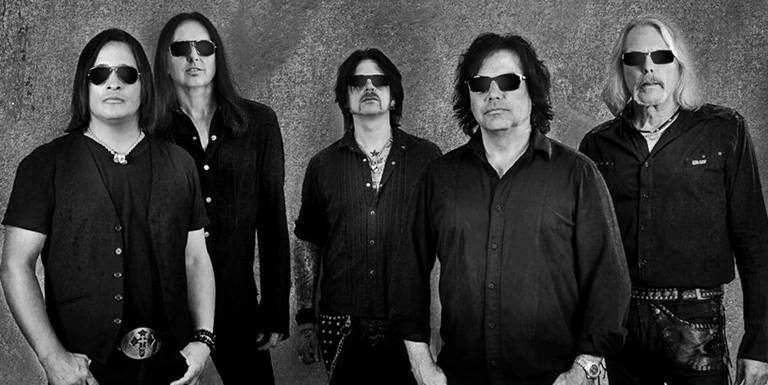 Supergroup Black Star Riders was born in December 2012 when current members of the legendary Thin Lizzy decided to write and perform new music under a new name out of respect for the late Phil Lynott. Releasing their debut in 2013, titled All Hell Breaks Loose, with production by Kevin Shirley, the band received a positive response from fans around the world.  Now, after a successful North American tour and a buzz building, the boys are back in town with their sophomore album The Killer Instinct set for release February 24th via Nuclear Blast Records.  Consisting of vocalist/guitarist Ricky Warwick, Thin Lizzy original guitarist Scott Gorham, guitarist Damon Johnson, former Ratt bassist Robbie Crane, and drumming veteran Jimmy DeGrasso, the band stay true to Rock-n-Roll with fun adventurous lyrics and face-melting guitar riffs. Bringing in Grammy-winning producer Nick Raskuilinecz (Foo Fighters, Alice in Chains), this time around these seasoned musicians decided to take a more relaxed approach in the writing and recording process, so fans should brace themselves for ten straight-up Rock tracks.

Title-track “The Killer Instinct” opens with amazing guitar melodies that flow into a smooth vocal of Warwick. Steady drum beats of DeGrasso and perky bass lines by Crane add a perfect backdrop to a catchy chorus, starting the album off on a high note.  The song “Bullet Blues” has a heavier, bluesy, Rock feel with lighter vocals overlapping into the smooth lyrical storyline.  Featured drums have a tempered change-up between verses and are followed by long scaled guitar riffs that stretch and pull into elements of dueling that proceed to a rolling faded-out ending. On the third track, “Finest Hour” blows in with harder chords that lead to slow melodic guitar work of Gorham and Johnson.  This slow romantic ballad has sweet lead singing of Warwick. Next is the Irish march feel of “Soliderstown” which has simple, yet effective, guitar work, distant singing, and story-based lyrics makes this a monstrous song.

Moving on, “Charlie I Gotta Go” is an off-set mellow vocalic track with complicated lyrics.  Unquestionably a classic Thin Lizzy sound, the song shudders a rampart that pours off into the second verse with amazing skilled guitar marks that have longer and higher notes. Directly after “Blindsided” is a heart-wrenching beautiful track led with an acoustic guitar and sad, pleading vocals that fall into a haunting electric guitar over many backing vocals with perfected harmonies. Mixing in with the breathtaking electric and acoustic guitars, there are also huge power chords and resonating notes. Coming back into a fun and taunting tune is “Through the Motions” which is a bombardment of huge bass lines that carry a bluesy feel with the benefit of rougher vocals and fast-paced instrumentals, the song slams into a rambunctious solo that will wow the listener. Bringing in a true man-anthem is “Sex, Guns & Gasoline” with smooth, raunchier lyrics and fast guitars, bringing the full attitude of what Rock is all about to life. Meanwhile, “Turn in your Arms” is a massive composition with many elements that take on an Cherokee chant with dueling guitars, an offset drum, and snake-like bass lines. Driven by Warwick’s impressive voice, this is a wonderful late album offering. Bringing the killer ride to a close is another face-paced track titled “You Little Liar.” With articulated emotional lyrics that move with the flow of the song, this staged, theatrical performance is a perfect ending to the album.

The Killer Instinct is such a massive album that benefits from years of talent that is drawn from the five members that have so much to offer. The songs this time around are stronger than All Hell Breaks Loose, and it is easy to see it was a smart decision to start something new with Black Star Riders opposed to simply live off the legacy of the Thin Lizzy name.  Black Star Riders stands on their own, and if this what they have to offer only two albums in, it will be exciting to see what the future will bring. There is a warm feeling throughout The Killer Instinct that shows, even in an age of over-produced records, a raw human Rock-n-Roll record can still be captured. CrypticRock gives The Killer Instinct 5 out of 5 stars. 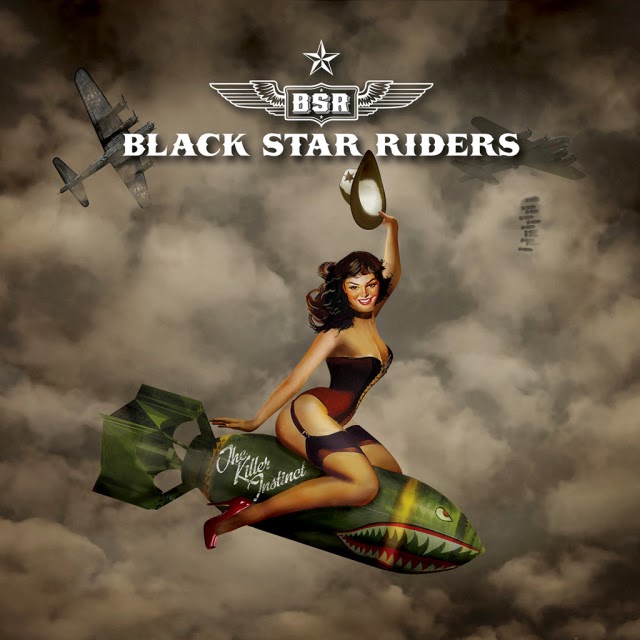