Together since 2001, Kentucky rockers Black Stone Cherry have developed a sound that bridges the gap between bluesy, dirty, dirty blue collar rock and pedal-to-the-metal hard rock.  Since the release of Between the Devil and the Deep Blue Sea in 2011 the band has spent an extensive amount of time on the road touring the world.  With fans on the edge of their seat to hear eager for some new material from Chris Robertson (Vocalist/Guitarist), Ben Wells,  (Guitarist/Backing Vocals), Jon Lawhon (Bassist/Backing Vocals), and John Fred Young (Drummer), many wondered when the guys would head back into the studio.  Already having three successful albums to their name, songs that have become anthems to their fans, and support from their peers in the rock world, Black Stone Cherry are poised to make a big move.  Finally entering the studio in the fall of 2013, the boys carved out a new album titled Magic Mountain that was released May 6th.

Opening the album with “Holding On… To Letting Go”, a live recording feel is felt immediately with eerie sounding echoes of a microphone that is about to be plugged in. As soon as the microphone is plugged in, the track instantly kicks into high gear with some fast-paced rhythmic guitar solos and drum beats that will instantly get listener’s toes tapping.  Continuing on with the heavy upbeat Kentucky rock sound that only Black Stone Cherry can deliver is the track “Peace Pipe”.  Bound to instantly become a favorite among long time fans, the song has classic groove guitar and bass tones with soaring vocals by Robertson.  Keeping the groovy train moving, “Bad Luck & Hard Love” deliveries in a big way with irresistible warm guitar textures that will give classic rock fans goose-bumps.   Leaving a strong impression already, the fourth track on the record is the bands first official single titled “Me and Mary Jane”.  The song is a huge statement with catchy vocals, guitar riffs, and rhythm that tattoos itself on the skin of the listener its first time through.

Taking things down a few notches after the roller coaster ride from the previous four tracks is “Runaway”.   A stand out moment on the album, it becomes immediately evident that Robertson is singing from a deep emotional place on this track which warrants extra special attention. The infliction felt in each note sung by Robertson is matched by powerful instrumentation that resonates after its completion.  Next, on the title track, Black Stone Cherry show their Kentucky roots and delivery straight up southern rock riddled with an array of flavorful guitar licks and spot on drum hits that will translate enormously live.  Wrenching up the intensity, “Never Surrender” will certainly make fans want to party hard with a balance of heavy riffs, powerful vocals, and more southern root sounds.  It is a pure southern classic rocker that follows a path they have traveled on previous albums. After the heavy assault, “Blow My Mind” brings an initially bluesy cool vibe which explodes into an upbeat tempo, some killer backing harmonies, and a string bending guitar solo.

Showing a softer side to their sound, “Sometimes” instantly paints a picture of Robertson sitting down with his acoustic guitar singing his heart out. The song provokes reminiscent thoughts of a dark place in all of us that we may run from, but at points, need to come face to face with and stare fear right in the eye.   The eerie sounding track is packed with so much heart and emotion that shows how dynamic this band really is.  Not keeping the sober tone constant, the next track titled “Fiesta Del Fuego” delivers a unique throat-grabbing aggressive sound that may catch some fans by surprise.  This type of spontaneous track strikes up a more blood-pumping heavy sound which will sure to please metal heads.  Showing their lust for groove is far from complete; “Dance Girl” is impossible not to bop your head to.  With a touch of darkness, the song has a classic musicianship heavy on bass and guitar with bright solo’s and riffs that will have everyone smiling from ear to year.   With a traditional count off, Black Stone Cherry bring back the southern roots on “Hollywood In Kentucky”.  Featuring a country rock twang, the song shows the band is proud of their Kentucky roots and gives insight as to what it is like to live in the south.  The vibrate six minute tune “Remember Me” closes out the album with inviting guitar effects, electrifying vocals, and gives the listener everything they could want until the last breath.

The three year wait for Magic Mountain has been a long one for fans of Black Stone Cherry; but good things come to those who wait.  The album exemplifies heart, determination, passion, and a never-say-die attitude from a band that has only gotten better with age.  Black Stone Cherry has delivered a masterpiece that is an essential addition to any rock fans collection. CrypticRock gives Magic Mountain 5 out of 5 Stars. 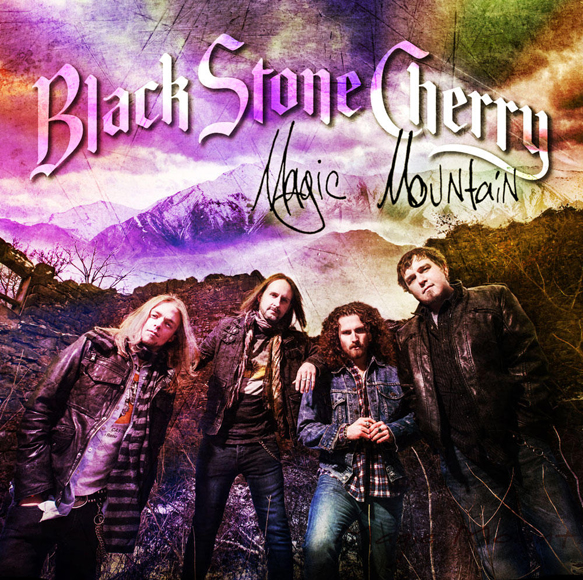