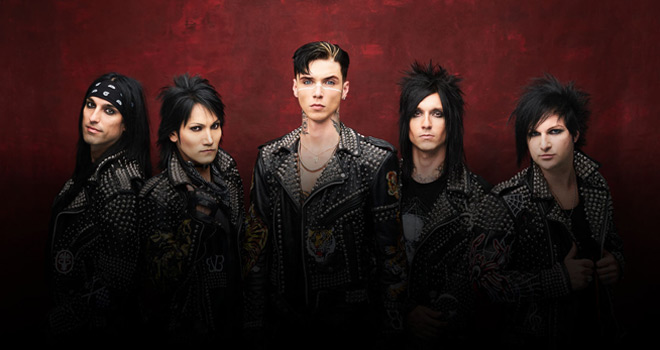 Where does one go to seek a healthy dose of studded leather, neon spandex gutter Rock in 2018? The answer, my friends, is hardly a hidden secret: Black Veil Brides (BVB) possess all the glittery finery of yesteryear and yet sound entirely ready to take on any of their modern contemporaries. Much as expected, they continue to cement/Aqua Net their place in Rock-n-Roll history on Vale, available Friday, January 12, 2018, thanks to Lava/Republic Records.

Formed in 2006 in Ohio, BVB now proudly call Hollyweird, California home, and why not? A group of leather-clad, silver-studded misfits, BVB have always waved the flag for their fellow outcasts and lonely hearts. Kicking off their crazy musical journey with 2010’s We Stitch These Wounds, they would ultimately go on to release three more full-length albums – 2011’s We Set the World On Fire, 2013’s Wretched and Divine: The Story of the Wild Ones, and 2014’s eponymous release – while spreading their message to the masses.

With each successive album, BVB’s star seemed to rise and legions of fans followed. Touring the world with dogged determination and a love of their somewhat nostalgia-inducing craft, the boys have shared stages with the truly eclectic likes of Slash, Mötley Crüe, Avenged Sevenfold, Murderdolls, Bullet For My Valentine, Motionless In White, The Birthday Massacre, Dommin, Falling In Reverse, William Control, and their current co-headliners, Asking Alexandria. Much like so very many popular, young bands today, BVB are no strangers to that little summer festival thing known as the Vans Warped Tour, and they have also participated in such high-profile overseas gigs as Download Festival and Rock am Ring.

As there is clearly no time quite like the present, Black Veil Brides – Vocalist Andy Biersack, Guitarists Jake Pitts and Jinxx, Bassist Ashley Purdy, and Drummer Christian “CC” Coma – are grabbing 2018 by its Metal horns and immediately jumping into the fray with Vale. Their fifth full-length studio album, the twelve-song collection was produced by John Feldmann (Good Charlotte, Ded) and the band’s own Jake Pitts.

Vale begins with the a twenty-one second Spoken Word intro “Incipiens Ad Finem,” which loosely translates to “The Beginning of the End.” Coupled with the album’s title, which does in fact mean a farewell, there seems to be a slightly ominous veil (pun intended) sitting atop this entire production. Placing all future fears aside, we move into “The Last One,” which starts out with a ballad-esque approach and then builds into an explosive kick of Arena Rock-worthy guitars. Biersack manages to somehow be both gritty and polished, a stylish rockstar who leads his army in black through the nearly five-minute rocker that displays their sonic talents splendidly; there are moments of dirgy gutter Rock, splashes of Glam glitter, and yet a fully modern feel that will have you tossing up those Metal horns.

Gang vocal calls demand that you “Wake Up,” a track that is a Crüe-approved wet dream of killer ’80’s guitar riffs, while sing-along “When They Call My Name” will have everyone flicking their Bics, or, you know, that cheesy cellphone version thereof. The sludgy groove of “The Outsider” continues to wiggle the boys’ toes into the sonic gutters, celebrating being a black-clad misfit, while the over eight-minute long epic “Dead Man Walking (Overture II)” is an impressive composition for the band, offering up a meandering journey for listeners that proves beyond a doubt that this band can shred.

Those deliciously harmonic gang vocal calls inject a dose of thrill into the infectious “Our Destiny,” which comes complete with yet another killer guitar solo. The midtempo “The King of Pain” is an anthemic promise that there is always someone by your side as you search – for something more or for your Queen of Pain. It launches the boys into the heavy, driving “My Vow,” which, in turn, moves into the “Ballad of the Lonely Hearts.” With lyrical references to The Beatles and Led Zeppelin, continued killer guitar shredding and Biersack’s velvety vocal aperitif, this is one anthemic sing-along that will delight fans and frenemies alike.

Biersack goes to the lower end of his range for some key moments in the sludgy “Throw the First Stone,” a rallying call to fight back against fear and hatred for the broken and disenfranchised before the band wraps it all up. The aptly-titled, grand finale, “Vale (This Is Where It Ends),” shows the diversity of Black Veil Brides’ sonic abilities, as here they craft a beautifully meandering journey that speaks of a life that took a surprising and fresh new turn. Does this mean the end or merely a new beginning? Consider this like the band’s “November Rain” – an epic display of their abilities as musicians and a promise that their future holds something much greater – be it under the guise of BVB or in the beyond.

Lyrically, there is not much rocket science happening on Vale, but that’s alright: Black Veil Brides aren’t really that band. Instead, BVB are a deliciously seductive blend of 1989 and the 2000s: gritty and grungy, sludgy and shredding. There is an appeal here for the disenfranchised youth of today and the Metal misfits of yesterday, making BVB the perfect band for the rebellious teen daughter and her rocking mom, Mrs. Robinson. Whatever the case, Vale is an album with plenty to offer fans to keep them hungry like wolves for this superb band and all their painted and bedazzled finery. For these reasons, CrypticRock give Black Veil Brides’ Vale 4.5 of 5 stars. 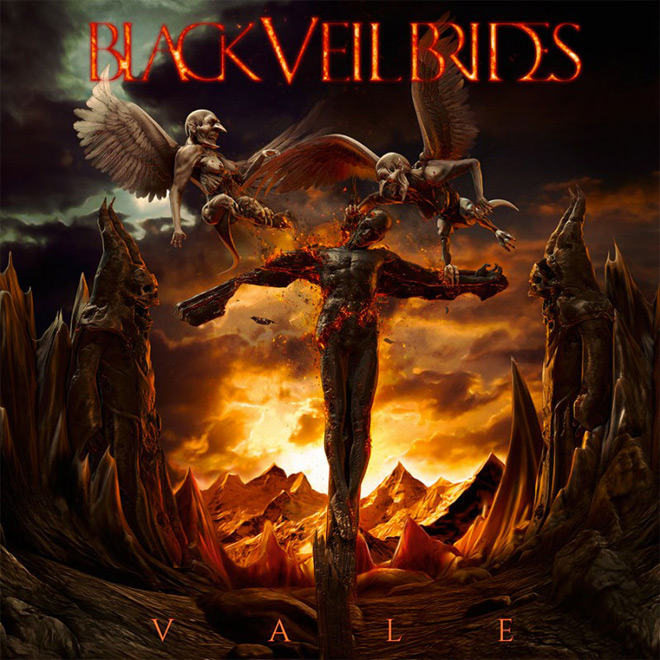