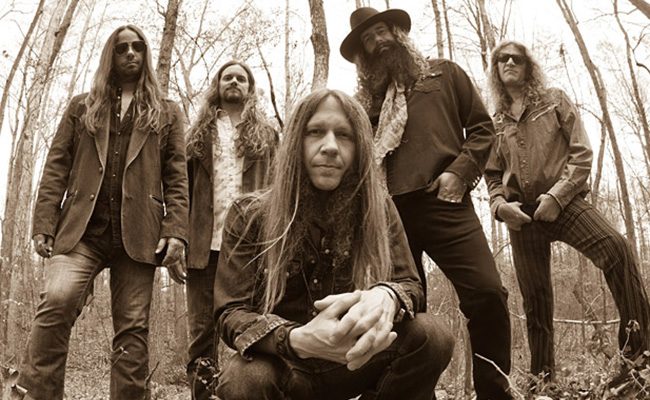 Atlanta Georgia’s Blackberry Smoke is a five piece Country Rock band that successfully incorporates the sound of their Classic Rock forefathers Lynyrd Skynyrd, Molly Hatchet, .38 Special, and the like while nimbly sprinkling in some R&B, Honky-Tonk, and even a little Bluegrass. Formed in 2000, the band features Charlie Starr (guitars/vocals), Paul Jackson (guitars/vocals), Richard Turner (bass/vocals), Brandon Still (keyboards), and Brit Turner (drums). Gaining notoriety opening for the likes of the aforementioned Lynyrd Skynyrd, ZZ Top, and Country legend George Jones, Blackberry Smoke continue to rise in popularity and received rave success with 2012 album The Whippoorwill. Now in 2015, the band unleash their fourth studio album, Holding All the Roses, via new label Rounder Records.

Opener “Let Me Help You (Find the Door)” punches the listener in the gut with a classic Country Rock riff on electric guitar coupled with crisp drumming from Turner. Echoing the best of upbeat ’70s Country Rock, harmonies dominate the vocal landscape, and an aggressive Honky-Tonk guitar solo punctuates the peppy melody. Title track, “Holding All the Roses,” takes the listener in a completely different direction with a Bluegrass inspired lead on acoustic guitar. The lead quickly dissolves into breakneck drumming, hand claps, and another country-fried riff on electric guitar. In an interesting turn, the Bluegrass riff is then played on guitar, then back to acoustic, and finally a call and response on acoustic guitar and fiddle collapses into a ripping electric guitar solo. It is no wonder the band chose this for the album title as it manages to, in the course of a shade over three minutes, prominently display the group’s varied influences, and their uncanny ability to play all exceptionally well.

Mid-tempo rocker “Living in the Song” is a crisp jaunt reminiscent of Tom Petty or The Smithereens with mellow, jangly guitars, and plaintive lyrics about love as Starr sings, “It’s like livin’ in the words of a song/I’ve been runnin’ from the hurt too long…/Tell me that the darkest hour’s just before the dawn/Whoever said that never spent so many nights alone…/I don’t know how to say I was wrong/All I know is how to be gone”. Here the band takes on the age-old topic of unrequited love and delivers a pop-perfect number that would fit right in on numerous radio formats. “Rock And Roll Again” finds Blackberry Smoke delving into country boogie at a high level with a down and dirty groove, a virtually all-vocal break, fuzzy solos, and pounding pianos. Here the band plays to their strength, and executes flawlessly.

Keeping the record interesting throughout, “Woman in the Moon” and “Too High” are a departure from the gritty Country Rock sound as the band mixes in some atmospheric organs on the former, and lays down a mid-tempo acoustic melody paired with only drums on the latter. These two tracks provide a break in the action for the listener while the band seemingly catches their collective breath from the bombast of the album’s first third. It is a welcome respite as Blackberry Smoke casts aside all doubts as to their versatility as a unit. Meanwhile, “Lay It All on Me” is a straight-up Country number both in sound and subject. Sharp, twangy electric guitars do battle with even more twangy acoustic guitars, all over classic Honky-Tonk piano as Starr tells a tale of southern style adultery, singing, “Her mama used the Bible/Daddy used the bottle/Revival and survival made her run/Ruby’s got a brother/Her brother’s got a lover/His lover’s got another on the side”.

Once again showing range, the band delivers a tune that rivals the best of today’s best-selling Country artists. “No Way Back to Eden” is another Country inflected number that sounds like what one heard from Classic Rock bands coming out of England when they took a stab at the Country Rock sound. In fact, the sound evokes early ’70s Rolling Stones, Badfinger, Humble Pie, Faces, and the like, with thick acoustic leads and solos, eschewing the electric guitar for a buoyant sound punctuated with staccato fiddle, and kept together with laid back drums. “Fire in the Hole” closes the festivities with atypical southern Blues Rock. Here, Blackberry Smoke opens the door to yet another dimension with a tripped-out solo in which electric guitar and organ mirror each other and then give way to screaming electric guitar over simple acoustic strumming, reverts back to another run of psychedelic keys and loopy guitars, closing with a strong harmony and a powerful exclamation point on guitar and drums. It is an interesting way for Blackberry Smoke to close the album as it hints at what the band is capable of when it stretches things out and steps outside of the already wide-ranging array of musical styles it has proven they can utilize with great fervor and purpose. A truly promising finishing note, leaving the listener hungry for more, and eager for another slab.

Holding All the Roses is Blackberry Smoke’s strongest effort to date, showcasing a band hitting its stride as they infuse all the musical elements that have clearly had a big influence on them. Amazingly, it took only two weeks to record. The crisp feel of the record gives the impression that it was pored over for months in the studio.  Pick up a copy of Holding All the Roses and go see them live to indulge in the feel good music. CrypticRock gives this album 4 out of 5 stars. 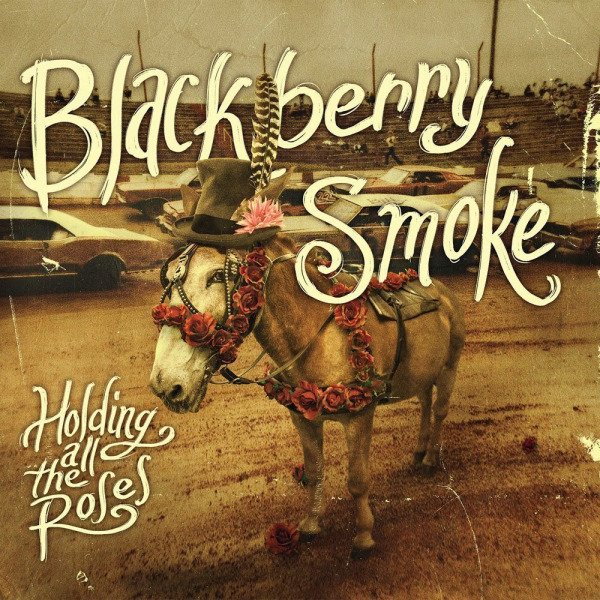