There is a lot of danger in a story unable to make up its mind about what it wants to be. This in mind, Canadian Horror film Blackburn, renamed The Blackburn Asylum, often comes across as far more muddled than it means to because of precisely this. Written by Nastasha Baron (Kingdoms of Grace 2008) and directed by Lauro Chartrand (Ghost Unit series, True Justice series), Blackburn is available now via iTunes, Amazon, Playstation Network, and XBox Video as of January 9th in the USA, helping it reach the largest audience as possible.

Featuring the talents of Sarah Lind (The Assassination of Jesse James By The Coward Robert Ford 2007, The Exorcism of Molly Hartley 2015) and Zack Peladeau (Being Human series, iZombie series), the 3 Brane Entertainment film showcases a level of self-reflective transparency that is marred by seeming only intermittently intentional. 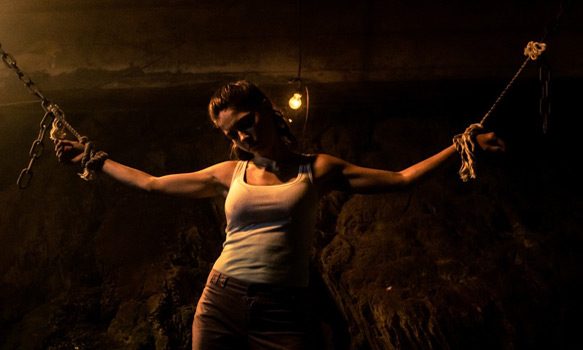 Beginning with the cast of young, attractive, sexually intermingled characters on a road trip, there is only the potential for danger. It is a stock Horror movie set-up, but it is not clear how far the movie is trying to lean into being a play on the expectations of that set-up. Even more, the film never seems to really decide what it is going for, does it want to be campy and breezy, or is it trying to mine some real emotion of the scares?

It would be fine to try and do both, but the writing does not imply this – it seems to switch off between the two tonal extremes. One moment it will be winking at the audience about how we all know these people should not ever split up in a situation like this, to attempting to draw something of a parallel between characters thematically linked by the idea of parenthood.

Most of the characters play the situation straight, putting them at odds with a world around them that seems to be aiming to milk pleasure out of playing into expectations; while it might be more effective for characters to err away from seeming overly self-aware in the interest of maintaining a degree of credibility, the way in which main heroine Jade moves through this world of tropes without a hint of reflection actually serves to only divorce the audience further from her.

Funnily enough, it is her exact opposite that actually breathes some life into the movie; the Chelsea character is the Horror movie’s atypical and unlikeable eye candy – the girl who grates on every self-respecting member of the audience so much they are kind of pleased to see her inevitably get sucked into the killer’s blades/teeth/hook hands. This said, Emilie Ullerup (True Justice series, Arctic air series) plays the character with a confidence that is lacking from much of the rest of the cast, and she well and truly leans into the stereotype; no matter how cheesy the line, she commits without embarrassment in a way that actually makes the character interesting. 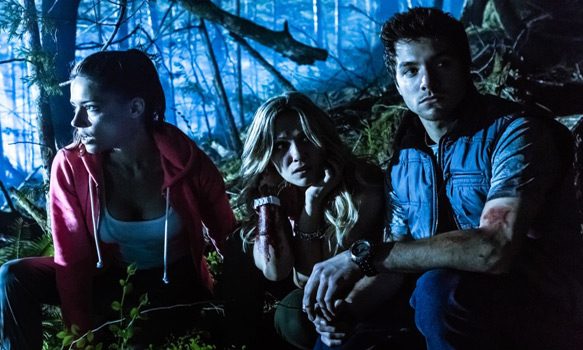 Ullerup might not be who the film expects the audience to care about, but her performance avoids stilted dialogue delivery far more effectively than that of her colleagues, and it is just that level of naturalism that makes her more engaging to watch. There is a performance from a set of twins in the film that is also so confident about being an on-the-nose character ‘type’ that it works well too, and it is these performances that hold up the narrative.

Blackburn’s visual style feels similar to its tone in that it seems to throw a whole lot of ideas at the wall, but never filters out what does not stick. While it is typically commendable for a film to break the bonds of its form with some visual creativity, this one’s invention fails to cohesively come together. Chartrand attempts to use the camera in a visceral way, ratcheting up the bizarre cinematography in accordance with the hysteria of the character it is following, but it often goes too far too much and does not feel like a natural extension of the story.

Occasional dalliances into jerky slo-mo and distorted color schemes do not so much incrementally introduce the tension so much as they do switch it on and off, as though the horror were binary when it would be served far more effectively if it was progressive. Some of the visual effects also distract far more than they enhance, and again, it is occasionally hard to tell what is really the result of a low budget and what is the consequence of the film not taking itself that seriously. 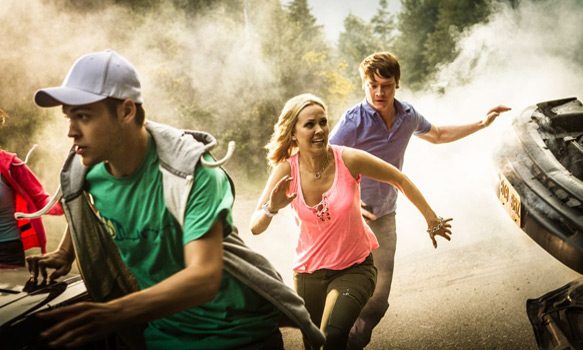 With one notable exception (the antagonists cackle is far too on the nose and overused), the audio is often notably effective; it often draws out the tension well in a way the camera work does not. As with all good Horror, it actually shows that the most effective exercises are those in restraint; by frequently not going overboard like the camera is happy to, the audio actually works a lot better at sucking us into the world. In particular, there is a truly satisfying bass to some of the sound effects, and there is a scene towards the beginning which juxtaposes a baby’s cries with screams of a more desperate nature in a genuinely clever way.

How much Horror fans enjoy Blackburn will probably come down to how much they enjoy the tropes it seems to delight in. There is not much subtle or revolutionary about it, but there are moments where simply none of that matters. This is either because the actors have breathed some life into the characters or enough of the film’s gears seem to be clicking with the idea of not taking itself too seriously. There is just a lot of the time between those moments that make one question, how much of the entertainment received from this is intentional? CrypticRock gives Blackburn 2.5 out of 5 stars. 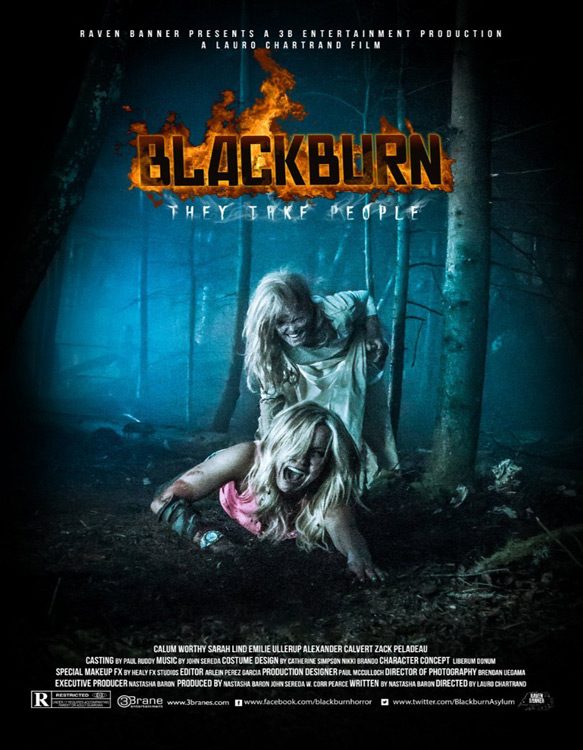