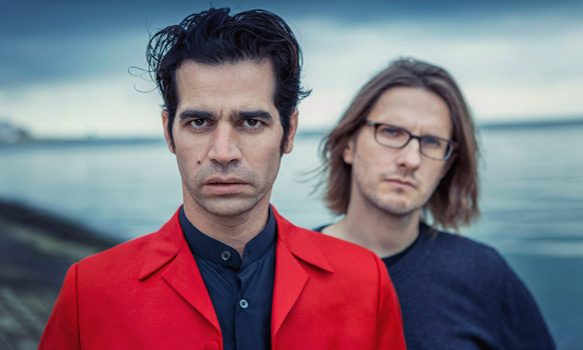 Collaborations between musicians can be an incredibly difficult task: it takes compromise, open minds and a vision. A challenge within itself but imagine working with someone who resides in an entirely different country?  It is hard enough trying to meet up with someone in the same town, the obstacle of being on different corners of the globe can be a daunting thought. Well, Israeli Singer-Songwriter Aviv Geffen and British Musician/Producer Steven Wilson have overcome such limitations with their compelling project Blackfield.

Joining forces some fifteen years ago, the talented Geffen united with Porcupine Tree founder Wilson to create one exceptional piece of music after another. While there was talks of Wilson leaving Blackfield following a tour back in 2014, it seems he could not stay away and they set their sights on releasing their fifth studio album, Blackfield V.

A body of work that was recorded over an eighteen month period in both Israel and England, Blackfield V is due in much of the world on February 10th, though it does not hit the North American market until March 17th.

The idea was to make an album that sounds like waves calmly hitting the shore, but still have it resonate with the listener. Adding this texture,  each song is its own unique wave calmly hitting the shore, making for a truly an amazing accomplishment. The album includes the talents of Tomer Z on drums; Eran Mitelman on keys; and last – but certainly not least – string arrangements by the incredible London Session Orchestra, who add a sense of cinematic scope to an already powerful album.

This backstory provided, Blackfield V opens with “A Drop in the Ocean,” an incredible piece of music performed by the London Session Orchestra which almost sounds like a scene from any James Bond film. From here on out, the album takes off in different directions, and one side is the figurative wave riding high and having fun.

This goal is accomplished with tracks like “We’ll Never Be Apart,” “Lately,” “The Jackal,” and “Lonely Soul.” Although the song that stands out most boldly is “Family Man.” Being the heaviest composition amidst Blackfield V, even though it does not seem like it should be included, it is not exactly out of place. There is still a sense of attachment to the album: the song’s chorus  is entangled with strong guitar and string arrangements, keeping it within the rules of the album and ensuring it will be a fan-favorite.

Taking a look at the polar opposite side of the album, the slower, much more delicate side, tracks like “How Was Your Ride?” “Sorrys,” “October,” or “Salt Water” create a feeling of waves calmly crashing on the shore. That said, there is no composition better than “Life is an Ocean,” where Blackfield capture the quintessential feeling of calmness. Opening as a vocal/piano combination, the song evolves into a full band ballad. Not taking away from the tranquil vibes, there is something really calming about the backup vocals which are quite majestic.

Thirteen songs in total, Blackfield V eventually comes to a close with “From 44 to 48,” a fitting end to an album about life cycles. Taking both parts of the album, it joins them together like one last wave as you leave the beach. With so much occurring in between it all, it is a near flawless conclusion.

Much like Queens of the Stone Age’s 2002 effort Songs For the Deaf, Blackfield’s Blackfield V is not a concept album but it does follow its own set of rules. Possessing this type of artistic freedom enhances the listening experience, making one appreciate the effort put into it all. There are not a lot of albums that are structured and made around a set of rules.

All this in mind, these songs are not necessarily meant to be listened to in sequential form. There is no storyline to follow; therefore listeners can indulge in each song at their leisure and still feel the power that is emitting from it without missing a beat. An album that everyone should experience at least once in their lifetime, Cryptic Rock gives Blackfield V 5 out of 5. 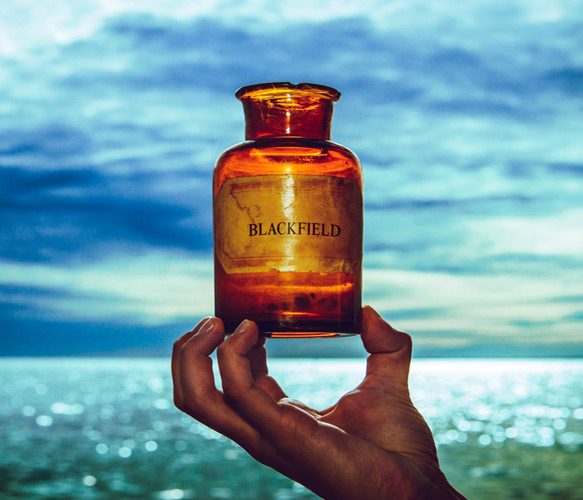