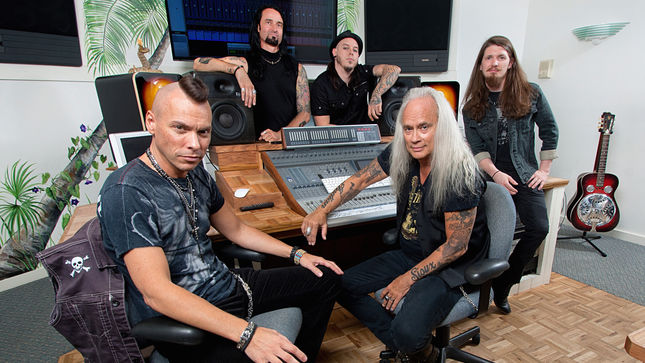 Coming together way back in 1969 down in Jacksonville, Florida, the band known as Blackfoot has been on quite a ride through the years. Formed originally with Lynyrd Skynyrd’s Ricky Medlocke and Greg T. Walker along with Charlie Hargett, Ron Sciabarasi, the band has endured their share of changes along the way. From band names and members, all the way to their image and sound, Blackfoot has seen it all. Then, in 2012, Blackfoot was resurrected once again when Medlocke put together a brand new lineup with himself acting as the band’s producer. Under his guidance, Blackfoot continues in 2016 with the current lineup made up of Brian Carpenter (bass/vocals), Tim Rossi (guitar/vocals), Matt Anastasi (drums/vocals), and Rick Krasowski (guitar/vocals) as they offer up the band’s first studio album in two decades, entitled Southern Native. Produced by Medlocke himself, Southern Native consist of ten tracks of Southern-driven Hard Rock which he says, “This record is head to head old school meets new school, classic to new Rock for a brand new generation!” That being said, Blackfoot’s return should not go unnoticed.

Released August 5th via Loud & Proud Records, Southern Native kicks off with a fast beat on the passionate “Need My Ride.” All about a car, this track is a love song meant to be played while thoroughly enjoying a dream car, a fitting way to put it into high gear and dig into the music. Next comes the title-track, “Southern Native,” which brings on a prideful feeling in one’s self and their home. Dressed with gritty guitars and steady kicking drums, Rossi’s main vocals are joined by backup vocals, bringing a vivid emotion to it all. Then, “Everyman” slows the roll with a single Blues style guitar before the beat continues on with that same style. A laid back cut, the vocals illustrate a story of a personal path everyone walks, all while connecting with each and every listener on a personal level.

Kicking back into high gear for a summer drive, “Call Of A Hero” jumps in with a dramatic introduction before infecting the audience with a heavy Country Rock feel and some killer guitar solos. In contrast, “Take Me Home” begins with soft strumming guitars as well as solemn vocals before an easy-going drum and an additional slide guitar fill the spaces. Reflecting on life’s struggles, the essence of a coming thunderstorm with no regrets is captured in vivid fashion. Changing it up again, “Whiskey Train” sees the return of more fast-paced Rock as Rossi’s singing matched with guitars come together to form a distinct Southern Rock style with a defiant attitude. Again, the guitar work blisters as the lyrics speak of not allowing a muse like alcohol consume one’s life.

Keeping the Hard Rock the main focus, “Satisfied Man” is introduced with a stomping tempo as Rossi sings about hard work as Blues-like guitars follow each work with raw emotion, adding contrast and diversity to the sound of the track. One of the most textured cuts off the album, “Ohio” ignites with a seemingly calmer beat by way of gentle vocals chanting “nah nah nah” before heavier guitars come in. From here, the mix of guitars reflect a dire situation presented in this song, while Rossi affectionately tells the story. Thereafter, like a freight train, “Love This Town” dives back into solid Southern Rock with speed guitar and drums before grittier vocals blast out fast lyrics. Certainly a danceable track, the guitars stand out with grinds and twangs that will have anyone wanting to break out their air guitar. This leads to the finale of Southern Native where “Diablo Loves Guitar” comes in with a dreamy Latin feel. Maracas and various other instruments mold the track into a wordless passion piece before an electric guitar elegantly comes in to add a touch of Rock for an epic instrumental closing.

Two decades since Blackfoot’s last studio album, Southern Native is a perfect example of the traditional Southern Rock, but with a modern flair. Each track offers up energetic beats and interesting stories as the album finds themes in the pride of home and heritage. With Medlocke’s crisp production and performing on many of the tracks with the rest of Blackfoot, this is an album that pleads to be played loud. CrypticRock gives Southern Native 4 out of 5 stars. 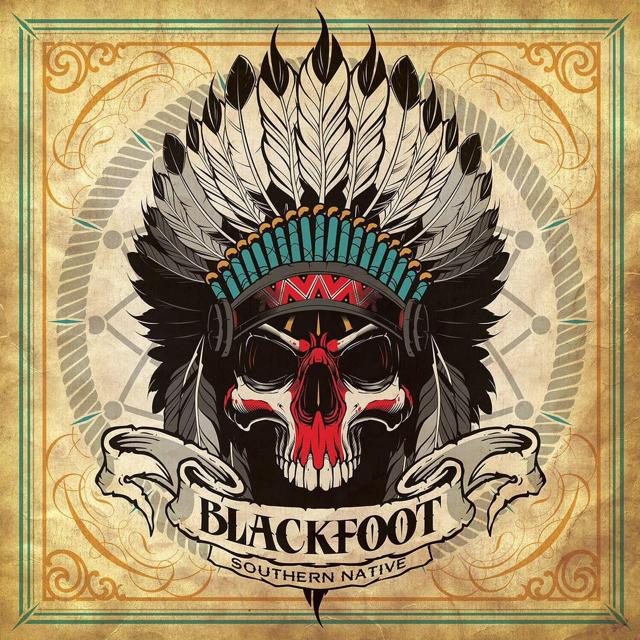