Blacklite District – To Whom It May Concern (Album Review)

January 4, 2017 Blacklite District – To Whom It May Concern (Album Review) 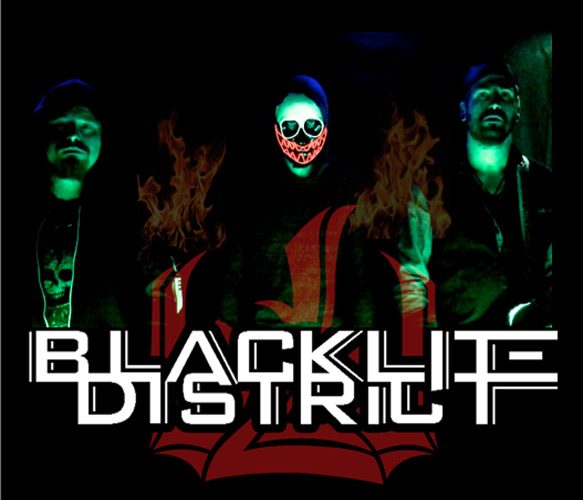 Sometimes the road to success is filled with its share of bumps and bruises. Originally come together fifteen years ago out in Spearfish, South Dakota, Kyle Pfeiffer and Roman James were just young boys with a dream to create music. Sticking together through thick and thin, they would soon form the band known as Blacklite District, a hybrid of Hard Rock and Electronic Rock. Relocating out to Los Angeles, California at one point and then to Orlando, Florida later on, the guys were well-traveled in their pursuit to share their music with the world.

Getting their first taste of fame back in 2013 with the well-received single “Take Me To The Grave,” it became one of the most requested on SiriusXM Octane in the blink of an eye. Following up with an even more popular single in 2014 with “With Me Now,” they soon hit the road with Saving Abel and Art of Dying in support of their debut album, Worldwide Controversy, and it seemed Blacklite District were well on their way.

Two years removed from their first major tour and the praise of Worldwide Controversy, it seemed relatively quiet for the band, leaving many to wonder what their next move was. Then, in May of 2016, they re-emerged with the energized single “We Are The Danger” and promises of their sophomore effort, to be entitled To Whom It May Concern. More well-rounded, wiser, and no less determined, they dropped To Whom It May Concern on October 7th of 2016 via AK19 Entertainment. Debuting at #53 on Amazon, the anticipated release came with much curiosity, and for those familiar with Blacklite District, continue to discover the new direction of the band.

Still comprised of the core, Kyle Pfeiffer and Roman James, many may associate James as the lead voice as heard on Worldwide Controversy, but in a surprising shift, this time around, Pfeiffer takes over the task with James providing backing vocals, guitar, and bass. A risky move, considering most listeners associate a band with the voice, Blacklite District, boldly, even alter the style of their music as well. Whereas many of the tracks heard on Worldwide Controversy were more straight ahead Electronic Hard Rock, To Whom It May Concern dares to broaden the spectrum, interjecting elements of Hip Hop and Pop to the mix. Combine that with the change in vocals, for intensive purpose, Blacklite District is almost unrecognizable to the mainstream fan.

Do not panic yet, while change can be scary and hard to accept, sometimes, once the dust settles, it feels just right. That is exactly the case with To Whom It May Concern. Now that they have the audience’s attention, they kick it into high gear with the more driven “We Are The Danger.” Dressed with thick guitars and an anthemic chorus, it should leave listeners on the fence comforted. Although, this was the single, so where will the remaining eight tracks go from here? Well, the answer to the that question is not so black and white. Proving such, there is the catchy, electronic-laden single “Broken Souls” where Pfeiffer shows that he can offer quite dynamic range. Matched with that and harsher backing vocals, it is a winning combination. Marrying the distorted guitars and electronic with more catchy lyrics is “Ghost of You and Me,” but their new approach really shines on “The Struggle,” the perfect Pop Rock crossover single.

Offering more harsh and dark undertones, “Them Days”could be viewed as a retrospective look at the band’s bouncing from one location to another in the past. An internal struggle of missing home and finding the will to fight on, there is an array of emotions projected through the sound effects and singing of Pfeiffer. Then, “Lights Out” brings on a glosser sounding keyboard and easy flowing rapping vocals of Pfeiffer, where many may check their player to make sure they put on the right album. The most Hip Hop influenced piece of the album, it is an interesting song about struggles and battling through to find the end of the tunnel. These themes of internal demons and overcoming them is transformed into a story-like delivery of “Right Now.”

Proving it is not all doom and gloom, “One Way” is much more upbeat, but no less heavy lyrically. The most vocally diverse song on the album; ranging from rapping, to singing, to screams, it fits the lyrics perfectly as Pfeiffer provides a warning to those headed down a path of self-destruction. Facing the storm straight on, “All About To Change” is an acceptance of starting with a clean slate and moving forward. Relieved of the burden, there is a sense of new hope found in the closing track “Higher Life.” Heavily synth-driven, it is a fitting ending to an album all over the map as Pfeiffer and James sign their names at the end of a letter to whom it may concern.

For a sophmore album, Blacklite District took a great deal of risk. They could have stuck with the formula and appeased listeners, but they choose to challenge themselves and do something different. Moreover, there is no question that the songs of To Whom It May Concern came from personal experience, and from the sounds of it, it does not seem it was all sunshine and rainbows. That in mind, it appears the band has weathered the storm and is on the right path, or the path they have chosen on their own. Quite a unique and catchy album that needs to be listened more than once to fully grasp its all, CrypticRock gives To Whom It May Concern 4 out of 5 stars. 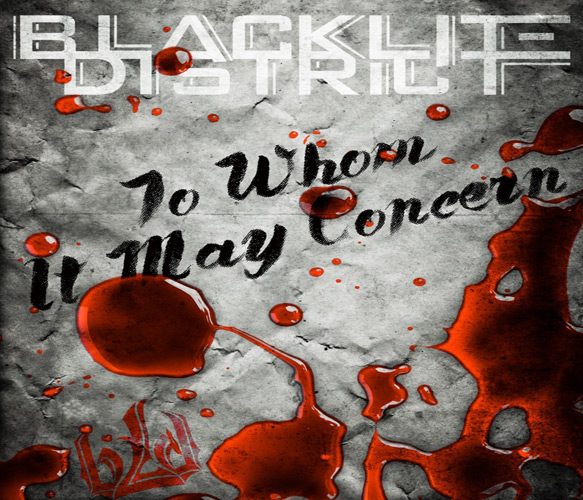