Blade of the Immortal (Movie Review)

Adaptations are a tricky thing to do right. The source material either needs more stuff to bump it up to feature length or, more commonly, stuff needs to be cut out. Then, one has to decide what can be cut and what should remain, and the longer the source material is, the more difficult it can get. That in mind, Katsuhiro Otomo’s 1988 Akira was a landmark piece of animation, but its plot was the result of cramming what was then 8 years’ worth of an unfinished manga into 2 1/2 hours and giving it an ending. It still went on to be successful worldwide, but few praise the story over the animation. 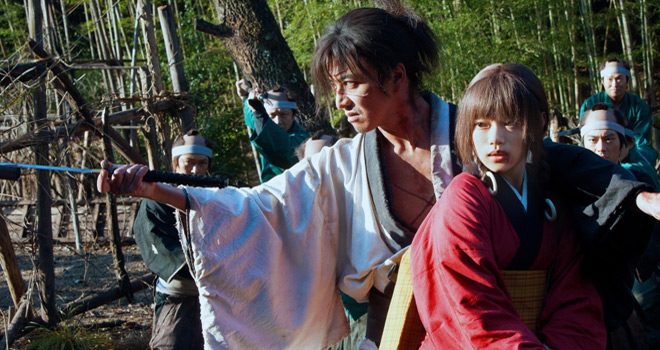 Takashi Miike (Audition 1999, The Happiness of the Katakuris 2002) is no stranger to the process though. From 1970s children’s cartoons to Nintendo DS lawyer-sims, he seems to be Japanese cinema’s go-to man for bringing a range of material to the silver screen. Between making the first of 3 chapters of the manga behemoth 2017’s Jojo’s Bizarre Adventure: Diamond is Unbreakable and next year’s book adaptation Laplace’s Witch, he brought out this film based on a manga that began in 1993 and only just finished in 2012.

Coming out on November 3, 2017 via Magnolia Pictures, Blade of the Immortal is about Manji (Takuya Kimura: 2046 2004, Howl’s Moving Castle 2004), a scarred samurai cursed with immortality by the witch Yaobikuni (Yoko Yamamoto: Daikyouju Gappa 1967, The Family 1974). He seeks redemption for his past crimes, and sees his chance when a young girl called Rin (Hana Sugisaki: Ouran High School Host Club, Han 2012, When Marnie Was There 2014) approaches him and asks for help. Her parents were killed by Anotsu Kagehisa (Souta Fukushi: Kamen Rider Fourze tv series, To Each His Own 2017), the leader of the Ittou-ryu school, and she wants revenge. Though reluctant, he agrees to be her bodyguard and the two set off to track Anotsu down.

It would take someone who knows more about the original manga to determine how faithful it is altogether. Though, for a straightforward revenge plot, even a first-time viewer is likely to notice things get more compressed near the end. The first half of the film is almost like an action TV series, with different Ittou-ryu warriors coming after the duo for a fight while Anotsu ruminates in his school. By the middle of the film, it gets confused and bogged down – introducing the Mugai-ryu gang and its mercenary-like member Shira (Hayato Ichihara: All About Lily Chou-Chou 2001, God’s Puzzle 2008) almost as quickly as it drops them. It does manage to find its footing again for the finale, bringing the focus back to the heroes and its main villain, but it is on shaky ground. 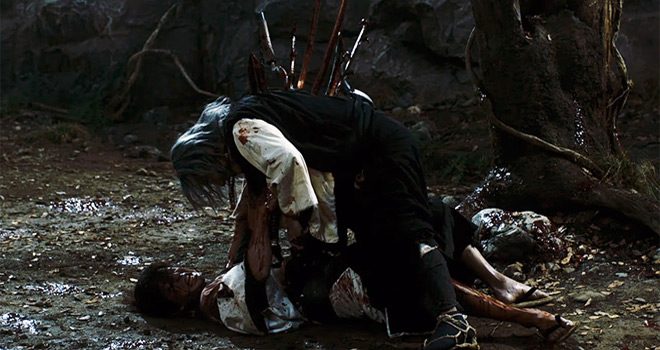 Not that it is a particularly high-brow or hard-to-get film, between the cynical, moody anti-hero Manji and the naïve Rin, it is essentially 1980’s Shogun Assassin with a teen girl instead of a baby. It could also been viewed as 2002’s Road to Perdition with feudal Japan-era samurai instead of Depression-era gangsters, or Wolverine and Shadowcat/Jubilee, whichever teen girl sidekick he gets roaming the wild together, for a Western comics comparison. There is the occasional bout of musing over mortality and the morality of vengeance, killing and dying, but likely not enough to get the grey matter going for most people. However, what will keep them in their seats are the action sequences.

Typical sword tropes like the cross-counter slash (two warriors run past each other, seemingly slicing each other as they do, but only one falls) or the delayed reaction slice (a warrior’s body part slowly slides off them after being slashed) are absent in favour of straight-up bouts of clashing blades, ambush tactics, and sudden strikes and stabs. Combined with the understated, yet grisly gore effects, this makes the film feel more realistic (despite the outlandish anime-esque wigs and costumes). Though some camera cuts do suggest some of this may be a cost or time-saving measure than by design, such as cutting to reaction shots after slices before cutting back to see dismembered limbs or a fallen character.

What is more typical is the lead character himself. Kimura plays the world-weary, cynical anti-hero Manji well, but it is a character as familiar as the revenge plot. Anyone who’s heard of Spawn, Blade, or, perhaps most apt, Wolverine, knows what to expect. Despite the curse and trope, Kimura shows enough emotional range and vulnerability to give the audience someone to root for. Fukushi’s Anotsu is a more ambiguous villain than most in comparison. He is not outwardly evil, but still not good either. He suffers almost as much as the protagonists in his goal to spread Ittou-ryu across Japan, but his ambition makes the righteous suffer with the wicked. He is the strongest example of the plot’s commentary on morality, but not the strongest example of an ambiguous character altogether. 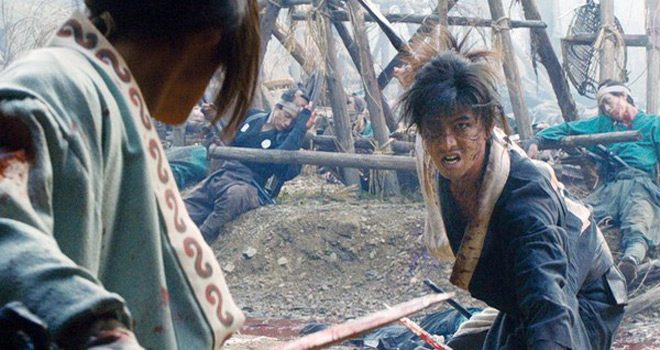 Between Anotsu’s aloofness and Manji’s moodiness, stands Sugisaki’s Rin. She is simultaneously a damsel in distress, a sidekick on the side lines, and an equal protagonist to Manji. The character is as familiar as Manji’s anti-hero – Miike’s Ace Attorney adapted a similar character in Maya Fey – but her strong performance helps her stand out, showing grief, drive, anger, and affection. She also has good on-screen chemistry with Kimura, making the emotional bond that forms between the characters more believable. Her character needs him for her revenge, but he needs her just as much for his redemption. For a non-romantic, unrelated pairing, they show more feeling for each other than a lot of on-screen lovers or family members do.

So, while Blade of the Immortal treads familiar grounds with its wobbly story and standard characters, it is still entertaining nonetheless. It has enough emotional depth to pull the audience in, with some strong acting performances, and some good, if not flawless, camera work. Those looking for something more thought-provoking will not find it here, but it is not completely mindless, and it does have heart. For these reasons, CrypticRock gives Blade of the Immortal 3.5 out of 5 stars. 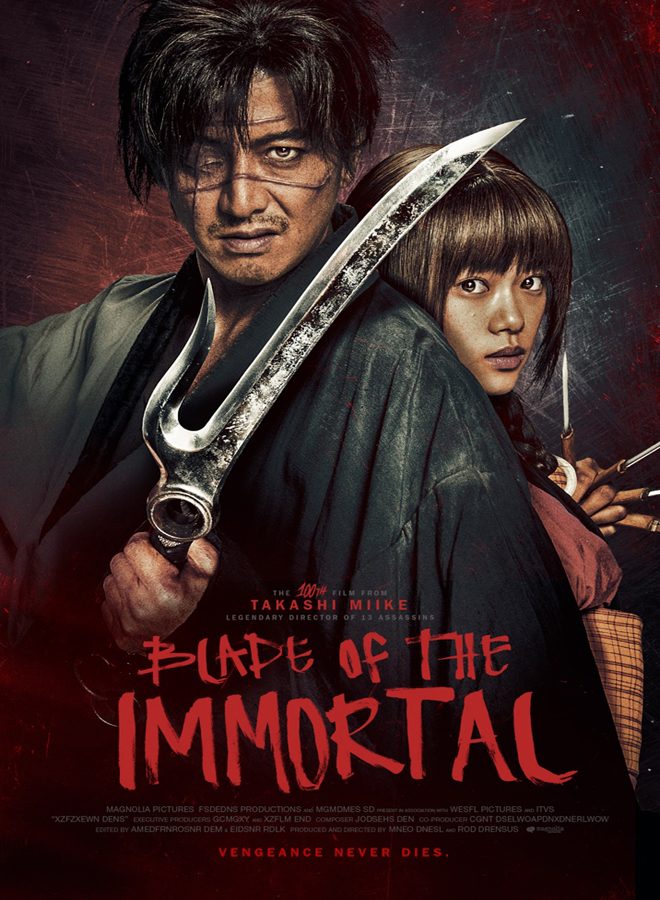