Intended as a direct sequel to 1999’s massive Horror hit The Blair Witch Project, 2016’s The Blair Witch hit the ground running with the zealous reaction of Horror enthusiasts. Directing the movie was Adam Wingard, notable for his work on other films in the genre including 2008’s Paradox Mary and 2011’s You’re Next. Released in theaters on September 16th via Lionsgate, the new chapter intended to take fans back into the Black Hills Forest. 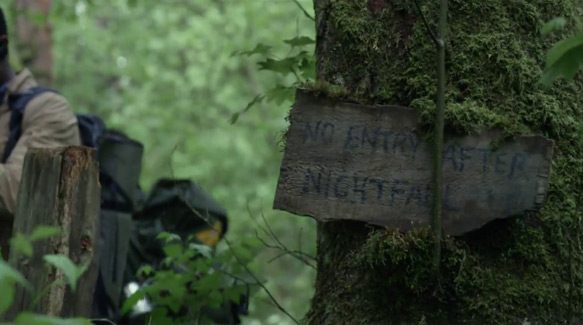 Since losing his sister around seventeen years ago to what were previously inexplicable circumstances, James Donahue, played by James Allen McCune (Pauline in a Beautiful World, 2013 and The Anna Nicole Story, 2013) takes his close friends into the woods after seeing the DV tape of his sister’s last moments, believing she may still be alive. Best friends Peter Jones, played by Brandon Scott (Wreck it Ralph, 2012, Walk of Shame, 2014) and Ashley Bennet, played by Corbin Reid (How to Get Away with Murder, 2016, Kingdom, 2016) follow Peter in his quest, and alongside them acquaintance and film student Lisa Arlington, played by Callie Hernandez (La La Land, 2016, Alien: Covenant, 2017) who wishes to document their excursion.

Also tagging along on the insistence of Peter are the two internet personnel who surfaced the more recent Blair Witch footage: Lane, played by Wes Robinson (Player 5150, 2008, The Genesis Code, 2010) and Talia, played by Valorie Curry (The Twilight Saga: Breaking Dawn, 2012, and The Following, 2013) try to get what they believe will be an upper hand on the witch. The crew plans extensively to avoid the mysterious end of prior investigators by bringing some expensive tech and strategic planning, which of course all falls to pieces. 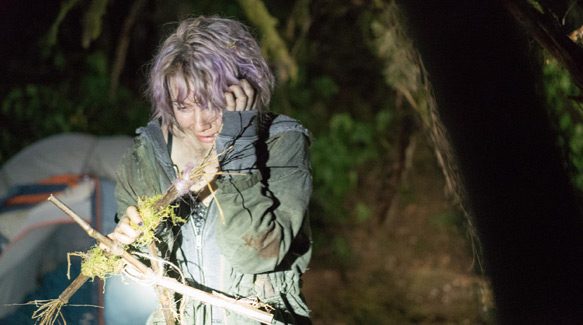 In what seems to be a modern reliving of the strange and unnerving events, the group finds themselves experiencing what viewers will remember The Blair Witch Project’s group going through; stick figures hang from the surrounding trees, causing the group to elect to leave, and sure enough, they end up injured and lost in the woods, moving in what seems to be circles. Soon pursued by an unknown malevolent entity, referred to as the Blair Witch, the crew starts to lose their sense of reality and soon their lives, one by one, in a linear approach to the original film. Up to its old tricks to cause hysteria and hallucination, the malevolent entity violently tears through the crew, leaving only video footage behind in the grisly end.

Using the original movie as the plot device and map is both the Achilles heel and crux of strength in a roundabout way for the film, as it was a more successful approach than previous successor, 2000’s Blair Witch 2: Book of Shadows. However, if viewers are expecting survivors or deviance from the original plot device, they will be disappointed; as it is made clear from the start that no one will escape the Blair Witch. Taking the movie for what it was meant to be is critical- it is a follow-up to a plot used way before the “caught on film” craze was a thing, set in modern times where people are used to electronically documenting their experiences.

Once again, in a callback to the original 1999 style, the film aesthetics remain very much in the same strain of camcorder and “trick of the eye” glimpses of the witch in the woods. Though the aesthetics have faced scrutiny in the face of reviewers, its deeply bleak and deserted forest landscape in muted and washed out color make for the perfect mood setter of the film. It allows the film to provoke the right amount of dread in the viewer. From the twisting branches of the black landscape of trees, to the dilapidated state of the famous cabin, the aesthetics captured a perfect mood. 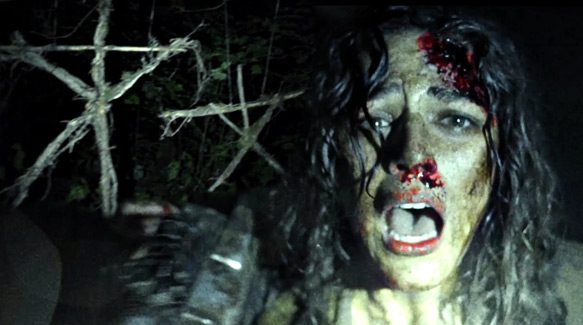 Alongside the otherworldly, nightmarish landscape, is Wingard’s equally dysphoric soundtrack, created alongside ambient music producer Robert Rich. Showcasing their talent for crafting sinister and dissociative, creepy music, they capture the horrid whimsy of the landscape and terror of the crew from its first to last moments alive. Notably ambient and creepier tracks include “Blair Witch” and “The House in the Woods,” though the whole score is appropriately written to induce a little existential terror in this psychological thriller.

Overall, the film is an experience in nostalgia, providing a concept that has since been overdone from when it was new and bold. Horror enthusiasts can take delight in the creepy aesthetics and familiar dread that the Blair Witch provides with its mysterious and strange entity. For this reason, Crypticrock gives Blair Witch a 3 out of 5 stars. 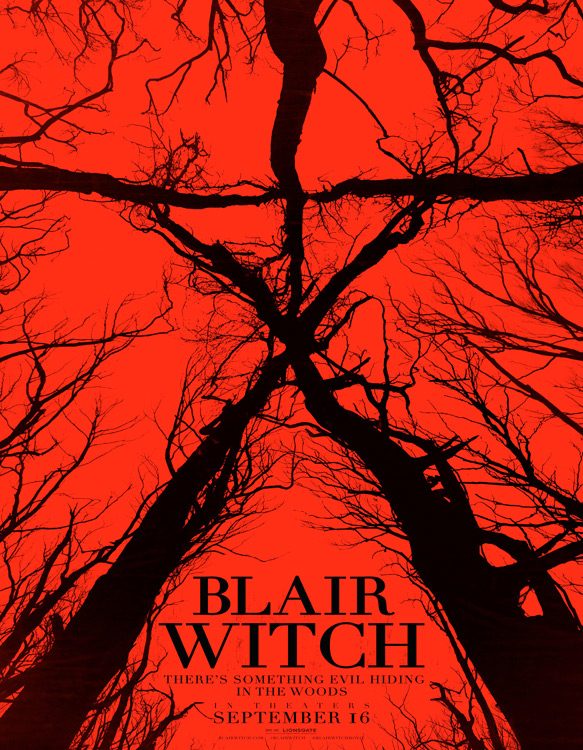