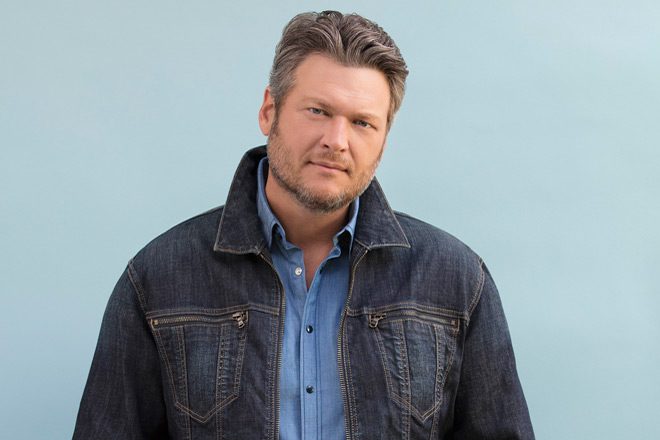 Certain figureheads of Modern Country are just known – by Country fans, by Pop fans, by your grandmother Thelma. Blake Shelton is certainly a much-beloved and well-known personality, and he returns to eardrums this Friday, November 3, 2017 with Texoma Shore thanks to Warner Brothers Nashville.

Oklahoma born, Nashville superstar Blake Shelton burst onto the Country music scene back in 2001 with his eponymous debut. Over the next fifteen years, the boisterous Country boy would release eight studio albums (along with a Christmas collection), ranging from 2003’s The Dream to 2016’s If I’m Honest. A personality-and-a-half, Shelton has been embraced by media and fans alike for his contributions to NBC’s smash hit TV series The Voice: though before he became a household name, Shelton was a much-beloved superstar in the Country community. An eight-time Grammy Award nominee, a member of the Grand Ole Opry and winner of more accolades than one mere review could count, Shelton is a talented singer-songwriter who continues to have much to offer to his fans.

Texoma Shore – the title being a nod to Shelton’s Oklahoman roots – marks the tenth full-length studio offering from this titan of Modern Country, fraught with Pop sensibilities infected with Country twang, infectious love and happiness, and the easy-going confessions that are the hallmark of Shelton’s musical career. Produced by long-time collaborator Scott Hendricks (Brooks & Dunn, Faith Hill), this eleven-song collection is exactly what the doctor ordered!

Texoma Shore opens to this Country boy making big plans on the superbly infectious happiness of “I’ll Name the Dogs.” Sonically speaking, there is a definite rusticity to the twang of “At the House,” though lyrically, the easy-going, low-maintenance Mr. Shelton gets a little sassy while star-gazing with his lady-friend, celebrating some one-on-one time. He goes slightly experimental on the Country meets Electronic beats of “Beside You Babe,” a deeper drawl of love for his (much) beloved. At this point, it does not take a Mensa-level IQ to figure out that Shelton is in a beautiful place right now, personally speaking.

Gentle banjo strokes open up the curious “Why Me,” a plea to ask how does a reckless, rebel Country boy get to be so lucky in love? A beautifully romantic song with a trotting pace, this is an emphatic sway of joy that is destined to become a wedding favorite. Though, just in case you have grown a little sick of all the happiness, Shelton mixes it up with “Money,” where a cash register chimes, kicking off a witty look at low-budget living and how, despite barely being able to afford to squeeze the Charmin, the green stuff ain’t everything in life.

The glorious “Turnin’ Me On” conjures images of 1980s Fleetwood Mac, scarves a-swayin’ to the seductive lilt of this catchy stunner. Meanwhile, when a boat trapped in a bottle meets the ocean, the magnetic chemistry is “The Wave,” another gentle hip-sway of love and laughter. Afterward, Shelton moves away from his happy place for a momentary glimpse at an old lover who is moving onward, as she has been there, done that, and “Got the T-Shirt.” While this is a gentle play on the cliché, it makes for a catchy little number that is rustic-infused, authoring a story that conjures images of a lonely cowgirl in a white t-shirt and tattered blue denim jacket.

Getting tangled up in the sheets the morning after a Whiskey-meets-Pinkatini rendezvous, “Hangover Due” is a flirty little play on words that shows Shelton’s playful side. Watch out, those toes are going to tap! Continuing on his alcoholic bender, Shelton questions love confessions tainted by a bottle of red in “When the Wine Wears Off.” It is a plea that alcohol-laced confessions are truth, and that yes, his lady is in love. It sounds beautifully wistful but there are still moments of Blake’s trademark sense-of-humor as he wishes to not awake to heartbreak and a hangover. He does, in fact, wake up on the right side of the bed to embrace his roots in a proper send-off, cranking up the slide-guitar and rustic tinges on “I Lived It,” a gentle album closer that returns this Country boy to his storytelling roots.

Texoma Shore is Blake Shelton at his happiest: bubbly, infectious, and very much in-love. In fact, dare it be said that this newfound joy for life has allowed Shelton’s vocals to truly soar, amping up his already solid and impressively fun performances. Do not expect keen insight into current events or intellectual debates, no: Shelton is a simple man of simple pleasures who enjoys a little whiskey, some laughter, and a whole lotta love in the sticks. There is no reason not to smile when you are spending time with Texoma Shore, and for this, CrypticRock give Blake Shelton’s latest 5 of 5 stars. 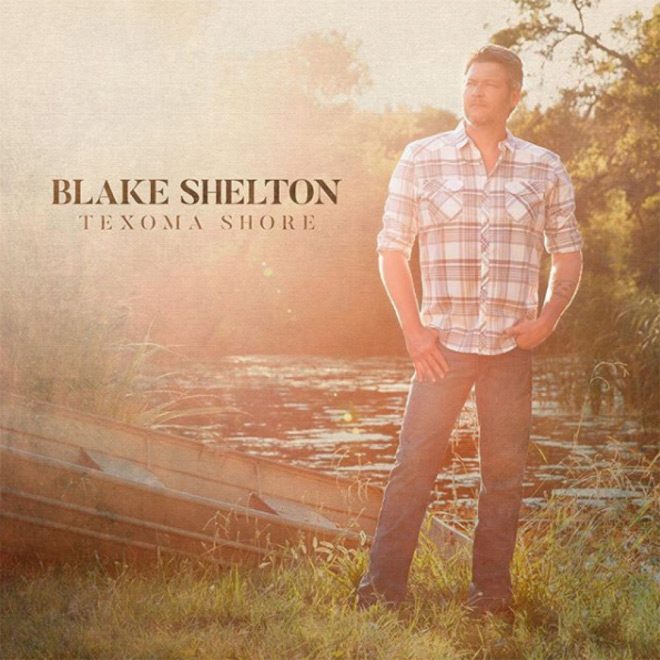 Blake Shelton – Body Language (Album Review) AFI – Bodies (Album Review)
Like the in-depth, diverse coverage of Cryptic Rock? Help us in support to keep the magazine going strong for years to come with a small donation.