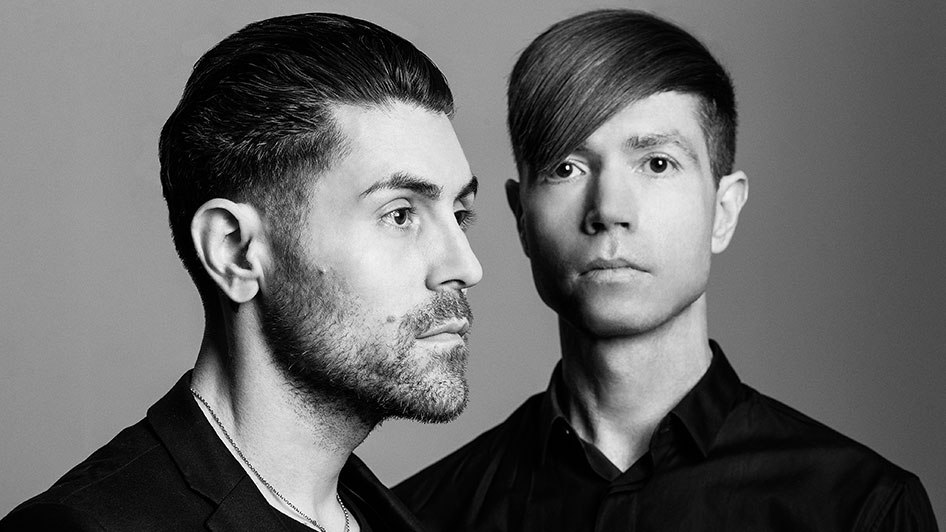 Initially formed back in 2001, the side project known as Blaqk Audio has grown into something much more than an idea. Begun by Guitarist/Keyboardist Jade Puget and Vocalist Davey Havok of adored Californian Punk Rock band AFI, the two musicians began writing music for Blaqk Audio rather quickly. Due to the busy schedule of AFI, they would not have time to devote to the project until 2006, and that resulted in their 2007 debut album, CexCells. A surprise to AFI fans, Blaqk Audio took on the style of some of New Wave’s best acts including Duran Duran and Devo, some of the first acts Havok began listening to as a kid.

Finding time to devote to Blaqk Audio in between AFI, the Electronic duo has toured internationally, and in 2012 released the impressive sophomore album Bright Black Heaven. Shifting slightly in directions with this record, it would also be a success, leaving audiences wanting more. Now four years later, Puget and Havok have finally released their long awaited third full-length album. Going under the name Material, the album was released on April 15th through Blaqknoise/Kobalt and is eleven new tracks of original Blaqk Audio tunes for fans to sink their teeth into.

Starting Material off strongly is the track “Waiting to Be Told.” A little dark, with some bright sparks, the song slowly unravels and wraps around the listener’s mind. Then comes “First to Love,” which chases away all the darkness and spreads love through catchy and electronic melodies that will get anyone moving. Bringing on a party vibe, “Ceremonial (Burst into Stars)” features more inviting and colorful electronic melodies which are combined with warm vocals from Havok that vary between strong and soft, creating an emotional roller coaster. Changing the mood up a bit is the almost Industrial sounding “Anointed.” Marking the first single released off Material, the thick bass line is matched by mellow vocals and textures of synth here and there before the song kicks in full blast for an almost Duran Duran feel. The strong melody is combined with powerful vocals that will urge anyone to shout them out loud.

The album continues with “To Be Alone” with a softly sad song that is pushing the listener through even the toughest loneliness. Building tension as it moves along, the drone-like beat is complemented by a killer array of electronic effects and well-written lyrics. Perhaps the most serious and strongest track of the album comes with “Black at the Center,”which carries the heaviness of truth inside it. Possessing the heaviness of heart, this song will provoke many to think of the torment of love. This feeling only lasts for a little while, because then “Curious Friends” begins and it features the catchiest chorus of Material. Easy to memorize and to sing along to, this track will get everyone on the floor at dance clubs. With Havok taking on a vocal style similar to Dave Gahn of Depeche Mode during the verse, the accelerated beat is similarly irresistible.

At the midway point of Material comes the mother track for the dance floor in “Graphic Violence.” Beginning with a fast, colorful, and catchy rhythm that continues throughout the song, it is a perfect Synth Pop cut that will keep everyone in motion. Then, taking it down a notch or two, is the darker “I’m a Mess,” which is a powerful, memorable love song. With a relaxing atmospheric sound, it is heartwarming and honest with a touch of despair, just like being in love. Thereafter comes the album title track “Material,” which is self explanatory. Lyrically about materialism, the work is quite provocative. Creating a dream like vibe, the words are tucked behind some of the melodies that will get the listener dancing, instead of listening. Nonetheless, the song surely deserves a moment of close attention. This is before the record closes out with the addictive Electronic song “You Will Hate Me.” A harder beat matched with harmonized vocals creates a wonderful texture to keep hearts pounding until the final note.

Darker than their previous material lyrically, Material is a haunting album with songs to dance and go crazy to, as well as slow down and listen to closely. Havok’s voice will pierce the heart, whilst the undeniable melodies will get trapped in one’s mind. With that said, Material was worth the wait. CrypticRock gives this album 5 out of 5 stars. 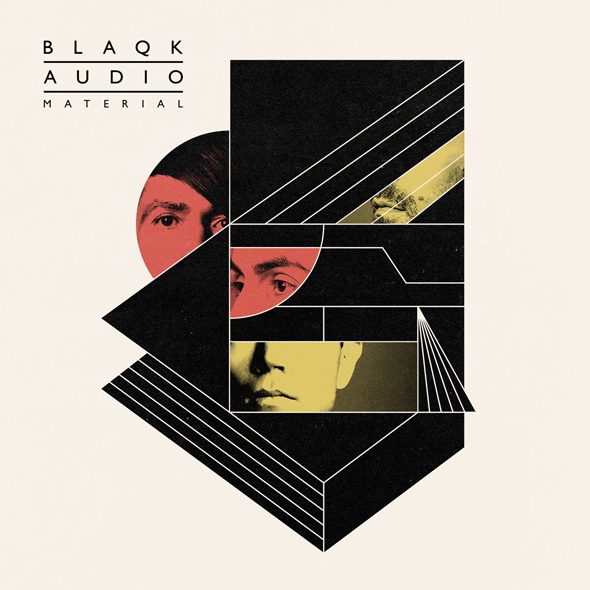