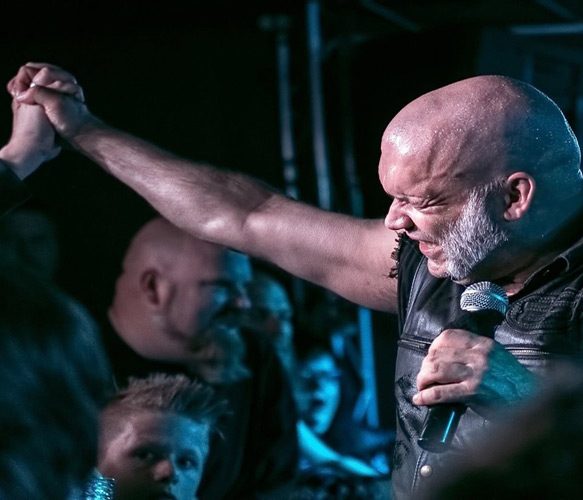 Famously known as former vocalist of Heavy Metal icon Iron Maiden, Blaze Bayley has been a creative force in recent years. Beginning back in 1963, growing up in Tamworth, West Midlands, he formed Wolfsbane in 1984. A humble beginning, Bayley found fame after supporting Iron Maiden on tour in 1990, a band he would go on to be the frontman for in the years to follow. Recording two albums with Iron Maiden, 1995’s X Factor and 1998’s Virtual XI, Bayley spent five memorable years with the band before Bruce Dickinson’s return.

Going on to form his own band, BLAZE, Bayley continued to dish out original material. Since deciding to focus on his solo work, Bayley began the first part of a new trilogy back in 2016 with Infinite Entanglement. An exceptional collection of songs, the saga continues in 2017 with the new album, Endure and Survive (Infinite Entanglement Part II), which was released on Friday, March 3rd via Blaze Bayley Recording.

A continuation of Infinite Entanglement, the next chapter was written by Bayley, Guitarist/Vocalist Chris Appleton (Absolva), and Acoustic Singer/Songwriter Michelle Sciarrotta (Fall Girl) as a Sci-Fi concept album that follows the exploits of William Black. Recorded at Robannas Studios in Birmingham, UK, the songs were produced by Bayley and Appleton.

With the impressive team on board, the music begins with “Endure and Survive” with death and a fight for life while the use of choir adds a sinister edge. The spoken word gives it a War Of The Worlds feel and Bayley’s vocals are as sublime as ever. Next, “Escape Velocity” speeds along providing tight music as the lyrics tackle Science Fiction, space travel, and religion. Moving along, Space Pirate would best describe “Blood’s” theme, as William Black is portrayed as a killer. The use of spoken word creates the link in the story being told and cleverly mixes the vocals with dark undertones, blood-curdling screams, as well as suspense.

With a combination of acoustic and electric guitars, “Eating Lies” is a feast of musical skill while Bayley’s vocals have a richness that feeds the soul. Although, Appleton’s guitar work is the standout element of this track. Then, “Destroyer” possesses a classic NWOBHM style with a threatening tale wrapped around it. Here, there are soaring vocals that lend themselves to an adoring audience shouting them back at the performers, all with a thunderous drum beat throughout.

Introduced by a whispered message to the protagonist, “Dawn of the Dead Son” has choral segments intertwined with hard, brutal verses and wondrous guitar riffs that are given space to drive the song. This is prior to the infectious “Remember,” which has a folky, acoustic, fun, and light interlude. No doubt a bright moment, it will bring a smile to the listener’s face in the darkness of the story as female vocals complement Bayley’s gruffer vocal style.

Hooking the audience back into the storyline, “Fight Back” pounds as the guitars deliver blow after blow through intricate chords and fierce riffs. Thereafter, with a symphonic styling in the chorus, “The World Is Turning The Wrong Way” has a sense of resignation and fatalism before the album concludes on a real high with “Together We Can Move The Sun.” Uplifting and hopeful, yet tragic and desperate, the final track brings a cliffhanger to the story; enthralling and enticing listeners for the third part of the trilogy.

Blaze Bayley is firing on all cycles with this new album and has certainly found chemistry with the current collaborative team on board. He should be a bigger name than he currently is, but at the same time, his independence gives him the freedom he needs. With live shows that are a force-majeure matched with Endure and Survive, Bayley continues to satisfy the hunger for a classic style of Metal. Scheduled to release the final chapter of the album trilogy in 2018, until then, CrypticRock gives Endure and Survive 5 out of 5 stars. 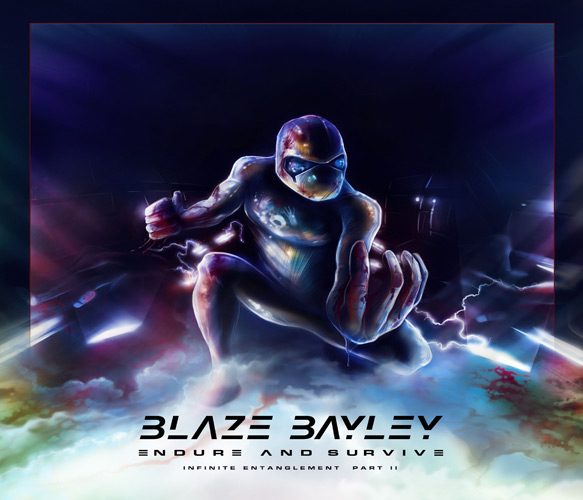