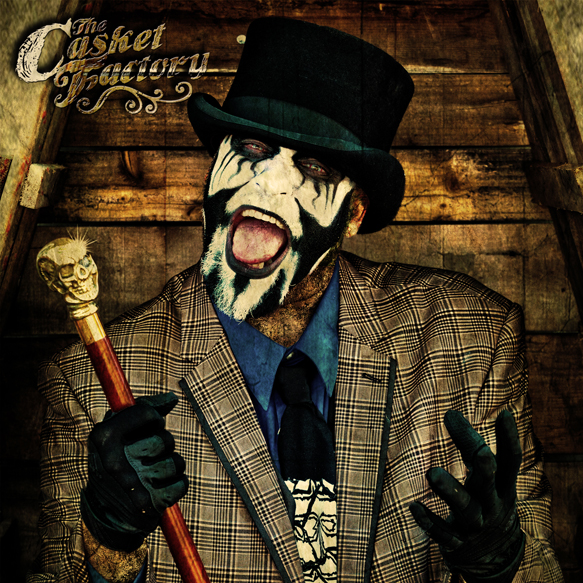 Hailing out of Michigan, Blaze Ya Dead Homie is a Hip Hop artist which has been on the scene for some time now. Debuting with his album 1 Less G n da Hood back in 2001, he went on to drop three more successful albums via Psychopathic before going Independent around 2013. Now a part of Majik Ninja Entertainment, he released 2014’s Gang Rags: Reborn to more positive feedback in the charts. Consistently active, Blaze is set to unleash his sixth overall album, The Casket Factory, fresh out of the Dojo of Majik Ninja Entertainment, in 2016. The buildup for this album started at Twiztid’s seminar at the 2015 Gathering of the Juggalos this past July. Something that the demented duo, as well as the entire Majik Ninja Entertainment crew, kept saying was, that this was a Blaze you have never seen or heard before. It looks like they were right because in its first week, The Casket Factory came out hard on the Billboard charts. In the overall top 200, it took the 89th spot, the best any of Blaze’s previous albums. The acknowledgment did not waiver in additional categories though, #42 in the Top Album Category, Number #5 in Top Rap, and Number #4 in Independent. Not a bad way to break out with a new album.

Fans’ official first taste from The Casket Factory was “Ghost,”  a track that was released on October 2nd. The track comes in at number 3 on the album and features past tourmate Kung Fu Vampire. It features a great beat, something one can turn up in the car and sing along with the hook. Following a month or so later, Blaze released the first video off  The Casket Factory for the track “They Call That Gangsta.” Shot by the talented Jason Shaltz, this first listen for fans for the yet to be released album features fellow Majik Ninja Entertainment artists Lex the Hex Master and The R.O.C.  A mix of some ’90s Rap with sounds listeners are familiar with today, it is another solid track by the dead man. After these two samples, everyone was ready for The Casket Factory to drop, and it finally did on January 15, 2016.

Many pre-ordered the album through Twiztid-Shop, receiving it three days prior to official release, giving them an early listen. Eager to fire up the album, after “The Funeral” intro, “2 Middle Fingers” immediately jumps out. Featuring a great beat one can bump to and a hook to sing along, it is a great hype track all around. In particular, there is one piece that stands out in the words, ”Time to welcome back ya dead homie.” That is exactly what the theme of this album is, Blaze’s welcome back on a new label with a new and improved sound.  Another standout moment comes on track 5 with “The Way U Look B4 U Die (feat. DJ Swamp).” This song has casket maker written all over it and really establishes Blaze as such.  The lyrics are bold and he really brings out the wickedness in the beginning when describing himself as the reaper, as the casket maker, he brings the death. In the chorus, it almost seems like he is speaking to his latest victim, describing to the listeners what he is seeing, but then going back and forth from talking to what one can assume is his latest victim.

Additional highlights include track six, “Ratchet,” featuring ABK. This is just a fun song with a sing-along type chorus with a touch of Funk in the sound. Then, of course, later on, listeners will love the triple threat song “Necromancy” featuring Twiztid themselves. There is nothing like when Twiztid and Blaze get together on a song, and this one is no different because it is guaranteed to tattoo itself on listener’s mind. It is catchy and absolutely one of those tracks that when Blaze and Twitzid tour together, everyone will want to hear live.

So, what makes The Casket Factory different than Blaze’s previous albums? The answer is simple, creative freedom, something he may have not had enough of in his Psychopathic days. In addition, he had an amazing talented partner to collaborate with in Jamie Madrox, who worked very closely with him to write and produce The Casket Factory. They spent countless months together in the Dojo perfecting the sound and direction of the album. This is just another example of the talent coming out of Majik Ninja Entertainment and music they are providing current fans as well as recruiting new people to the Horrorcore movement. For Blaze, this is the start of a new era. He has changed up the paint for a fresh look, and the sound on the album is like nothing anything anyone has heard from him in the past. CrypticRock gives this album 5 out 5 stars. 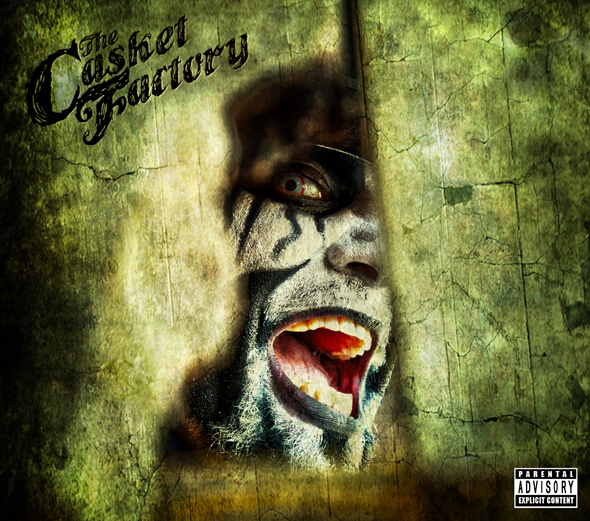