Blessthefall – To Those Left Behind (Album Review)

December 23, 2015 Blessthefall – To Those Left Behind (Album Review) 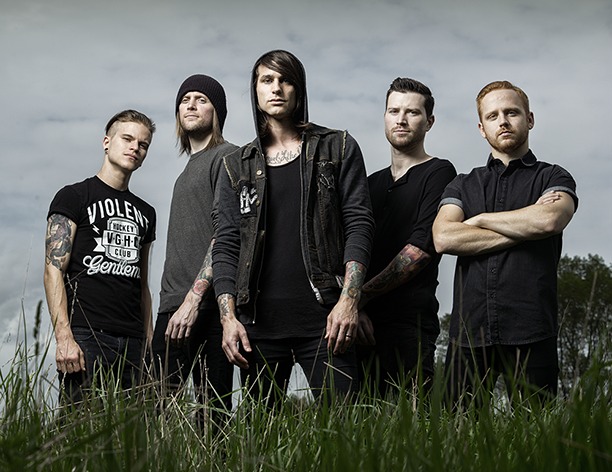 Originating in Phoenix, Arizona, Blessthefall is a band which began like many, with passion and dreams. Minus mainstays Eric Lambert (lead guitar) and Matt Traynor (drums), the band underwent most of its changes in the early stages of their career, including the departures of original lead guitarist, Miles Bergsma, and Keyboardist Andrew Barr, who to this day is the sole keyboard-only member the band has had.  Craig Mabbitt (currently of Escape The Fate) originally fronted the band and was featured on their 2007 debut, His Last Walk, before his split with the group later that year. With Bassist Jared Warth temporarily fronting the band in the absence of a lead singer, the group searched for almost a year, and officially announced the addition of Beau Bokan as the singer of Blessthefall in September 2008, thus laying the groundwork for the lineup everyone knows today.

With Bokan on vocals, Blessthefall continued to put out a new release every two years beginning with 2009’s Witness, followed by their third release, 2011’s Awakened, both produced by Elvis Baskette (Alter Bridge, Chevelle).  With the addition of Bokan brought around a vocal change in the music, not only stylistically with Bokan’s singing compared to Mabbitt’s, but also with the fact that Bokan handled all of the clean vocals while Bassist Jared Warth stepped in to provide almost all of the screamed vocals. Finding comfort in their progression, Blessthefall found themselves experimenting more heavily with clean vocals on Awakened, as well as incorporating more driving, melodic-based guitar riffs with the help of their newest addition, Elliot Gruenberg, who replaced Mike Frisby at guitar in February 2011.

After fully grasping their change as a band in working with Baskette, Blessthefall turned to renowned Metalcore producer Joey Sturgis to take on their fourth album, Hollow Bodies.  Though some may view Sturgis as a safe and easy go-to producer in the genre, the decision proved to be the right one as the record climbed to #15 on the Billboard 200 and topped the Hard Rock chart at #1.  With Sturgis once again at the helm, Blessthefall honed in on the sound they discovered on their previous release when they went back into the studio to record their latest offering, To Those Left Behind.

Opening with “Decayer,” structurally, the track is reminiscent of their previous album’s opener with its ominous electronic swell into a hard-hitting breakdown and driving rhythms accompanied by Warth’s screams.  The chorus comes in earlier than its predecessor and in the form of 2 parts – a big open chord segment followed by a melody-driven breakdown on which Bokan gives us a taste of his ability to write catchy, more Pop-influenced vocal melodies.  From the start, the group proves that they have continued to expound upon their impactful, heavy guitar sections as they move into the album’s leading single, “Walk On Water.”  This song powers through successfully, showcasing the dynamic range the band has developed.  The opening section and verse are fast-paced and punishing while the pre-chorus lets the music breathe with a soft clean guitar that is almost ambient.   Furthermore, Bokan’s vocals soar in the chorus, which is once again, very catchy. It is on this cut fans also get a chance to hear screamed vocals provided by Gruenberg upon the outro, which is accompanied again by ambient clean guitar which makes it sound as if it is be played through streaming water.

Continuing with“Dead Air,” it is a very well-written and more generally accessible song as all of the vocals offered are clean.  Metal-goers will be drawn in by the fast, shredding intro riff as listeners of all genres will find comfort in the uplifting chorus and soft verse and bridge. “Up In Flames” comes in next, similarly matching the tone of “Dead Air” before bursting back into a heavy riff that has a similar feel to the one found on their previous album’s title track. The first track to be released to public from To Those Left Behind, it is easy to see why, because “Up In Flames” provides a few dynamics by calming a bit in the pre-chorus, but for the most part, drives fast throughout while still providing infectious melodies.

“Against The Waves” opens up hard and takes no prisoners.  With the exception of the chorus and pre-chorus, the song sticks to a very heavy feel that focuses on impact rather than melody.  However, the chorus provides a great contrast and it is clear that Bokan’s poppy vocal tendencies on this record were actively sought out and cultivated during the writing process.  This style continues on with “Looking Down From The Edge,” which again, provides the same vocal flair from Bokan.  The song also adds an interesting, almost ’80s style synth pattern in the main riff that brings a new feel to the record.

At this point, it is apparent that the group took inspiration from the song styles they had created on Hollow Bodies and dove deeper into them. With that said, next comes a track very similar to “Buried In These Walls” from that record. That is “Keep What We Love & Burn The Rest” which relies heavily on electronic beats and ambient effects to carry the instrumental elements of the song.  However, different from “Buried In These Walls,” this track has a more prominent Hip Hop feel to it and the full band emerges at the climax to give the song a strong ending. At this point, most Blessthefall fans are likely wondering if a song like “Open Water” from Hollow Bodies will appear on To Those Left Behind. Honestly, from all the tracks on the record, “Condition // Comatose” would certainly be that song which comes in at the right time and flows in perfectly from the mood that has been set.  The instrumentation is well-written but purposefully takes a back seat as Bokan’s vocals come center stage, resulting in a powerful, vocally-driven song.

Kicking things back into high gear once again is “Oathbreaker” with heavy riffs and another catchy Blessthefall chorus before breaking into the album’s title track.  Screamed, clean, group, and radio effected vocals are brought together with traditional sounding Metalcore riffs and breakdowns to make “To Those Left Behind” a strong addition to the end of the record.  Then, to close out, Blessthefall start “Departures” with soothing pads and clean guitars, setting the stage for a lyrically heavy and emotionally powerful finale.  Bokan delivers one of his most pleading-sounding choruses, bringing with it an uplifting and almost reflective mood that leaves the listener thinking after he literally closes the door on the record.

Overall, Blessthefall faced a big challenge ahead when they started writing To Those Left Behind, as it was going to follow up a record that was quickly noted by most as their best so far. Listeners who enjoyed Hollow Bodies will most likely enjoy this album as well.  However, Blessthefall fortunately decided against the easy way out in creating another Hollow Bodies record, and instead chose to dive deeper into their new elements and further refine/expand their sound.  For an album full of catchy, memorable choruses, hard-hitting riffs, and well-executed dynamic range, CrypticRock gives To Those Left Behind a well-deserved 4.5 out of 5 stars. 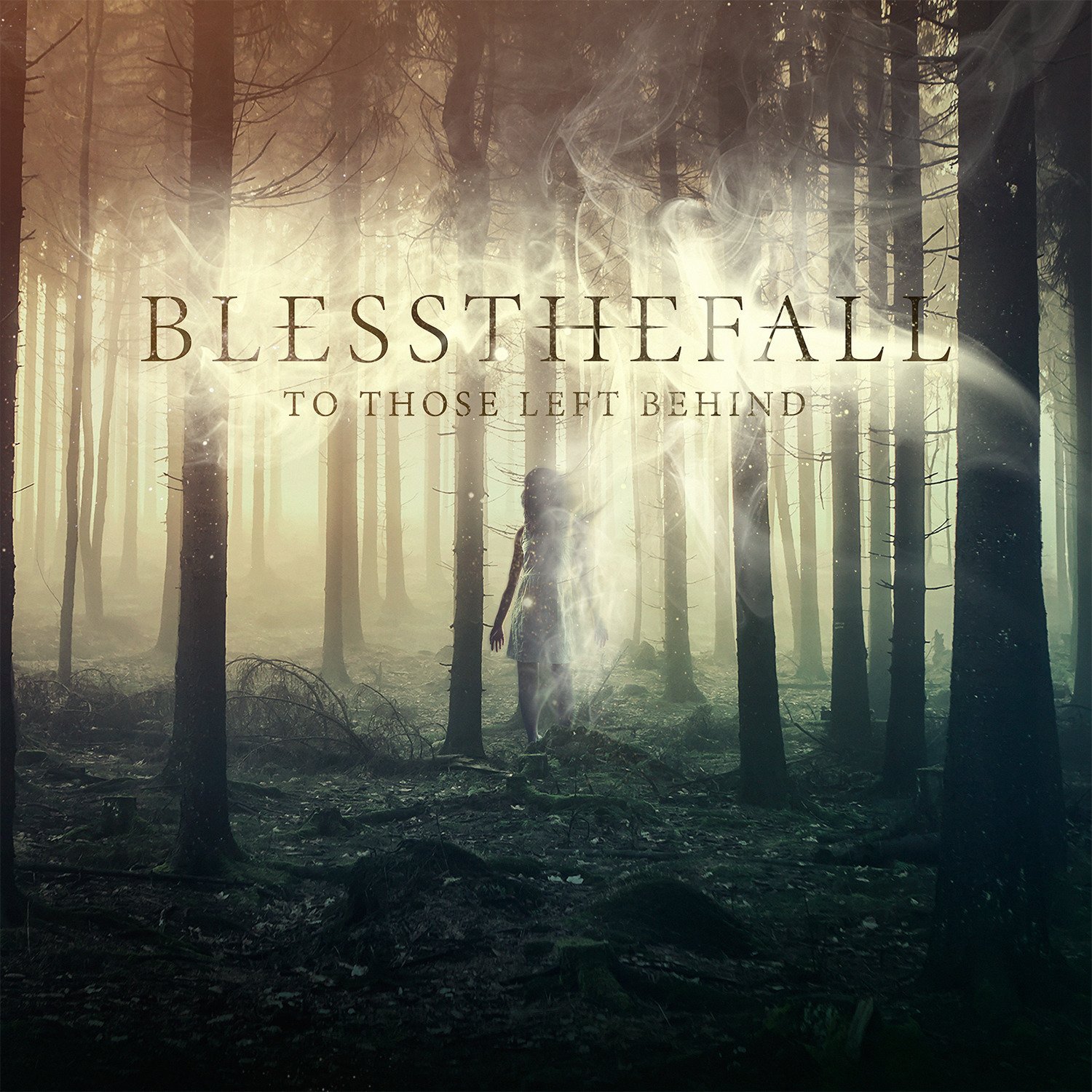 Album review, Blessthefall, To Those Left Behind
Print page
0 Likes

Grayson's journey in photography began while touring the country playing music. Thinking back, it made sense that the main focus of his photography ended up revolving around music, because he was constantly in that environment - just on the other side of the camera. Grayson met Frank on the road when he interviewed his former band when CrypticRock was still fairly new. About a year later, Frank contacted Grayson, asking if he would want to join the CrypticRock team and start photographing shows out in the Bay Area. Here Grayson is, years later, and still loving all of it.