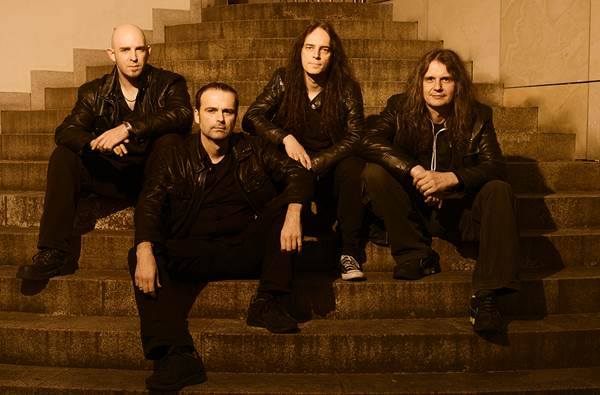 If one considers the career paths of bands who break the thirty year barrier, there is often a general pattern to which these productive, fortunate few tend to adhere. They forge their legacy during their ‘glory years,’ the exact boundaries of which can be hotly debated by both critics and fans. Surviving all manner of internal strife, hiatuses, deaths/lineup changes, and the lot, these bands usually go through an inauspicious, albeit brief period of unpopular releases, at last setting things to rights again in a welcome return to the sound which launched them in the first place. Fans are usually rewarded with a denouement of strong material that keeps the bands competitive, but which rarely challenges the throne occupied by their ‘glory years’ material. This is true of Judas Priest, Maiden, Metallica, Slayer, Megadeth, and a host of other long tenured bands out there. For German epic Metal export Blind Guardian, the last half of their own thirty-plus year run has seen them blow the doors off their ‘glory years’ both production and vision-wise, bucking this trend in a most vibrant and tantalizing fashion.

At the end of January 2015, Blind Guardian released their tenth studio album entitled Beyond the Red Mirror. The follow-up to 2010’s At The Edge of Time, the five year gap between albums nearly matches the space separating 2002’s A Night At The Opera and 2006’s A Twist In The Myth. Such considered gulfs of time between albums should not be surprising, as these Germans have been pouring larger and larger effort into each successive release. On Beyond the Red Mirror, Blind Guardian reaches conceptually back to 1995’s Imaginations From The Other Side, completing a story begun back then but never finished.

To paint the Arthurian quest of one chosen boy caught beyond our world, main composers Hansi Kursch (vocals) and Andre Olbrich (guitars) used no less than three choirs and a full orchestra to populate their sonic tapestry. Sounding similar to such Progressive, Opera-esque musical prodigies as Queen, Yes, and Genesis, Blind Guardian melds their base of German Speed Metal to once more push the envelope of what is usually referred to as Power Metal.

“Beyond the Ninth Wave” starts the album off in epic fashion, clocking in at just under ten minutes in length. A massive conflation of choral singing and layered vocals sets the tone as a string section playfully leaps about. Guitars (Olbrich is joined by long-time compatriot Marcus Siepen) and heavy, booming drums (courtesy of Frederik Ehmke) join the fray, ensuring the song remains 100% Heavy Metal. The solos on this album are reminiscent of the work on 1998’s seminal Nightfall in Middle Earth, and along with the magnificently wrought vocal interplay and general harmonic madness, they should greatly please fans of Blind Guardian’s material post-Nightfall.

The bridge/chorus on “Twilight of the Gods” sounds like it could have been held over from Nightfall as well, with some incredible soloing sure to fire the blood in even the most ardent old-school Blind Guardian fan. The Queen meets Iron Maiden feeling on “Prophecies” is a compelling bardic tale of the search for the red mirror which must be found by the album’s protagonist. “At The Edge of Time” takes the orchestra and marries it to a very adventurous piece of storytelling Metal. Blind Guardian has been so good at setting the mood of Fantasy and Science Fiction stories to music, and here they show how on top of their game they really are. Much like some of Devin Townsend’s more epic pieces, the music here seems right at home in a major theatrical production.

Just when the listener could be thinking the Rock Opera feeling is going to hijack the desire to bang heads and thrash around, “Ashes of Eternity” comes busting out of the speakers. A much more percussive, guitar-driven affair, it has its choral touches and theatrical feel; the chorus is larger than life and every bit as adventurous as Frodo’s journey to Mordor. That being said, this song is certain to start some pits in the live setting.

Beyond the Red Mirror, however, is not about a quest to lose something, but to gain the Holy Grail and save a world that has forgotten so much amid a storm of modernity and uncaring progress. The wonderfully creative “Distant Memories” shines like the best calmer pieces of Nightfall in Middle Earth. Hansi’s voice sounds energized, as if not a drop of time has aged him. Reminiscent of the mood on Iron Maiden’s “Infinite Dreams” (Seventh Son of A Seventh Son 1988), it is truly a highlight and will stay in the listener’s head for weeks. By the end it will feel like the listener is lost in another realm, a sensation Blind Guardian has always been so good at evoking. The magical “Holy Grail,” in addition to having some kick-ass drumming, is another more stern track, heavy, driving, and full of twists and turns. It is one of their strongest efforts and should become a fan favorite for years to come.

Ehmke is a beast. The leads are scorching, and Hansi is in command vocally. “The Throne” and “Sacred Mind” keep the quality superb. By now the listener should be pleasantly immersed in the giant choruses, silky leads, and vocal layering that define the album. “Miracle Machine” is a piano ballad Freddie Mercury would have been proud of, and then comes the ending song, “Grand Parade,” to conclude the album in fine form. Chock full of everything outlined above, it too clocks in at just under ten minutes, book-ending the album between two lengthy songs. Like closing the book on a beloved fantasy story, you will want to come back to this album more and more with each listen. CrypticRock gives Beyond the Red Mirror 5 out of 5 stars. 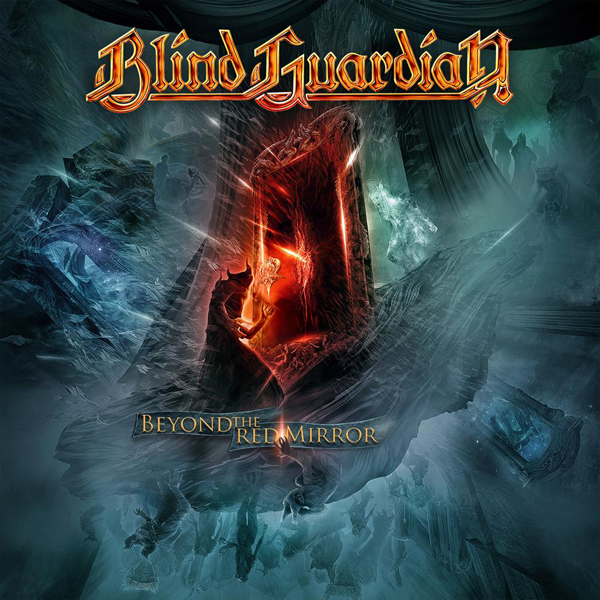 Read an in-depth interview with Hansi Kürsch of Blind Guardian: