Blink-182 -Take Off Your Pants And Jacket Turns 15 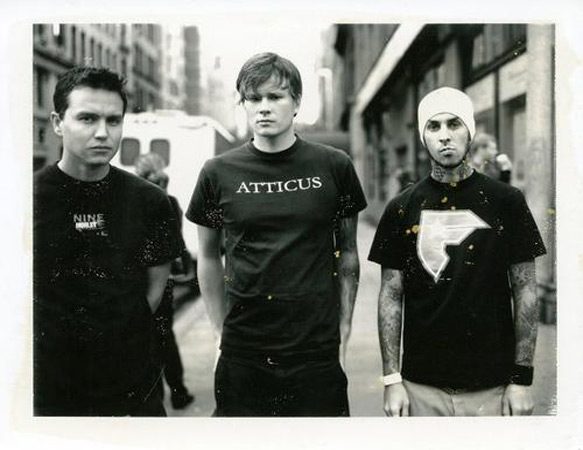 Since their formation over two decades ago, California trio Blink-182 have become one of the influential headlining acts of the Pop Punk scene. With equal parts teen tribulations, affairs of the heart, and comedic hijinx, the band’s lyrics have bypassed Punk rebellion and brought with them positive messages that have touched many impressionable youths.

The band, Mark Hoppus (bass, vocals), Tom DeLonge (guitar, vocals), and original Drummer Scott Raynor, began to make a name for themselves with their 1995 debut album, Cheshire Cat. Their energetic beats and goofy lyrics would bring further success with their 1997 sophomore release, Dude Ranch, as well as their chart-topping, third studio release, 1999’s Enema of the State. Historically their most successful record ever, it would be their first album with Travis Barker on drums, offering such singles as “Adam’s Song,” which gave a new, wider perspective on what the band was capable of beyond their characteristic comedic antics.

With each new release, Blink-182 were pushing their personal standards to greater heights, and after the thrust into one of the best selling Rock bands of the century, they were ready to propel themselves to the next level with 2001’s Take Off Your Pants and Jacket. Known by everyone at this point, it was almost an instant commercial success, going to No. 1 on the Billboard 200 and becoming certified double-platinum by spring 2002. To date, Take Off Your Pants and Jacket has sold over 14 million copies worldwide, and remains one of the most talked about discs of Blink-182’s career, even 15 years later.

Following a June release ritual of their previous two albums, their fourth studio album was offered to the world on June 12th of 2001. At first glance, Take Off Your Pants and Jacket (a euphemism for male masturbation) seems like it follows the familiar, immature tones of previous albums, but one listen will make it clear that this is, lyrically, more than just clever puns and pre-pubescent jokes. Beginning with the easily identifiable, characteristic Blink-182 sound, “Anthem Part Two” opens the album with the familiar theme of kids versus adults. The album continues to push forward with lyrics about growing pains set to fast guitars and Barker’s grounding drum beats. The prankster vibe is still present throughout, but the band branches outward and shows off their darker, more personal side, as well.

Reminding the world once more of their capacity to dig deeper, into more emotional material, the third and final single of the album, “Stay Together for the Kids,” delves into the subject of a torn-apart family and their lives, from the child’s point of view. Vocalist DeLonge trades places with usual Lead Vocalist Hoppus, creating a switch in both mood and attitude. Even through the most amusing moments on the album, the band have still managed to mature their sound in a natural progression.

Placing themselves into the mindset of many young boys, “Please Take Me Home” pays homage to the awkward young man who finds himself in awe of a strong girl. The track ends the album on a solid note, a clear example of why Blink-182 top the charts amongst Pop Punk bands. Matured songwriting greatly contributes to the flavor of the album, with subject matter ranging toward weightier matters like anger and depression. Though through all the angst, emotion and puns, Take Off Your Pants and Jacket, is never whining or sullen.

Highlighted by three top 10 singles, “The Rock Show,” “First Date,” and the aforementioned “Stay Together for the Kids,” Take Off Your Pants and Jacket pushed the band toward a higher status among their musical peers, and 15 years later, the album still offers a pure Pop Punk experience. When it all ended after 13-tracks, Blink-182 had demystified the teenage psyche with thundering beats and emotional songwriting. Their personal growth further solidified their position in the music industry, placing them amongst only a handful of other defining bands throughout the genre.

Since then, Blink-182 went on hiatus in 2005, reunited in 2009, and most recently made a big return in 2016 with their highly anticipated new album, California. Topping charts, the new album reminded the music world there is still a place for Pop Punk. Re-energized, they hit the road this past summer with their new Lead Vocalist Matt Skiba (formerly of Alkaline Trio), selling out shows in many cities, and it is all scheduled to continue on into 2017.

With a new chapter being written in Blink-182 history all these years later, one should still look back at the turning point of Take Off Your Pants and Jacket. There is no question in loyal fans’ mind and heart Enema of the State is the essential Blink-182 album, but Take Off Your Pants and Jacket proved that more Punk styled music could be accepted by a broader mainstream audience. Tensions within the band had shaped the album, as each member struggled to find a way to musically challenge themselves while continuing to retain their cohesive, musical unit. Somehow, the result was uplifting: the energy that the band put into their individual musical efforts conjoined to create an atmosphere for the listener that was positive and uplifting.

As with all great albums, over time and with adulthood, the messages in the band’s lyrics evolve and take on entirely new meanings. Even after 15 years, Take Off Your Pants and Jacket continues to push the envelope. 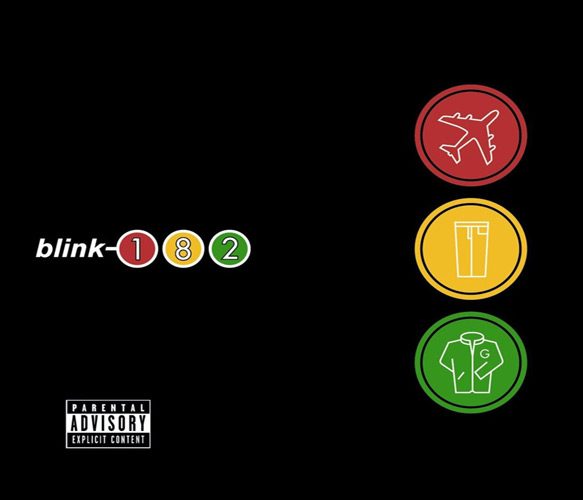