The relationship between style and substance is a critical goldmine when it comes to film scholarship, and films like Blood Brothers exemplify why. Theatrically/digitally released back on December 2, 2016, on Valentine’s Day, February 14th, this interesting film, based on a true story, hits DVD via Uncork’d Entertainment.

Written by Jose Prendes (Mega Shark vs. Mecha Shark 2014, Hansel vs. Gretel 2015), produced by Dual Visions, and starring Graham Denman (Tales of Halloween 2015, Clowntown 2015) and Hannah Levien (Mega Shark vs. Mecha Shark 2014, Bates Motel series), the film follows two darkly disturbed brothers looking for a chance to act out their murderous impulses, and what happens when they finally do. 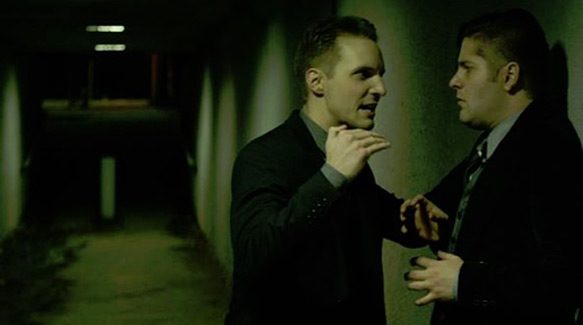 Opening confidently, not pulling any punches, it starts in-media-res before transitioning into a Tarantino-esque introduction. It is here the two primary characters are torturing a character who disappears from the film the moment he has outlived his usefulness to them. This quickly establishes the strong sense of style that the film maintains for the majority of its run: it works by foregrounding strongly defined characters against a minimalist background.

Whether a result of it is low budget or not, Blood Brothers eschews particularly complicated plot mechanics and elaborate thrills to put the characters front and center, and is all the stronger for it.In many ways, with its hyperbolic characters and lurid violence, the film is reminiscent of Danny Boyle’s 1996 film, Shallow Grave.

This in mind, like Shallow Grave, Blood Brothers details how one set of characters differ as they descend into madness following an original act of extreme violence, and does so by leaning into increasingly expressive and absurdist imagery. Denman’s performance in fact mirrors Christopher Eccleston’s in that film fairly neatly, moving from timid to increasingly deranged and exuberant as they become more and more confident in their new identities.

This descent into madness is not expressed exactly linearly; it is actually a theme that underpins this film from the very beginning. The script does this with throwing in as many references to fiction as they could plausibly get away with, having characters discuss the imagery of Pop culture bleeding into their reality. This is reinforced by the director’s work behind the camera; we see a real juxtaposition between a somewhat clinical shooting style broken up with bouts of wild imagery. In this way, the film channels the themes of the script through every avenue of its production; the imagery, the erratic pacing, all of it is designed to convey a blurring between fiction and reality that is emblematic of the mindset occupied by the characters we are watching. 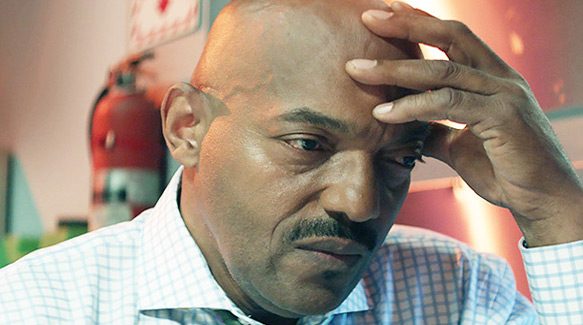 In particular, the cinematography on the violence progresses interestingly as the film develops. The film seems initially committed to wringing everything it can out of the violent acts, but this falls away as our main character slips deeper and deeper into his own hysteria and the violence takes on an increasingly surreal tone.

That having been said, Blood Brothers is not always so effective in carrying out its intentions. For a film that dances so fervently around the idea of blurring fiction and reality, the writing can be pointed and clumsy. Referenced earlier was the film’s penchant for dragging Pop culture into things in an effort to muddy the waters of reality, but the rapidity and frequency at which the dialogue can do this gets somewhat tiresome. There are points in the film that would be best left to stand without drawing too much attention to them, and while some of these moments certainly get the restraint they deserve, others do not. For example, the film’s final line could have been cut out entirely and made for a much stronger scene.

Additionally, the film’s unique style works because it is a reflection of the psyche of these characters. There are a few points where the film makes the unwise decision of moving away from them, but not said style, and the total product does not mesh nearly as well when it does. This is in large part due to the hyperbolic performances – intentional or not, the over-the-top acting of just about everyone involved actually contributes to the film’s general air of madness when it is focused on the eponymous brothers, but when it moves away from them it cannot help but come off as hokey and overly broad. 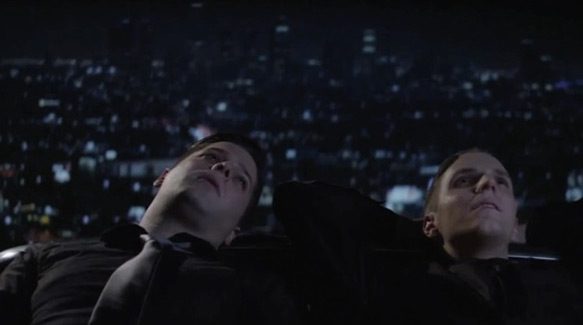 Of course, none of this would mean a thing if Blood Brothers was not entertaining, and it thankfully is. It is constructed well, taking a left turn at a corner of the first act that some viewers may think would milk for its running time. Furthermore, the characters are broad but only in a manner that is thematically appropriate and thus interesting. It has its moments where it is excesses seem more a consequence of its budget and its lack of polish, but for the most part it overcomes its limitations through the thought it routinely puts into every aspect of its storytelling. For these reasons, CrypticRock gives Blood Brothers 4 out of 5 stars. 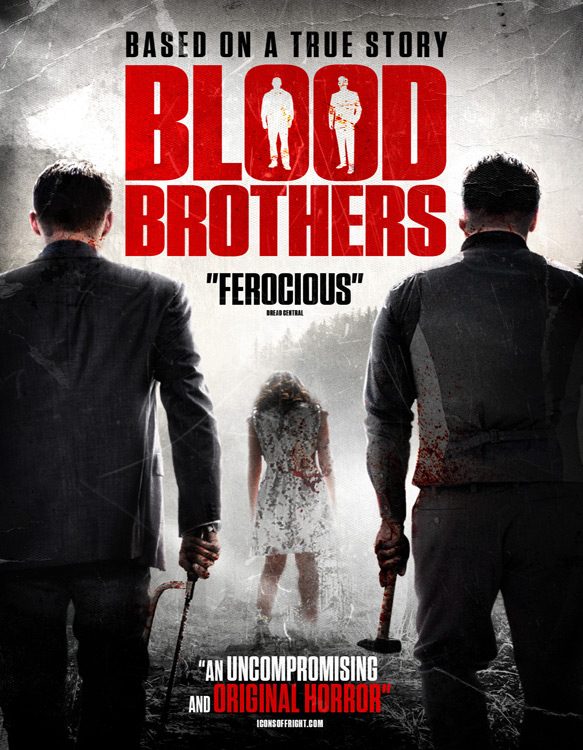