Just in time for Halloween comes the newest fang-bang of Horror from Castle Films, Blood Dynasty, which arrives on VOD and Digital HD Tuesday, October 31, 2017.

Blood Dynasty is the story of a woman (Cheryl Singleton), living in Room 5 at the decaying Ascot Motel, who wanders aimlessly amidst varying landscapes before she discovers and summons the vampire Irina (Shauna Henry: Blood for Irina 2012, Female Werewolf 2015) from her watery grave. Risen from her deep slumber, Irina, in turn, gifts the young woman with an insatiable bloodlust that must be fed. With renewed purpose, this woman – who is presumably also Irina’s daughter – hunts the streets for victims (Holly Riot, Ashley Desjardine, and Andre Becker, respectively) that she woos back to the motel where she and Mummy Dearest can feast in solitude. 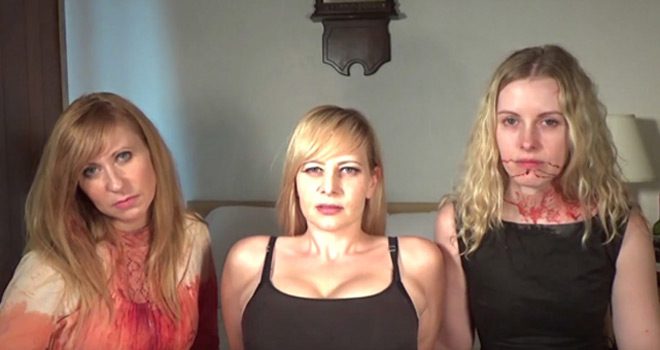 Clocking in at 70 minutes in length, Blood Dynasty was written and directed by Chris Alexander (Blood for Irina 2012, Queen of Blood 2014) and continues the saga of Irina the vampire set forth in his two earlier works. A vampire film that traffics in solid usage of blood squibs, Blood Dynasty is a slow-moving piece that contains a script with one-word. Yes, folks, one-word is spoken in 70 minutes! To fill the void, Alexander has created his own haunting, electronic score that is, truth be told, far more developed and noteworthy than anything that happens on-screen. 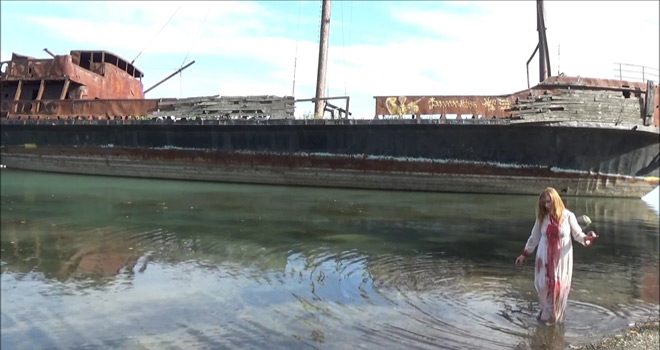 So where does Blood Dynasty go so wrong? For starters, the young woman (played by Singleton) looks like a Target Goth. In her role, Irina (played by Henry) is simply bedecked in a Kool Aid stained white night-gown. Fine. These wardrobe faux pas might be forgivable if, you know, these characters actually did something. Instead, the story is cyclic in nature with many intermediary scenes being played on repeat (lovely patio table and chairs, by the way). The story, thus, is simple: Girl goes out into the world, Girl meets new victim, Girl brings victim home to Mummy Dearest, Mummy and Girl feast, repeat ad nauseum. In fact, the first nine minutes of this disaster-piece are spent merely following a wandering Singleton through a landscape that looks like the chemical wasteland of New Jersey but is, in actuality, Canada.

It is hard to say that either Singleton or Henry are bad in their roles because, to be repetitive like the film, they have no real roles to speak of. Singleton can walk around and look grave in her Target finery, sure, and Henry can wave her arms in an ominous dance, yes. (Although Henry does get credit for licking a dirty window in one scene!) Otherwise, Singleton utters but one word (“Irina!”) and Henry never once speaks. Their on-screen chemistry does not exist, likely because their sole interaction is gumming victims’ shoulders in an attempt to look like rabid vampires (without fangs). In a repeated scene between the two women, there could be sensuality, sexual tension, instead there are overexposed frames interspersed with a grainy visual of varying colored dyes immersing in fluid. The cast that depict their victims – Riot, Desjardine, and Becker – are given absolutely nothing to work with and, as mere cannon fodder, they provide very little to the overall production. 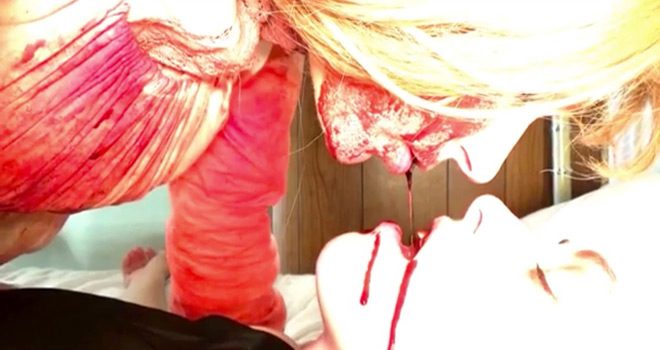 Blood Dynasty reads like a Halloween-themed film school project gone horribly awry: the score is more intense than anything that happens on screen, and even that is merely average at best. Without dialogue, something more is required of the cast to portray the plot on-screen and, sadly, in this instance that never materializes; Singleton and Henry merely cycle on repeat, like a silent but bloody version of 1993’s Groundhog Day. Some films traffic in the glory of failure and, thusly, they are so bad that they somehow turn good. Unfortunately, Bloody Dynasty is not one of these films: it is so bad, it is boring. If you believe that vampires should only come out at night, that they should be seductive and dark – and not shop with a REDcard – then Blood Dynasty will bleed all over your love of the vampire oeuvre. For these reasons, CrypticRock give Blood Dynasty 1.5 of 5 stars. 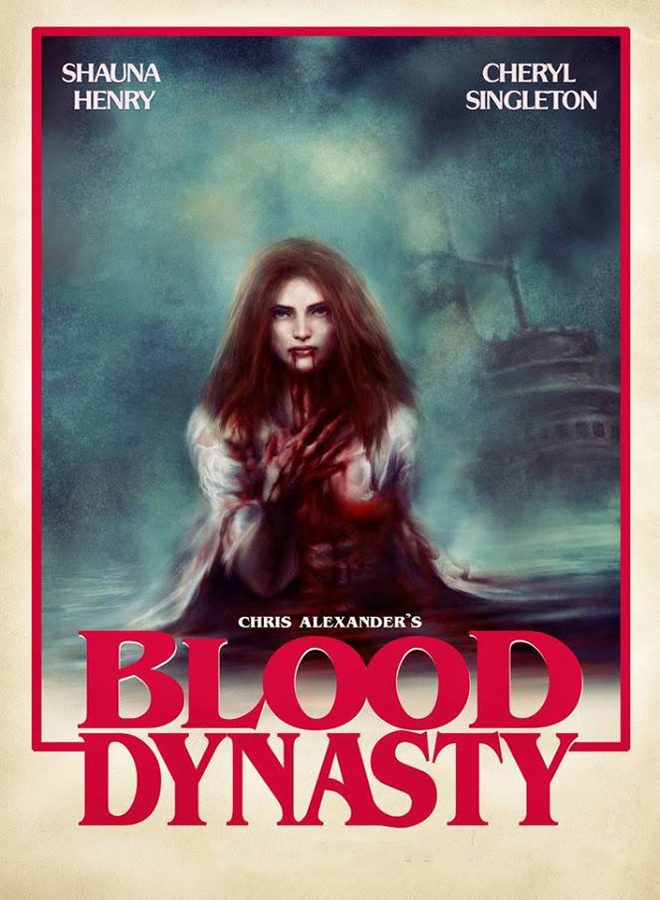