Harris Demel’s Flipped, aka Blood Rush, sees a release on VOD via Osiris Entertainment in March of 2016. A Psychological Thriller, the film was written/directed by Demel (Upside Down 2012) along with co-writing from Rob Greenberg (Saturday Morning 2007) as the film carries a small cast, one of which is never seen, the other remains unconscious. Leaving the main star of the film to push the story forward, famous model Nicole Diamond, played amazingly by Stella Maeve (Transamerica 2005, The Runaways 2010), really takes advances of the chance to show-off her acting chops. 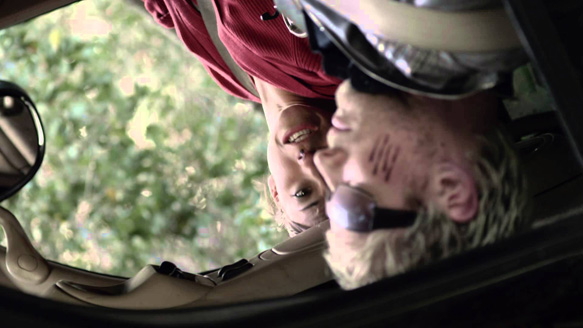 Nicole and her fiancé, Scotty D (Evan Taubenfeld: Private 2009), a famous singer/rapper, are on their way to their home in the country. Along the journey, they are in a terrible accident, ending with the car overturned in the middle of nowhere. Scotty is unconscious, and Nicole is trapped upside down in the driver’s seat. She attempts to call for help, finding her phone screen cracked, disabling her ability to make calls as usual. Nicole uses the car phone system, making random calls until she finds someone to help them.

Finally, it seems all her prayers are answered when a man named Casey answers, promising to send emergency vehicles to their location. Initially relieved, after conversing with Casey, she discovers he knows much more about her than even a loyal fan. Disconcerting as this is, Nicole’s only hope is to stay on the line with Casey, a possible stalker, and saviour. Casey keeps Nicole hanging, literally, for his assistance, probing into her personal life, and delving into her inner world. During the course of their talks, the viewer discovers there is more to Scotty and Nicole’s relationship than Nicole is willing to admit. 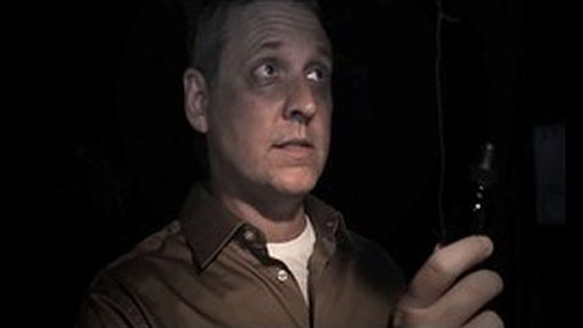 Casey continues to ask her the same question over and over, “Why did you choose Scotty?” Soon enough, it becomes clear her life depends upon the answer. Not only battling dehydration, exhaustion, a crazy fan, and a possible brain aneurysm, Nicole is fitted against nature, as snakes and wolves begin to circle the car. To make matters worse, a fire breaks out under the car, escalating the urgency of her escape. The odds are stacking up against Nicole and the lifeless Scotty, as time marches by, without anyone else but Casey to save them.

The viewer is not only kept on the edge of their seats throughout the movie, they are quite literally hanging beside Nicole, desperate to survive. The complex storyline, and a surprising twist at the end, pushes Blood Rush well above the pack. Viewers can be forgiven for thinking Blood Rush is a big budget film, the acting, script, cinematography, and plot is outstanding from beginning to end. The voice of Casey is played by Michael Madsen (Kill Bill series, The Hateful Eight 2015), who hands down is the creepiest scariest phone voice in any film, leaving Candy Cane from Road Kill in the dust. He carries the suspense of the story solely in his voice, and is never seen on film. Initially, the film appears similar to 2015’s Curve, and is even reminiscent of 2002’s Phone Booth, but ten minutes into it, that all changes. 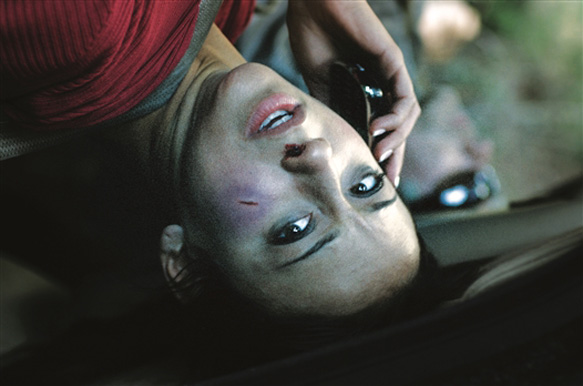 Blood Rush touches on much deeper aspects than just a crazed fan Thriller, and tears apart the psychology of battered spouses. Even examining the relationship between famous people, fans, and the tabloids. Some scenes in the film certainly recall the infamous Rihanna/Chris Brown incident, and asks pertinent questions relating to spousal abuse, regardless of fame. The cinematography by Josh Silfen (Already Tomorrow in Hong Kong 2015, All for Nikki 2016) is flawless, and likewise for the special effects. The story is set in modern day, though it could be set in any generation and still have impact.

All in all, Blood Rush is an intense, action packed, tightly wound story that is capable of standing right beside all bigger budget films. Despite a smaller budget, nothing has been lost in the making of this movie. Greenberg and Demel are headed for a big bright future, and are most definitely ones to keep an eye on. Outstanding film, a must watch for all Thriller, Action, Horror films, and fans of all quality storytelling. Possibly the best VOD release to date, CrypticRock gives Flipped, aka Blood Rush, 5 out of 5 stars. 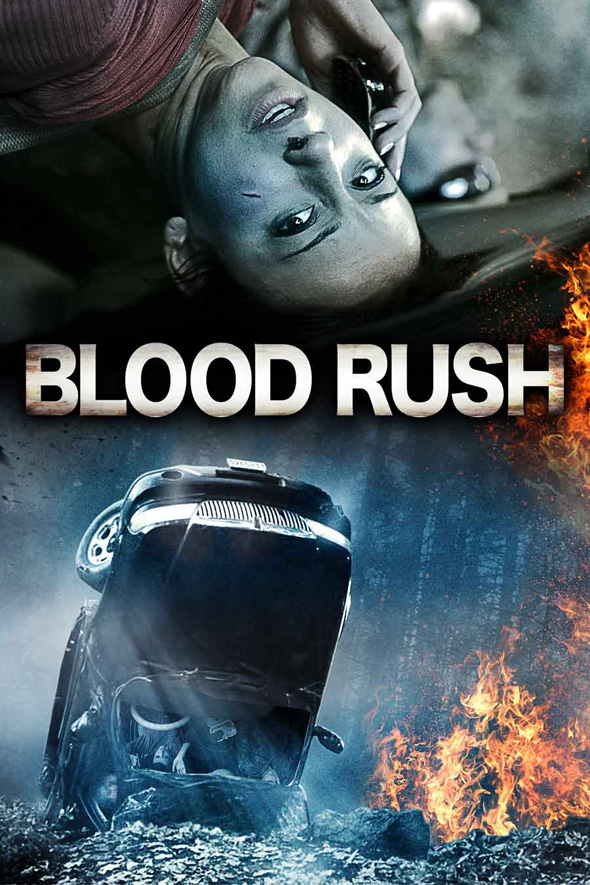