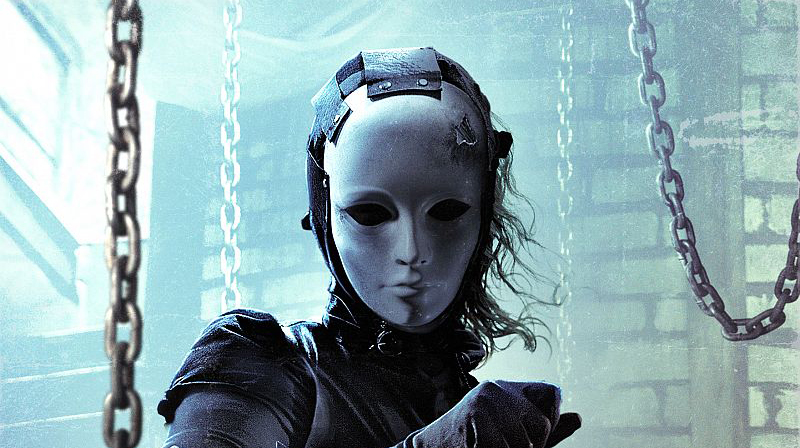 Independent film company Midnight Releasing Films has put out a few good horror movies over the years including From Beneath (2012) and The Afflicted (2012).  Unfortunately their 2014 release, Blood Widow, directed by Jeremiah Buckhalt and written by Chad Coup and Ian H Davis is not among their best. 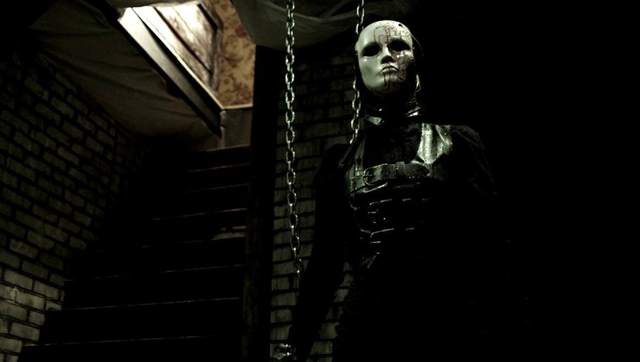 Released on June 3rd, Blood Widow tells the short story of Hugh (Brandon Peters- Tastings 2014) and Laurie (Danielle Lilley- Five Across the Eyes 2006, Immigration 2010), who have purchased a house in the country. Laurie sees this as a way to move forward in their relationship, while Hugh sees it as a place to party and immediately does so with his friends the day they move in.  Prior to the party that evening, some of his friends investigate the old abandoned house next door, which disturbs the serial killer residing therein. 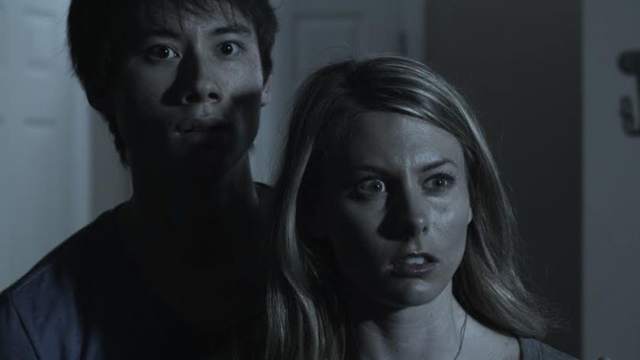 Almost as soon as the party starts, the killer, wearing black latex and a white porcelain mask, begins to kill off the guests one by one until only Laurie, Hugh, and one friend named Kenneth (Christopher de Padua- The Reel 2011, Go Hard 2011) remain. Laurie discovers the killers name is the Blood Widow; a tortured woman who seemed to be part of a cult of sorts, though this is not explained nor explored further by the characters and no back-story is provided.  It is not long before the Blood Widow kills everyone else, captured Laurie, and she has to fight for survival. 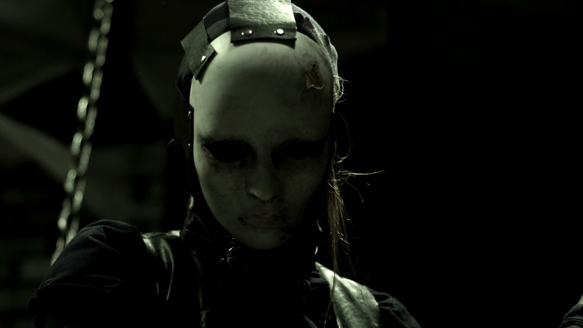 Blood Widow is quite a simple and clichéd story, without providing enough background to the characters involved, which makes it very hard to care about them when they inevitably get slaughtered. The ending is open, which begs the question if there will be a sequel, which in this case might be needed to explain what happened in this introductory film.  The camera work is a little off in places, which does not help, and while the script is not complicated, is not executed well by the inexperienced actors. It is a shame a story with a female serial killer such as this has not really been utilized to its full potential yet. Sadly Blood Window is not-suspenseful, nor exciting, and is best watched on fast forward.  CrypticRock give this movie 1 out of 5. 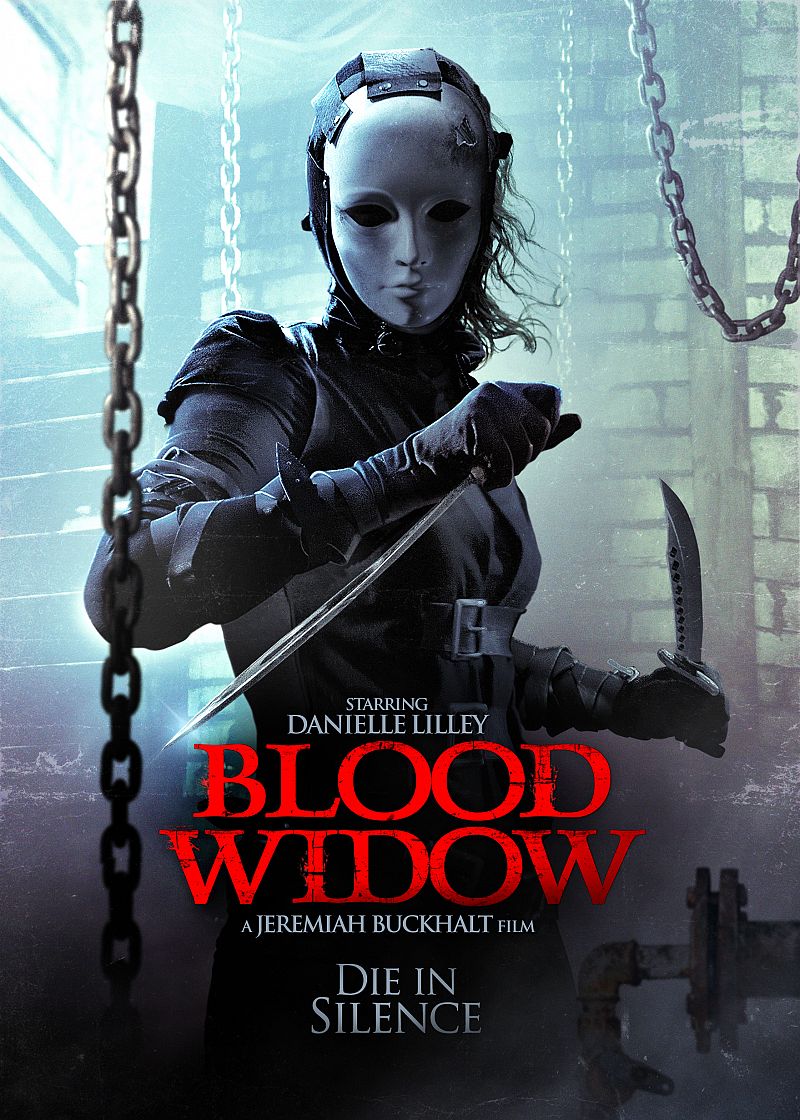