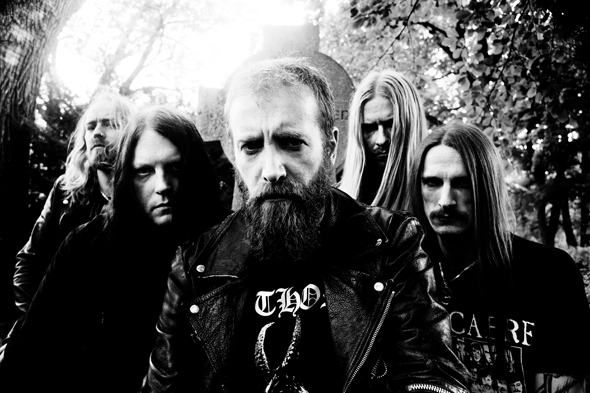 Super-groups tend to drum up a lot of excitement among fans of any genre of music. In metal, collaborations are taking place all the time. Some, like Twilight of the Gods, Lock Up, and Demons & Wizards, offer something exciting and fresh, while others produce results far less intoxicating than the press, the fans, and the labels would anticipate.

Enter Stockholm, Sweden’s Extreme Metal export Bloodbath. Formed in 1998 and comprised of a who’s who in that oh-so-essential Death Metal scene, the band was meant as a throwback tribute to the formative years of the genre; a way for band members whose own primary acts had expanded far beyond the morbid pastures of yesteryear to revisit the brutality of their youth. It is both compelling and enjoyable to hear guttural, old-school Death Metal being grinded out by musicians who helped found the style itself.

Grand Morbid Funeral is the fourth full-length in Bloodbath’s career. Out now on their long-time label Peaceville Records, the 2014 incarnation of the oft-member shifting supergroup consists of Nick Holmes (Paradise Lost) on vocals, Anders ‘Blakkheim’ Nystrom (Katatonia, Diabolical Masquerade) and Per Eriksson (Katatonia) on guitars, Jonas Renkse (Katatonia) on bass, and Martin Axenrot (Opeth, Witchery) on drums. One look at these names and any Metal fan worth their leather should be absolutely salivating.

When listening to Grand Morbid Funeral, it is important to keep in mind that its members are setting out to have a good time and are certainly not trying to reinvent any wheels. There is nothing wrong with that pursuit, but there is a very fine line between painting by numbers and kicking a preexisting genre in its venerable ass. Bloodbath have all the skill, chops, and sense of songwriting dynamics one would expect. Opeth, Katatonia, and Paradise Lost are each monstrously instrumental acts, so much so that modern heavy music would not be what it is today without them.

This is precisely why it its so surprising that forty plus minutes of Grand Morbid Funeral come and go so easily. Every box in the canon of Swedish Death Metal is ticked. The songs are dripping with everything that made this wing of Heavy Metal’s vast mansion so great. Apart from opening track “Let the Stillborn Come to Me” and scorching blast “My Torturer,” the listener is hard pressed to come up with many truly distinguishing songs. Live, this album will probably rip, as once again one cannot discount the skill involved when musicians of this caliber get together. By the same token, however, the expectations go up as a result of such musicians getting together. Grand Morbid Funeral, while extremely competent and basically enjoyable, is not nearly as supercharged and challenging as it should be. CrypticRock gives this album 3 out of 5 stars. 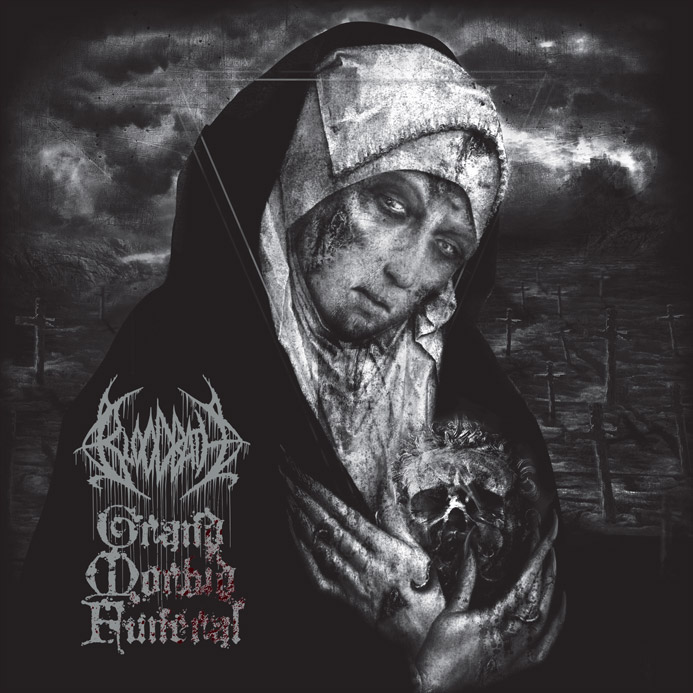