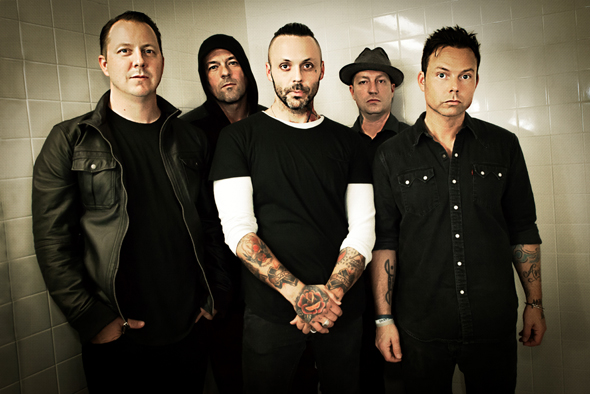 It has been a decade since Texas based Alternative Rock band Blue October lit up charts with their album Foiled. An album that spawned hit singles such as “Hate Me” and “Into The Ocean,” Foiled has since attained platinum status. While, to many, this record was their introduction to Blue October, their story became much earlier, in fact, ten years earlier. Finding major success on fourth studio record Foiled, the band has since gone on to top charts with album after album, all while wowing audiences with their energetic live shows. With the core of  Justin Furstenfeld (lead vocals/guitar), Ryan Delahoussaye (violin/viola, mandolin, piano, backing vocals), Jeremy Furstenfeld (drums), and Matt Noveskey (bass guitar, backing vocals), along with a returning CB Hudson (lead guitar), the band returned to the studio in August of 2015 to work on what would be their eighth studio album, Home.

Spending ample time on the road over the years, the fitting title of the new record is only part of the story. Many of the melodies of the twelve new original tracks were written by Justin on a small synthesizer, when on road trips through the Texas and California desert landscape. Furthermore, the album artwork created by Rhys Bright depicts Jeremy and Justin Furstenfeld’s parents’ first kiss. With these interesting bits of information in mind, Home is set for release April 22nd via the band’s own label, Up/Down Records, and Justin himself states Home “is the best piece of work we’ve ever done.”

Beginning the journey, “Coal Makes Diamonds” is the opening title with a piano intro that is followed by heartfelt vocals and lyrics that will immediately touch the listener’s heart. Flowing right along into the song “Driver,“ the music stays soft and heartwarming with positive vibes filling the room, lightening the darkest corners and giving hope to the listener. Hope is something Justin himself is extremely familiar with after a long bout with drug addiction, which has since found him four years sober. This feeling of personal freedom and understanding the joy of life is explicit throughout the fabric of Home. With that said, “Heart Go Bang” is a beautiful, empowerful track about having changed into a better person and being grateful for it.

The album continues with “I Want It” with a fast and thriving rhythm creating a catchy anthem-like sound. Thereafter comes the title track “Home,” which could be viewed as one of the most personal songs of the record. Starting pure and clean, the music conveys a passionate, thankful message. In addition, the lyrics warm everything around the listener, inviting them to whatever they call home, because home is where the heart is. Another bright moment, “We Know Where You Go” is one that is coping with a darker past and its pain. A song that will sink in deep, the words and feeling released by Justin seem almost therapeutic to not only himself, but the audience. Next, the cut “The Lucky One” opens with a kid saying “I want to be a star.” An interesting opening, the song sets in, talking about one needing support from friends or family to change and to overcome a hard time.

Carrying a scarred spirit is “Break Ground,“ but with a slightly tragic and sad tone. Still a sense of hope surrounding, the song walks the fine line between light and darkness. Turning up the beat a little bit, “Leave It In The Dressing Room (Shake It Up)” comes in with a strong bass that will have listeners moving. Projecting the idea that one needs to put their game face on to triumph, it is a track that has much more edge from the ones prior. Then, “Houston Heights” is another somehow twisted song but with a strong and powerful message with a trance-like rhythm.

Closer to the end, “Time Changes Everything” brings the audience closer to the breakdown that turns into a new beginning, or not, that is all depending on the individual. It is a track that continues the theme of hope, but without discounting all the pain of the past, making it a majestic and intense piece. This leads to the final offering of Home, the instrumental track entitled “The Still.” Featuring a dreamy and emotional melody, the ending allows the listener time to think about each of the previous songs that came before. As a bonus, Home also includes two remixes: “Heart Go Bang (Night Mix Prod. By The Egg)” and “Home (Tim Palmer Mix),” two beautiful arrangements that slightly differ from the original, but are just as amazing and touching.

Home is much more positive than the previous albums of Blue October, but just as honest. Spreading good vibrations, some songs are very personal. In each song, Justin Furstenfeld adds a whole lot of heart and emotions, simply by how he puts his voice into use. This is also highlighted by the nature of lyrics, which will no doubt dig deep into the heart and soul of the listener. CrypticRock gives Home 5 out of 5 stars. 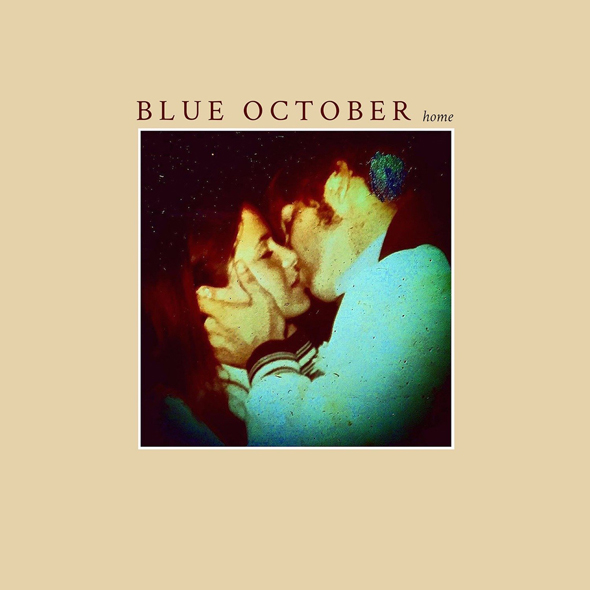