In the first of what is sure to be an impressive list of films from Writer-Directors Ché Baker and Dallas Bland, Blue World Order explores some serious Science-Fiction concepts in a grim, post-apocalyptic setting. This impressive new title was first released in the duo’s native Australia in late 2017, but it is soon to be revealed to the rest of the world via Random Media on DVD and VOD January 16th. Starring Jake Ryan (The Great Gatsby 2013, Wolf Creek 2016), Stephen Hunter (The Hobbit Trilogy, Janet King 2016), and Billy Zane (Titanic 1997, The Phantom 1996), Blue World Order also rounds up some new talent like Billie Rutherford as Molly and Bolude Fakuade as Marion Conners to flesh out this Mad Max-inspired thrill ride. 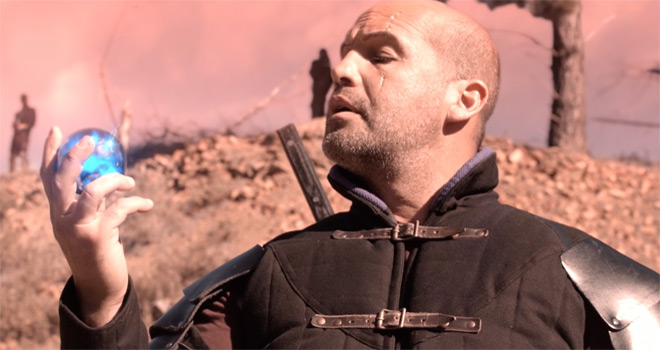 In the year 2022, the population of the Northern Hemisphere has been decimated by a nuclear war and a deadly bacteria that followed it. Those who survived the devastation must survive by any means necessary, and that includes Jake Slater (Ryan) and his daughter, Molly, who has been rendered dormant by a mysterious event called The Flash. Since Molly and Jake have been fighting for survival on their own for so long, when Jake comes upon a community of other survivors, he finds that he has much to learn about the state of the world.

After befriending the quixotic MadCap (the delightful Hunter), Jake learns that Molly is the last remaining child on Earth. A self-appointed government known as The Order released an EMP meant to immunize survivors against the devastating bacteria, but instead wiped out all children. This EMP also released a virus being used to control the remaining population, essentially erasing all free will. Jake makes it his mission to reverse the damage done by the EMP, but he makes even more terrifying discoveries about The Order along the way. 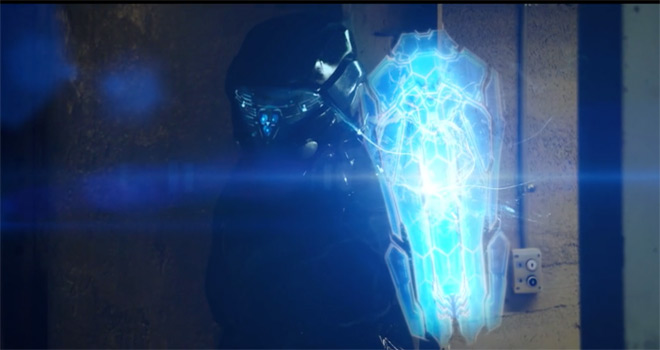 Blue World Order combines a jumble of concepts and inspirations that, on paper, seem like they would not work. They draw from devastating post-apocalyptic stories like the 2013 game The Last of Us, The Walking Dead, and Mad Max, but also toss some hard Sci-Fi flavors in the mix. However, Baker and Bland managed just the right pacing to make this post-apocalyptic, Martial Arts, Science-Fiction, Action film work in a way that is sure to keep viewers in their seats from start to finish.

There are a myriad of engaging action sequences showing off some killer Martial Arts fight scenes, laser-gun shoot outs, and even a Mad Max-like Delorean car chase through the wilderness. Yes, Deloreans, car chase. While there are certainly a lot of elements at play here, somehow the hard Sci-Fi aesthetics do not clash with the dreary The Walking Dead–style setting or the Martial Arts combat. Occasionally, some strange editing choices make the action tough to follow, and crazy color saturation choices render some scenes difficult to look at. Overall, though, this film manages to create some impressive cinematography and special effects. Hopefully Baker and Bland will be given a bigger budget to play with on their next project, because there is no doubt they can wow audiences with their unique vision. 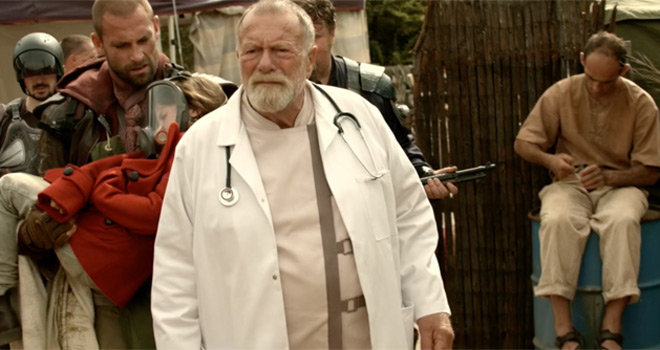 While the films action sequences are on point, there is a disappointing lack of characterization. So much time is spent explaining all of the concepts at play in this world, that too little attention is given to its characters. Sure, Ryan is convincing as the typical, overly-masculine lead, but a richer backstory and some fleshed out personality traits would surely make audiences care more about his story. Hunter’s performance makes MadCap easily the most enjoyable character, but he too suffers from a disappointing lack of history. Furthermore, though Billy Zane is given a top billing here, he makes surprisingly few appearances, which leaves the viewer with a few too many unanswered questions.

Blue World Order’s plot is interesting and passable, if a bit familiar, and close inspection shows a number of gaping holes in the story, but it still manages to be a solid film that fans of Science-Fiction and shows like The Walking Dead are sure to enjoy. For these reasons, CryptickRock gives it 3.5 out of 5 stars. 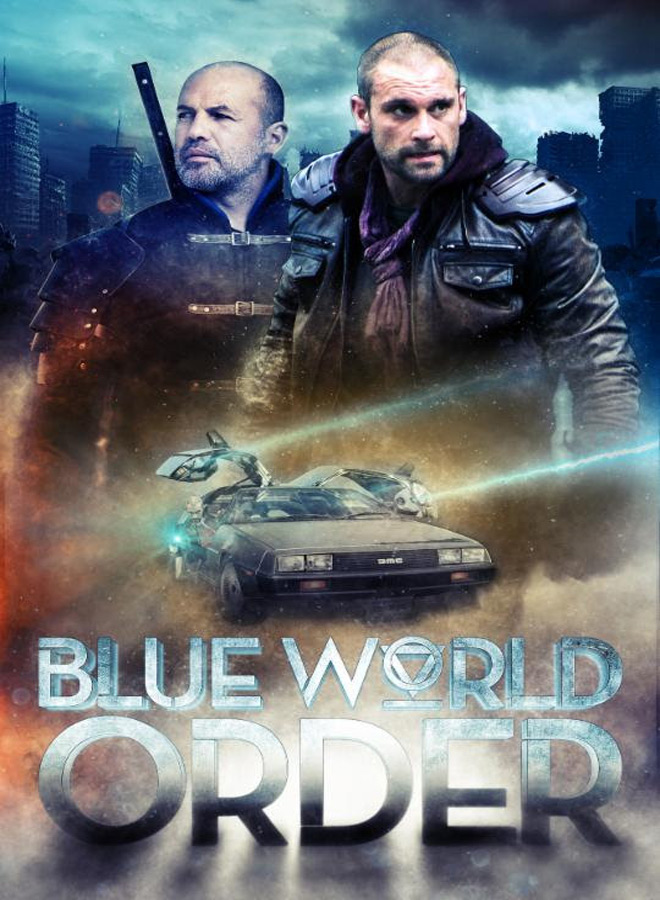