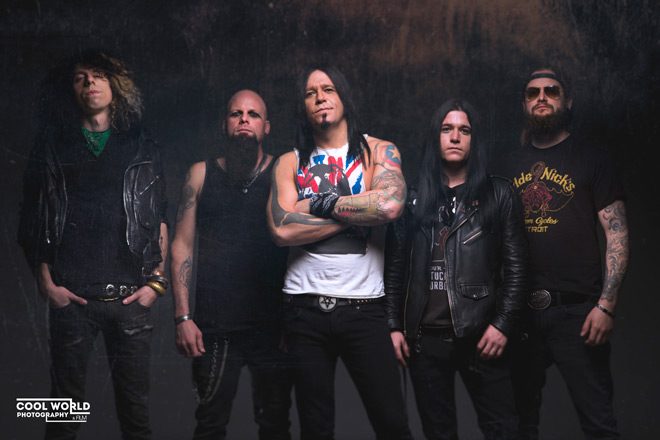 What do you get when you toss Star Wars, the Mothman, and the Hatfields and McCoys into a blender? Hell if anyone knows, but Bobaflex have all those things in common, along with a kick-ass new offering, Eloquent Demons, debuting on August 25, 2017 via Thermal Entertainment LLC.

Formed in 1998 – and led by the McCoy brothers Shaun and Marty (with ties to, yes, those McCoys) – and hailing from West Virginia, Bobaflex were surely destined for greatness. Gigantic Star Wars fans who named their band after their favorite character, Boba Fett, these guys come from the land of the Mothman and create some seriously crazy Rock-N-Roll. Suffering the curse of lineup changes and, ultimately, undergoing some major stylistic changes, Bobaflex have seen some nineteen-years as a band and have seven full-length studio releases to their credit, ranging from their 1999 self-titled debut to 2015’s Anything That Moves.

The introduction, “Eloquent Demons,” reads like a political rally led by Satan, promoting the triumph of demons in infiltrating the White House. If it were not so dangerously close to the truth, it might be ridiculously silly! “I Am A Nightmare” properly launches Eloquent Demons with a gritty, classic Hard Rock/Heavy Metal sound that feels like a very current take on the killer Hair Bands of yore. Layered vocals with rocking guitars – of note is the especially killer solo here – weave themselves into a track that has the balls to challenge, “I’ve been through Hell, I’ll show you Hell!”

Catchy second single/video “Long Time Coming” continues the grit – while praising sadists! – leading the boys into fast-paced rocker “Say What You Will.” The funky Rock attack of “Lights Out” leans Bobaflex closer to a hybrid cross between CKY and, say, Ratt (yes, “Round and Round” Ratt). Meanwhile, “Real Sadness” smells like the spirit of 1990’s Alice In Chains.

“You’re rotting your brain with the pills that you take,” sing the McCoys in the melancholy “Off With Your Head,” anything but an Alice In Wonderland-inspired romp. However, a somewhat literary, Horror-themed good time can be had in “Moon And The Shadows.” As the clouds roll in-front of the sun and the hair recedes, Bobaflex tackle a passionate cover of Pink Floyd’s “Hey You” – which is the album’s first single/video – turning the mood to something more somber, fully classic, and beautifully respectful of the original offering. They conclude the entire presentation with the rocker/stomper “Reckless,” a gritty encore to one rocking collection.

From start to finish, Eloquent Demons is a perfectly diverse whetting of the palate, Bobaflex style. For a band with influences that seem to range across the board – from 1970s Classic Rock to 1980s Metal, to 1990s Grunge – it should be noted with pride that Bobaflex never-ever feel dated or like a silly throwback band; instead, they craft perfectly-modern classics that pay a deviously fun respect to some of the best music of the past three decades. Deliciously 2017, but with Metal-horns raised toward the best parties of the past, Bobaflex are groove-heavy, stomping rockers with their balls to the wall! For these reasons, CrypticRock give Bobaflex’s Eloquent Demons 4 of 5 stars. 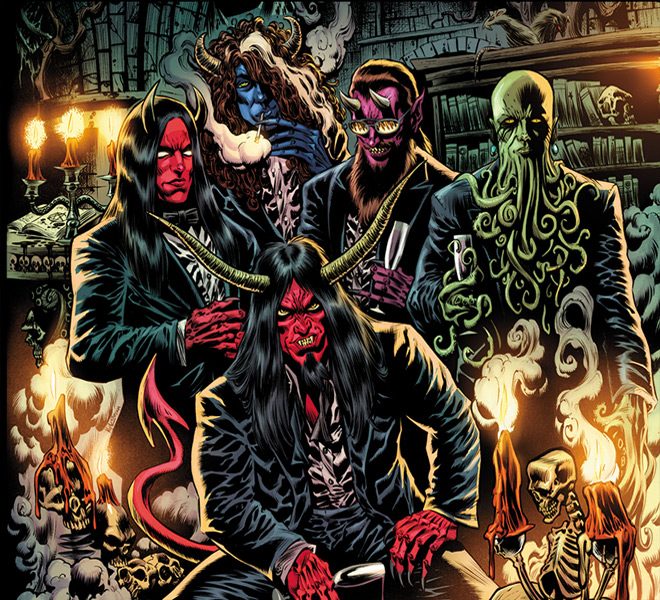