Arriving to VOD platforms on the 13th of November, as well as DVD the 2nd of January 2018 through Cinedigm in the US, is the new film The Body Tree. Produced by FishCorb Films and Invada Film, the Thriller is a tale about witchcraft and murder in the Siberian wilderness. So, does it stack up to be as intriguing as it sounds? 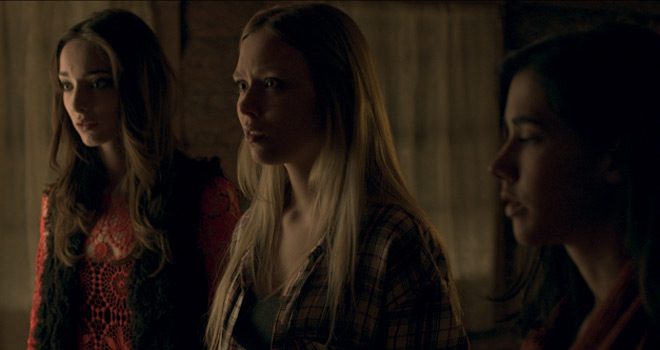 It all starts when a group of friends travel to the Altai Mountains, Siberia to take part in a ritual to honor their late friend Kara (Ana Flavia Gavlak: The Bronx Bull 2016, La La Land 2016). Instead of it helping her spirit move on to the next life, it lets an evil spirit out instead. It possesses one of them and makes them stalk after the others with the intent to kill. The only way to stop it is to find Kara’s real murderer, who is hiding amongst them. Alone and hundreds of miles away from civilisation, the group must survive long enough to avoid being killed by either the spirit, the real killer, or by each other.

Based from IMDB, this is Thomas Dunn’s first film as a director since 2007’s The Ungodly aka The Perfect Witness. Although, he has kept himself busy, having written and produced films like 2012’s Enter the Freeman and 2008’s Reflections respectively. He wrote this film alongside Mikhail Kukushkin (The Young Evil 2008, Startap 2014), and the two of them co-produced it alongside eight other producers from Spain (Loreto Rodríguez Modroño: Curse of the Slender Man 2014, Terrorists Anonymous 2016), Russia (Aleksandr Kotelevskiy: Lyubov-Morkov 2007, Steel Butterfly 2012), and beyond. 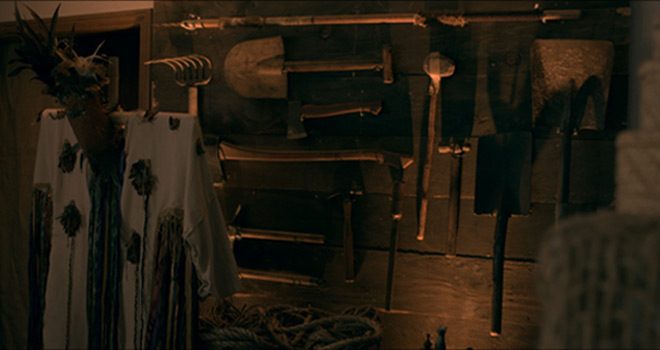 It was largely filmed in America, with Canyon Ranch playing the part of Siberia. It does open with some beautiful views of the actual Altai Mountains taken by drone. In fact, the cinematography – done by Colin Akoon (The Incredible Hulk 2008, It 2017) and a sizeable camera crew – looks quite stunning in places, especially when outdoors. The visual effects by Mihaela Magopat (Double 2016, The Worthy 2016) and Abis Studio’s Victor Vilceanu (Al Asleyeen 2017, Kingsman: The Golden Circle 2017) also come off quite smoothly. The special effects (supervised by Allan B. Holt: Thor 2011, Captain America: The Winter Soldier 2014) are also quite convincing with its occasional bouts of gore and mutilation.

The pretty looks are not enough if the story is not up to snuff, and it is somewhat derivative. It has hints of 1982’s Evil Dead with the spooky cabin in the middle of nowhere, inhabited by evil spirits. There is also a sprinkling of Agatha Christie’s 1939 novel And Then There Were None, with the group risking being undone by their own paranoia as well as by the murderer in their midst. The cast of characters also run through some familiar tropes, from the exposition-delivering true believer (Mark Borkowski: Boardwalk Empire series, House of Cards series), the skeptic jerk (Kyle Jones: Hidden Away 2013, The Blackout 2014), and the slacker in way over their heads (Michael Cardelle: House of Usher 2008, Kamen Rider: Dragon Knight series). 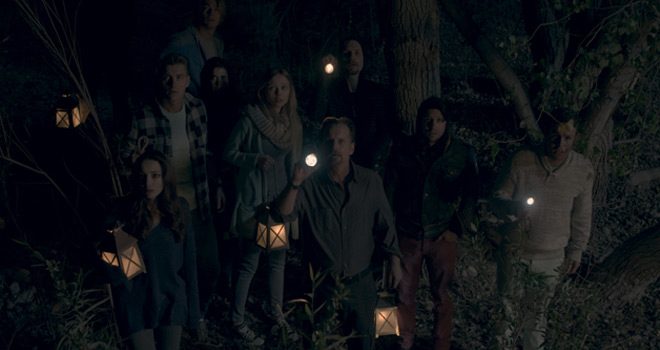 With standard characters come standard acting. The performances are not anything special, but they are not terrible either. The actors fit their characters and they do fine enough jobs with them. If anything, the way they interact with each other and hint at unseen events is often more intriguing than the main mystery itself. They do a good job at building up tension, but once the film starts whittling its way towards the big twist, it feels more like a left-hand turn. If the audience watches the actors carefully, they may be able to determine who the real killer is pretty early in the film. If they do, then there is not much reason to stick around.

In the end, with its nice scenery and nice effects, but average acting and ho-hum story, the whole package is pretty but unremarkable. There is nothing astoundingly bad or wrong with it, but there is not much to recommend it. It will not hurt people if they gave it a shot, but there are better murder mysteries out there. For these reasons, CrypticRock gives The Body Tree 2.5 out of 5 stars. 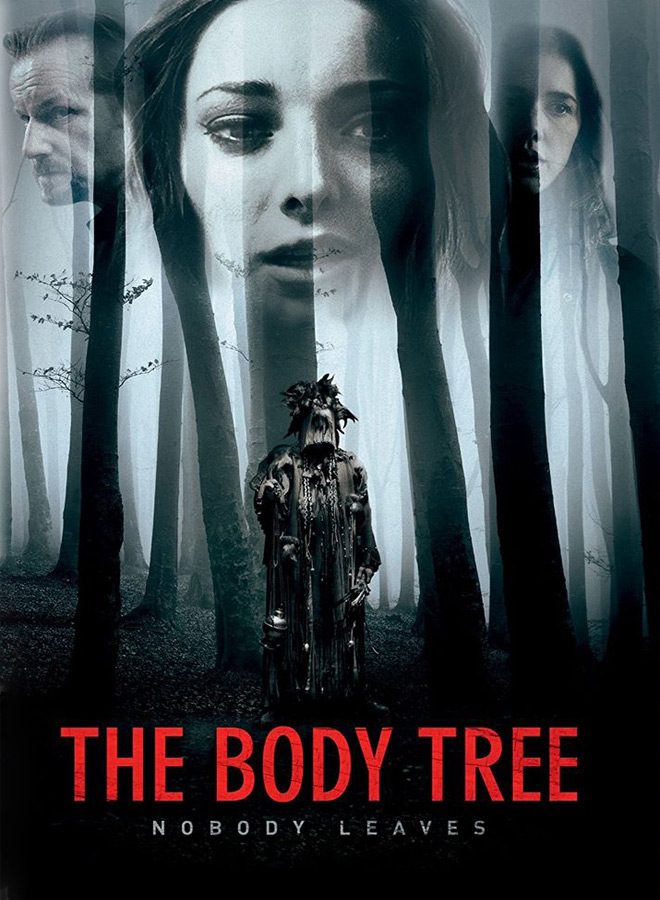