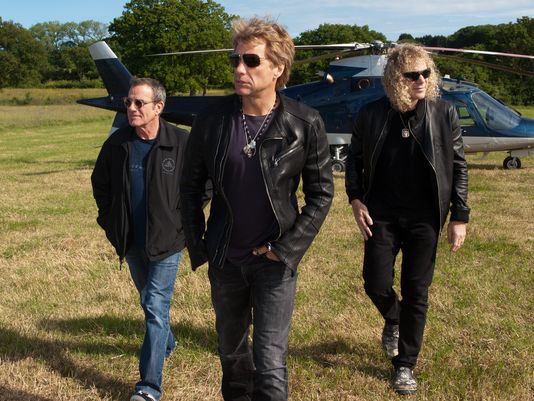 In the thirty-two years since New Jersey’s Bon Jovi came together, they have remained one of the biggest selling bands in the world. Having achieved platinum status with 1984’s self-titled debut and 1985’s 7800° Fahrenheit, it was 1986’s Slippery When Wet which launched the band into a new stratosphere. Following up with huge tour after huge tour, consecutive chart-topping albums, Bon Jovi are a household name regardless if one is a Rock fan. Since their formation, there have been many changes, though possibly none as dramatic as the departure of guitarist Richie Sambora following the release of 2013’s What About Now. Needless to say, Bon Jovi march on strongly, and in 2015, the band consists of their regular core of Vocalist/Guitarist Jon Bon Jovi, Keyboardist David Bryan, and Drummer Tico Torres. With the help of long-time bassist Hugh McDonald and Lead Guitarist Phil Xenidis, the band went into studio to work on their thirteenth overall studio album, Burning Bridges.

Bon Jovi freely admit that Burning Bridges is not something they are going to promote, they did not even bother giving it artwork or promotion, it was just to fulfill contractual obligations and give the fans something to bridge the gap until the new album in Spring 2016. Some of the songs are ten years old which did not make previous albums, while others were written specifically for this time, when after thirty-two years they have left Mercury Records. Jon says of the label that he was their longest serving, most loyal artist, but they wanted more and more of the share. With that said, it is not yet certain whether the band will take the independent route or sign to a new label elsewhere, but what is sure is that there is lots more music to come from Bon Jovi. The album is almost just thrown away; no credits on the sleeve, no pictures, none of the things you would expect, the equivalent of a brown paper bag, very unlike Bon Jovi and yet brutishly honest. Not even a pretence that this is anything more than tying up the loose ends to move on. While Jon has made it clear this is in regards to the label, there are certainly elements that suggest this also refers to the departure of Sambora as well.

Opening track “Teardrop to the Sea” is full of the classic Jovi hopefulness, a slow burner with tons of atmosphere and emotion. One of four on the album co-written with Billy Falcon, a regular contributor to Bon Jovi songs over the years. Picking up the pace for “We Don’t Run,” which is full on attitude, rebellious and defiant, a traditional anthem that will do well live. “Saturday Night Gave Me Sunday Morning” is a typical song about appreciating what life has given you, it has a feel-good factor about it and a warmth that makes it a joy to listen to. You can depend on Bon Jovi to come up with a song that helps you through the tough times, inspires you to keep fighting when all seems lost, “We All Fall Down” fits that role on this album.

Then there is “Blind Love,'” which is the slow, sensitive ballad, bitter-sweet and sung in gentle hushed tones. It is a little unpolished, and while it has some lovely lines, the end becomes a little repetitive and it seems unfinished. It features Lorenza Ponce on fiddle, suggesting it was written about the same time as 2007’s Lost Highway. The second Falcon song of the album, “Who Would You Die For,” is a song of seduction and lust, even the prime of maturity, Bon Jovi still does sexy well. “Fingerprints” is another Falcon contribution, and a beautiful song it is too; soft, sensual, and a rich tapestry of guitars lifting it, delightful melodies making this the best track on the album. Also written with Falcon, “Life is Beautiful” has a slight Country twang to it, and another track that encourages the listener to appreciate life, full of positivity and optimism. “I’m Your Man” is one of the songs the audience has been asking for. Finally making it to an album, it already has a place in the hearts of Bon Jovi fans. A real crowd pleaser of a sing-along song.

The final track, “Burning Bridges,” is a little controversial, and while Jon has stated it is aimed firmly at the label, it is like some drunk party singalong to a one man band. It is not like anything they have ever done before, that is for sure, a real goodbye song. However, avid long term Bon Jovi fans will spot things in the lyrics that suggests this is more aimed at Sambora than Mercury, with some really obvious clues. The line “call this chapter Shooting Stars” will mean a lot to those who remember that Sambora got into the band by playing “Shooting Stars” to Jon when he came into the bar where Sambora was singing, and the last line, it is the equivalent of their first Dance song and has always meant a lot to them. While “play this for your friends in …St Tropez” would appear to be a direct reference to the fact that Sambora has been spending a lot of time in St Tropez these days. It sounds like a real “Up Yours” of a song and fans hoping for a reunion might be sadly disappointed after hearing this track.

Burning Bridges is not an album to attract new fans, but it is one that will be lapped up by the loyal fanbase that have stuck by the band through thick and thin. It does miss Sambora’s soulful Blues-infused vocals, but Phil X does bring something different to the table and it is still appealing, just in a different style. This is the first album not to have a song co-written with Desmond Child, who has been involved in Bon Jovi song-writing since the very start. Furthermore, it is not a classic Bon Jovi album, but it does have some wonderful moments making it very worthwhile, its very much clearing the shelves of the old stuff, ready for the next big adventure, the brand new This House Is Not For Sale, which is due to launch in Spring 2016 with a full tour to promote it. CrypticRock gives Burning Bridges 4.5 out of 5 stars. 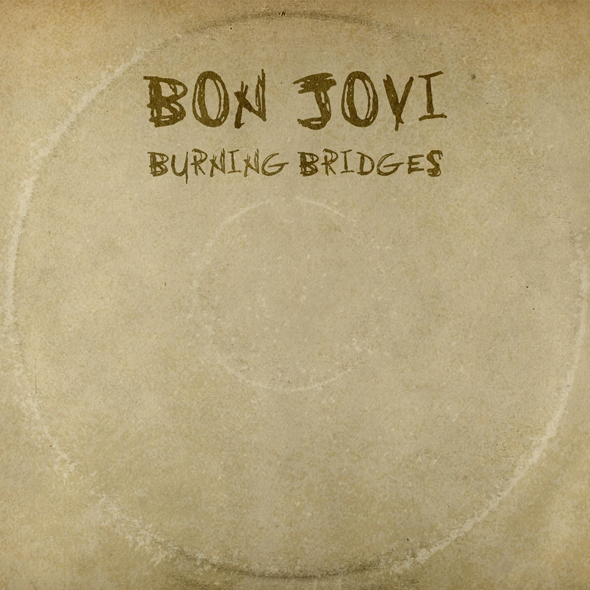