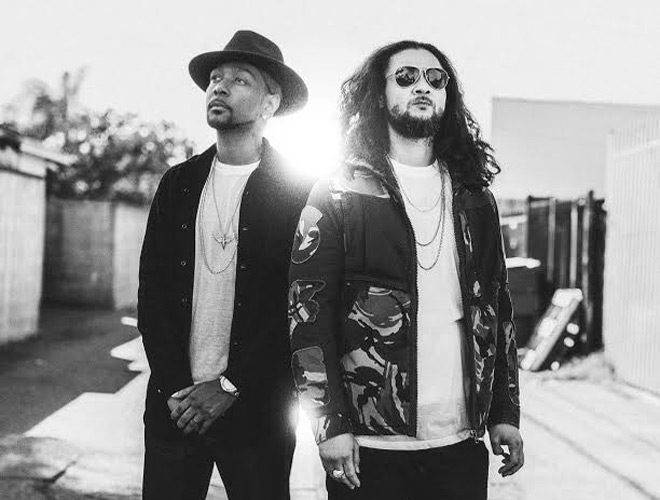 It has been twenty plus years since the Hip Hop sensational Grammy winning group Bone Thugs-N-Harmony burst onto the scene with a style and sound all their own. Initially signed to Ruthless records by the label’s founder Eric “Eazy E” Wright, were it not for the flare for drama and Gangster Rap lyrics, Bone Thugs-n-Harmony could have easily been dubbed a Pop group or R&B group.

Doing things their own way, they attained major success with their hit “Crossroads” off of 1995’s E. 1999 Eternal, Bone Thugs-n-Harmony entered the homes and hearts of listeners worldwide by appealing to the sensitivity to loss. That melodic, stoic sound which they created and cultivated continued to bring fans back time and time again with their 1997 album The Art of War and 2000’s BTNHResurrection.

Each of these albums gave classic hits which have been sampled and remixed numerous times by many artist since. Furthermore, the diversity of Bone Thugs-n-Harmony reached new heights when they were able to recoin the Phil Collins’ 1986 classic “Take Me Home” in 2003 into their own song called “Home,” while actually sampling Collins himself.

So, it should be clearly understood why the thought of a new Bone Thugs-n-Harmony album would garnish so much attention, anticipation, and expectation. As all loyal Bone Thugs-n-Harmony fans, you go into a Bone album looking for those elements which give you that break from the norm and monotonous trends.

That in mind, it has been reported that the group will be returning sometime in 2017 with a brand new album to be titled E. 1999 Legends. No one knows exactly when the album will drop, but it is certainly planned, adding to fan’s anticipation. In the meantime, one Thugs-N-Harmony’s Krayzie and Bizzy Bone have teamed up as a duo, debuting with their album New Waves June, 23, 2017 via Urban/Entertainment One.

Fifteen tracks, it opens with lead single “Coming Home” featuring Reggae Artist Stephen Marley. Initially hitting airwaves back in March, the song opens the album with high hopes, offering a refreshing sound fusing the Rastafarian feel and melodies with that patented stoic melodic sound Bone Thugs-n-Harmony does so well. Now, as mentioned, this is not a Bone Thugs-n-Harmony album, so those expecting such, need to be warned. According to Krayzie, this is a collaboration he and Bizzy have spoken about for years. It is something they have wanted to do, and now they finally get to do it. That said, anyone going into this album need to go into it with the right frame of mind.

Track two, “If Heaven Had a Cellphone,” continues to give that smooth, harmonious, staccato sound which listeners have come to expect from Bone. In addition, it features the singer Tank, who helps to give the sound an underlined R&B feel. By track three, you will find yourself truly rooting for Krayzie and Bizzy to pull this album off. Not disappointing thus far, next comes “Good Person” featuring Joelle James, who no doubt nails the hook and she could easily be mistaken for Rihanna at first listen.

Moving on, “Fantasy” is when New Waves takes a turn as Krayzie and Bizzy both go for a throwback track, but simply fails to appeal to anything they have done before or anything which is working today. The same could be said for “That Girl,” another cut which fails to produce any significance. Featuring a guest spot from Kaci Brown, it sounds like a Pop ballad, not helping its case. There are highlights though and “Let it all Out” is possibly a play off The Hombres 1967 song. Here, Krazy opens it up with what fans may expect and have grown accustom to from him. This gives hope the two will produce something worth writing home about, but the chorus featuring Jazze Pha simply throws a wrench into the mix, making the song and his rifts uncomfortable to listen to.

By this time, some may start to become a little despondent, questioning whether Krayzie and Bizzy can actually pull off New Waves. Then they hit you with the perfectly well-placed title sake track “Waves.” What diehards have been waiting to hear, it features all the original cast of Bone Thugs-n-Harmony. Hearing Krayzie, Layzie, Bizzy, Wish, and even Flesh-n-Bone, all back on a track becomes almost refreshing, giving listeners that food for the soul that they want to hear from Bone.

Taking another drastic turn, “Whatever Goes,” featuring Jonathan Davis of Korn, opens with Bizzy singing over what seems to be an EDM inspired sound. Even the concept for the lyrical content “whatever goes up, must come down” just does not seem to fit on a Bone Thugs album. Then, “Cocaine Love” begins to give some hope that Bizzy and Krayzie will deliver a fulfilling album, delivering a collaboration with another veteran, Bun B. This is before “Bad Dream” opens with a Jazz arrangement which is simply to fake out because it turns into an disarray amalgamation mix which simply does not blend well. By this time, many may be ready to turn back to track 1 and 2, or simply skip past this one. Saving the day, “Gravity’s” mix aims to appeal to the EDM and Electronic audience, but they fuse it together well on this one. Even with the highly unlikely feature from Yelawolf, the track smoothly flows and is complemented by the Techno sample.

Acting as an album filler, “Bottleservice” comes before “Change The Story,” once again, bringing fans back to that Bone sound they know, love, and trust. By this time, many fans will be happy they purchased New Waves because “Ruthless” could easily be a hit single. A tribute to Eazy E, the song once again features Layzie, Flesh-n-Bone, along with Eric Bellinger, showing they have not forgotten where they came from and will never cease to be grateful to the man who gave them their start. A mixed bag of sounds all the way through, “My Way” closes out New Waves. While not the greatest cut off the album, it at least shows us that Krayzie and Bizzy are aware of the sound that is hot today as they make their transition into modern times with a future like vibe, setting themselves up for either a continuation of a New Waves part two, or going in a completely different direction.

In expecting and even anticipating a new Bone album, a true fan wants to hear that classic Bone Thugs-n-Harmony sound fused with our modern day favorites. Not only to just get Bone in the loop with the transition of Hip Hop music, but also for new artist to pay their tribute on a record to pioneers who helped pave the way to their own successes. Debatably, some features from a Rae Sremmurd, Future, Drake, even a Lil Wayne or Nicki Minaj, would indicated to anyone rooting for Bone that they are consciously aware of what is hot. All this said, New Waves is a new direction and worth a listen. CrypticRock gives this album 3.5 out of 5 stars. 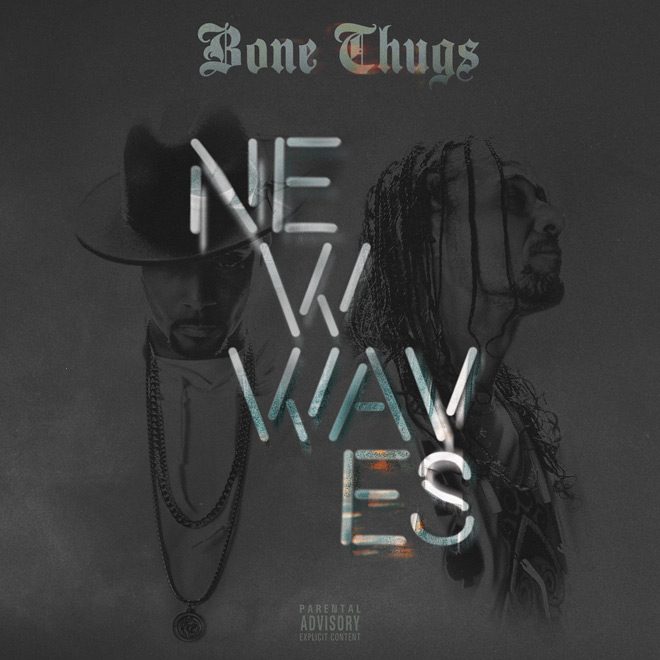