Back in 2007, Novelist S. Craig  Zahler (Wraiths of the Broken Land 2013) wrote a screenplay about four men traveling across the desert to save a group of captives from a clan of cannibalistic Native Americans in the year 1900. Now, in 2015, he has finally seen his vision come to fruition in Bone Tomahawk, released October 23, 2015 through Caliber Media Company. Not only did Zahler write the screenplay, but he also directed the film and, along with Jeff Herriott (It’s Better To Live Life 2010), composed the music for the score. Bone Tomahawk was produced by Some Kind Of Hate’s (2015) Jack Heller and Dallas Sonnier, who also brought along their cinematographer, Benji Bakshi, while the gory special effects were created by Erich Martin Hicks (Scary Movie 2 2001, The Lone Ranger 2013). 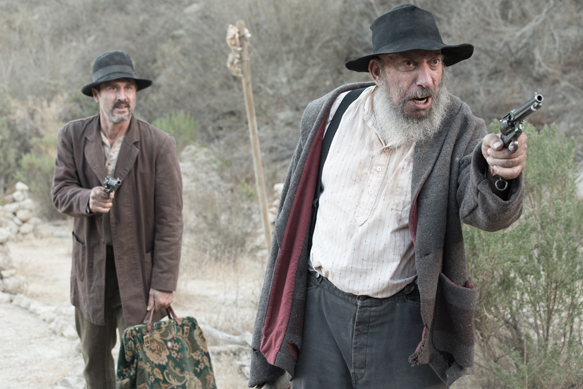 The movie begins at the turn of the twentieth century with small-time outlaws Buddy (Haig) and Purvis (Arquette) bumbling around in the desert when they literally trip over the eerily decorated burial ground of a tribe of people who silently kill Buddy and leave Purvis wounded. When Purvis stumbles into the tiny Old West town of Bright Hope, jaded Sheriff Franklin Hunt (Russell) and his loyal deputy, Chicory (Jenkins), throw him in jail for being a suspicious loner. Unfortunately, the disgruntled tribe was not satisfied by the death of only one man, so they hunt Purvis down to the Bright Hope jail. As he lay in his cell bunk, Purvis’ injuries grow severe, so the Sheriff calls the only person available with medical experience, Samantha O’Dwyer (Simmons), to tend his wounds and leaves the night jailer, Nick (Evan Jonigkeit), to keep watch over the both of them. Samantha must leave her husband, Arthur (Wilson), who himself is bedridden with a broken leg. In the dead of night, members of the tribe kidnap Samantha, Purvis and Nick, leaving only a misshapen arrow behind as evidence. 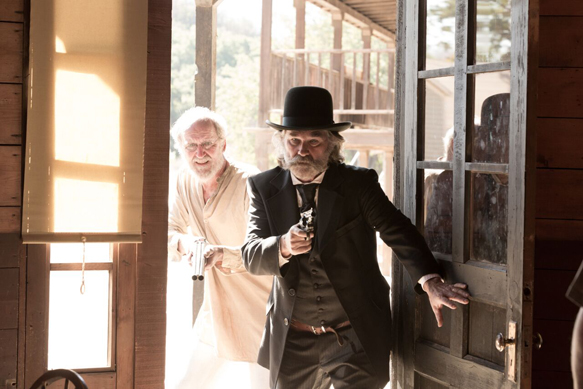 When local Native American Tall Trees (Zahn McClarnon) sees the arrow, he tells Hunt that, while these people may seem like everyday tribesman, they are, in fact, what his people call troglodytes, “men like you would not distinguish from Indians.” They are twisted monsters who were once human but have become bloodthirsty cannibals over years of inbreeding and many meals of long pork. Already damned, these cave dwellers have nothing to lose. Determined to save his people, Hunt gathers his faithful sidekick, Chicory, and local veteran gunslinger, Brooder (Fox), to save his townsfolk from a horrific fate. Undaunted, Arthur insists on going with them, broken leg and all. What follows is a journey through the desert where these men break down, both physically and emotionally, and build themselves back up, reluctantly bonding over their painful and high risk journey as they verbally spar with one another with witty comments and off the cuff banter. It is an intense character study as Sheriff Hunt, Brooder, Deputy Chicory, and Arthur travel across the sparse, lonely desert.

When the four men finally do encounter the kidnappers, they get more than they bargained for as they finally find their quarry. In the very definition of genre bending, a meandering, dialogue-driven storyline turns on its heel into a savage, bloodthirsty Horror. The tension is palpable as the fate of the rescue party and their intended rescuees is revealed, and the tribe members show their painted, bone adorned faces and gut-churning ferocity. 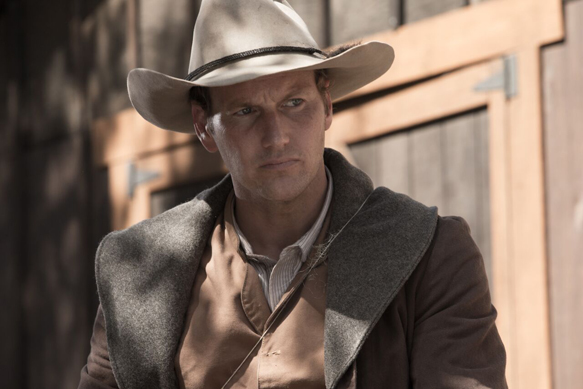 For his directorial debut, Zahler hits the mark on almost every level. The cinematography by Bakshi was top notch, showing the bleakness and beauty of the desert. Both Fox and Jenkins were impeccable, with Fox playing against type as a macho, Native American killing gunslinger and Jenkins taking the reigns of the simple Deputy Chicory and turning him into an unforgettable, loveable character. One’s only complaint may be that the movie is too long, coming in at two hours and twelve minutes, and a rather drawn out middle act, things that could have been fixed with a heavier hand in editing. Reviewers at Rotten Tomatoes give the film an 88% fresh rating while Metacritic lists Bone Tomahawk as having a score of 71/100 with general favorable views. An epic movie, Bone Tomahawk is one that will please both Horror and Western fans with its star-studded cast, whip-crack dialogue and beautiful cinematography. CrypticRock gives Bone Tomahawk 3.5 out of 5 stars. 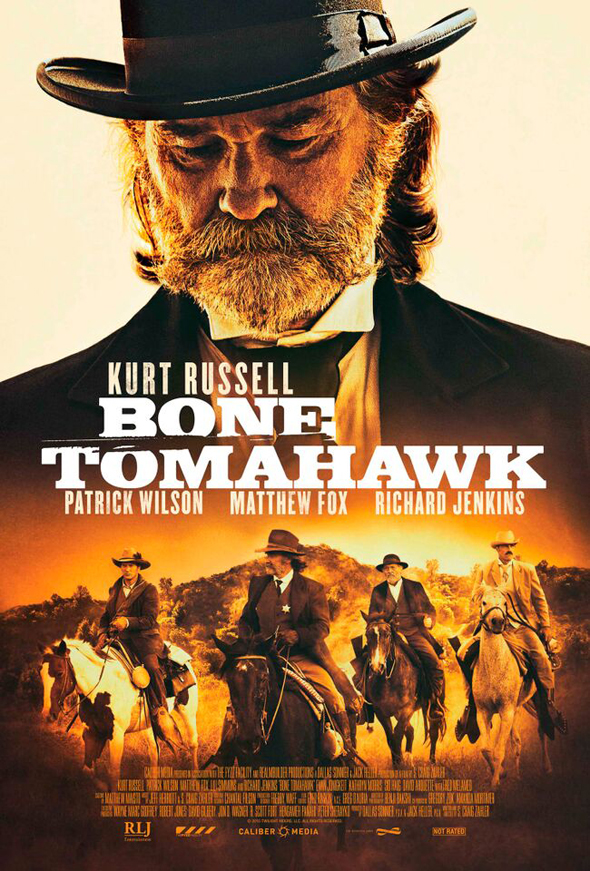