There is nothing like a good dose of scares mixed with a ton of laughs. Bringing one of Tyler Perry’s most iconic characters, Mabel Simmons (aka Madea), to theaters after three years of sabbatical, the famous director, producer, writer, and actor offers up Boo! A Madea Halloween. Playing the role of Madea, Brian, and Joe, Tyler Perry is accompanied by Comedy legends such as Cassi Davis (School Daze 1988, House of Payne TV series) as Aunt Bam, Patrice Lovely (Madea Gets a Job 2013, Love Thy Neighbor TV series) as Hattie, along with young actors like Bella Thorne (Little Monk 2009, Scream: The TV series) as Rain, and Diamond White (Haunted Hathaways TV series,  The Lion Guard TV series) as Tiffany. No stranger to giving many actors their first big-screen role, Tyler Perry also enlists various internet famous celebrities such as YouTube sensations Yousef Erakat as Jonathan and Mike Tornabene as Dino. In addition, famous Rapper Tyga also makes an appearance to round out the interesting cast.  Shot in only six days, Boo! A Madea Halloween hit theaters on October 21, 2016, making it the first mainstream Horror Comedy of 2016. 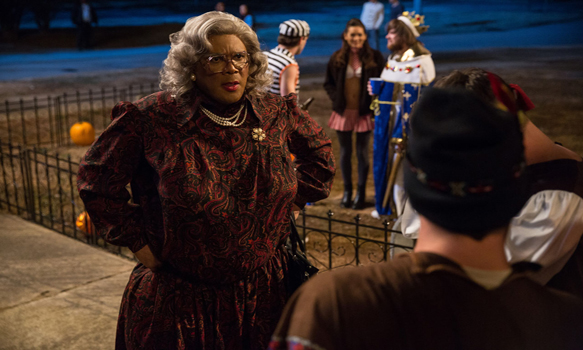 When Brian has a last minute meeting outside of town, he enlists his aunt Madea to babysit his daughter Tiffany after he learns that Tiffany has plans to sneak out of the house with her friend to a party downtown; Madea immediately agrees when she hears she is going to be paid for it. Brian opens the door and, to his surprise, he sees that Madea has brought along his father Joe, and Madea’s friends Hattie and Aunt Bam. After going through the many ways to take care and appropriately stand up to his children, Brian takes off leaving the foursome to care for Tiffany and her friend. It is almost ten o’clock and the party is about to start, so Tiffany devices a plan to sneak out of the house by telling the elderly downstairs about a legend that occurred years ago in an effort to scare the socks off of Madea and company. 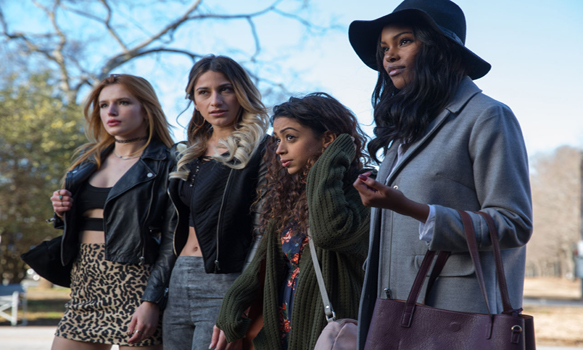 With some gimmicks and light shows, the foursome is convinced that the house is in fact haunted and they all try to stay calm while Tiffany and her friends sneak out of the house. Madea figures out Tiffany’s plans and goes to the party held by college teenagers Jonathan and Dino. When Jonathan discovers that Tiffany is underage and the party is canceled due to Madea, he takes revenge by giving Madea and her friends a night they will never forget. The fun begins when the babysitters start seeing things and clowns inside the house and try to make a run for it only to discover that the kids are just playing a prank on them. Turning tables, Madea builds a plan that will for sure serve as the hilarious moral of the story. 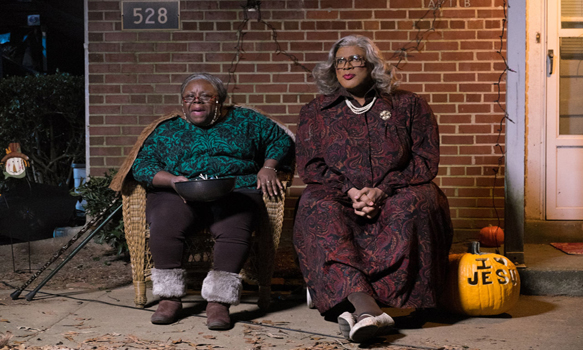 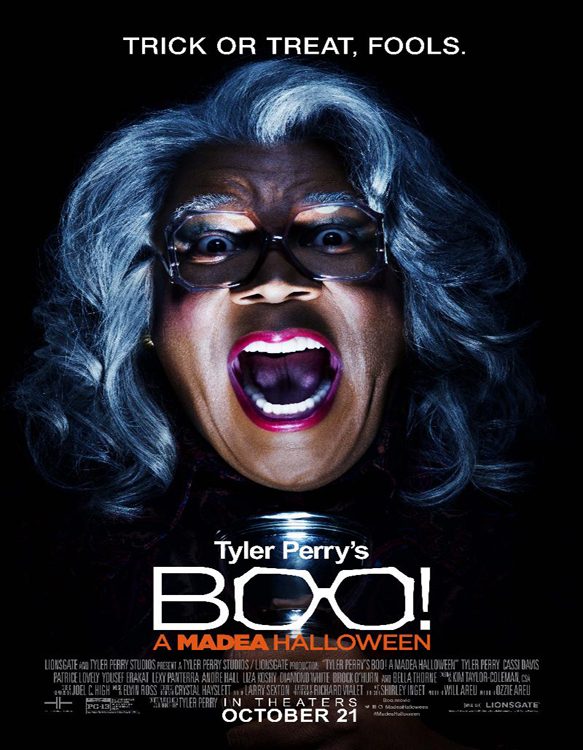