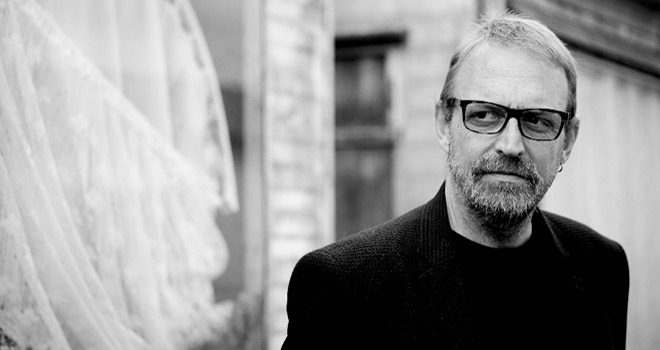 The English Singer-Songwriter Boo Hewerdine has come a long way since his early beginnings as the frontman of the ’80s-forming New Wave/Sophisti-Pop band The Bible with memorable songs including “Graceland,” “Crystal Palace,” and “Honey, Be Good.” Aside from producing other artists’ works and collaborating with fellow songwriters, he embarked on a prolific solo career when The Bible disbanded in 1990. This resulted in nine studio albums – from 1992’s Ignorance to the forthcoming Swimming in Mercury. Hewerdine’s musical trajectory gradually and naturally evolved from the soulful, jazzy Pop inflections of his erstwhile band to a more retrospective, rootsy, and rustic, yet still oozing with Indie Pop sensibilities, direction – aptly represented by Hewerdine’s previous lone efforts like “Sycamore Fall,” “The Girl Who Fell in Love with the Moon,” and “Geography.”

Slated to be released on April 28, 2017 on Reveal Records, Hewerdine’s ninth offering follows that stylistic development. It begins with the sunny, upbeat “Satellite Town,” which sets the tone for a feel-good aural experience and whose jazzy instrumental interlude is a sudden nostalgic trip to the early ’70s; yet it will still be well placed beside contemporary Pop songs such as Barenaked Ladies’ “Bull in a China Shop,” Michael Bublé’s “Haven’t Met You Yet,” and Rathkeltair’s “Something Good for a Change.” The Jazz Pop excursion continues with the ensuing horn-adorned “A Letter to My Younger Self.” Then, with the same beat, vibes, and Doo-Wop-styled vocal harmonies, Hewerdine reminisces about his humble beginnings as a musician with “My First Band.”

Another nod to the gloss and sheen of late ’60s and early ’70s saccharine Pop, “American TV” is sure to make the listener swoon; if one is in his late forties, then it will be a nostalgic trip to his childhood; if one is of hipster’s age, then one has to thank Hewerdine for the gift of chance to visit a golden past. Moving on, the ensuing “Sleep” has The Beatles (“Michelle”) written all over it; even Hewerdine’s voice is coming across in this song like that of Paul McCartney. “Gemini” aptly follows next; its horn orchestration seems like a homage to McCartney’s Wings – catchy, lush, playful, and engaging.

“The Boy Who Never Cried Wolf” is a change of style, treating the listener this time to slices of shimmery and sparkly Indie Pop. It will most likely be the instant favorite of New Wave enthusiasts, as well as fit on a playlist that includes Erasure’s “Magic Moments,” Yazoo’s “Nobody’s Diary,” I Start Counting’s “You and I,” The Postal Service’s “Such Great Heights,” and Owl City’s “Fireflies.”Then there is the slow piano ballad “The Year I Was Born” – time to chill and relax. Another lyrically wistful yet melodically cheerful song comes next in the form of “Drinking Alone.”

The piano takes center stage again with “An Atheist in a Foxhole,” in which Hewerdine is obviously contemplating on something philosophical and existential. The penultimate track, “Voice Behind the Curtain” is a breezy, countryside Baroque Folk that is perfect for an afternoon siesta on a hammock in a peaceful and quiet veranda. Finally, Swimming in Mercury wraps up with the romantic and graceful swing and lullaby of the title track – time to retire in dreamland.

Hewerdine’s new oeuvre is a postcard from his youthful days, both lyrically and musically; and it is certainly shiny and fluid enough to take the listener back to various eras of Pop in the last several decades. CrypticRock gives Swimming in Mercury 4 out of 5 stars. 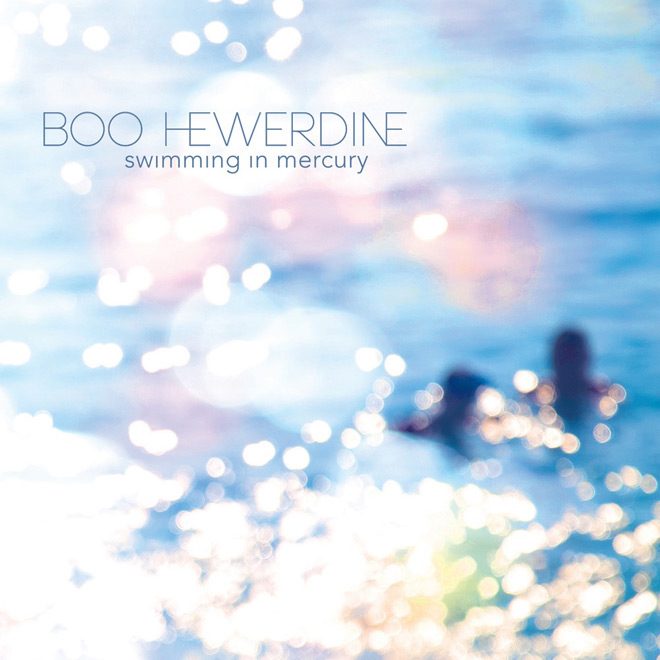