When a sequel is released, it is natural for audiences to compare it to the original. However, sometimes a solid film is unfairly panned because it was done in a different style from the original or simply held up to an impossible standard. Book of Shadows: Blair Witch 2 from the year 2000 is one such sequel. Its predecessor, which was released in 1999, was a pioneer in the Found Footage genre. Because of its brilliant marketing scheme, its earliest audiences went into it believing that they were watching actual footage of the last, terrifying hours of the characters’ lives. The grainy, shaky-cam effect, now considered played out, was seldom used at the time and only enhanced the sense of realism. Book of Shadows was decidedly more traditional in style and narrative, and those expecting a repeat of the original were disappointed, but measuring it by its own merit, it is a fun film. 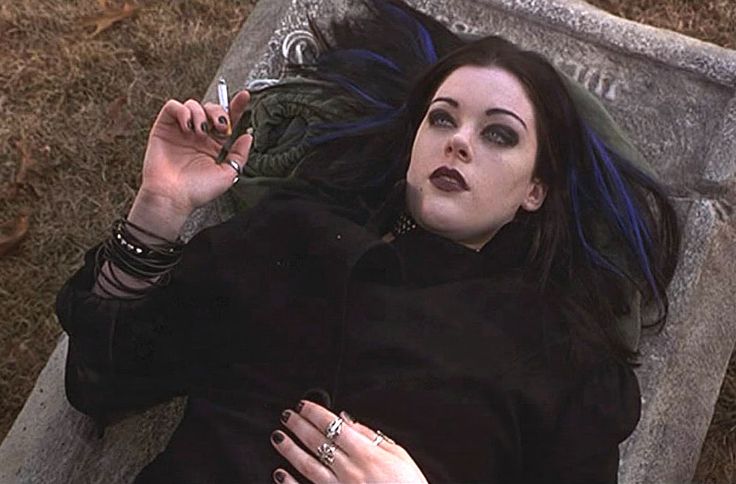 Released on October 27th, 2000, Book of Shadows was created by writers Daniel Myrick and Eduardo Sanchez, who also wrote and directed the original film. Taking over the director’s chair for the sequel was documentarian Joe Berlinger, who is perhaps best known for his Paradise Lost trilogy (1996, 2000, & 2011), which brought much-needed publicity to the plight of the wrongfully convicted West Memphis Three. The filmmakers still went for the true story angle, but knowing the public was in on the joke this time, they employed a game-like marketing scheme to drum up some buzz. This time, viewers were encouraged to solve a riddle by looking for clues scattered throughout the set. Typing the answer on the film’s website granted access to a bonus scene from the film.

The plot of Book of Shadows centers on a group of twenty-somethings who go on a tour of the sites featured in the original film. Burkitsville, MD resident Jeffrey Patterson (Jeffrey Donovan: Fargo TV Series 2015, Burn Notice, 2007-2013) has cleverly cashed in on the hype by organizing this guided tour of his now infamous town, but he has apparently not considered the possibility that there might be real danger in the woods, and, naturally, things do not go quite as planned. Since Jeff markets his tour as one where participants might encounter supernatural, he brings recording equipment to document any strange happenings. Joining him are a Wiccan (Erica Leerhsen: Wrong Turn 2: Dead End 2007), a psychic Goth (Kim Director: The Good Wife 2014, Orange is the New Black 2013), and a couple (Stephen Barker Turner and Tristine Skyler) who are researching for a book on the Blair Witch legend. To maintain realism, all of the characters have the same first names of the actors playing them. 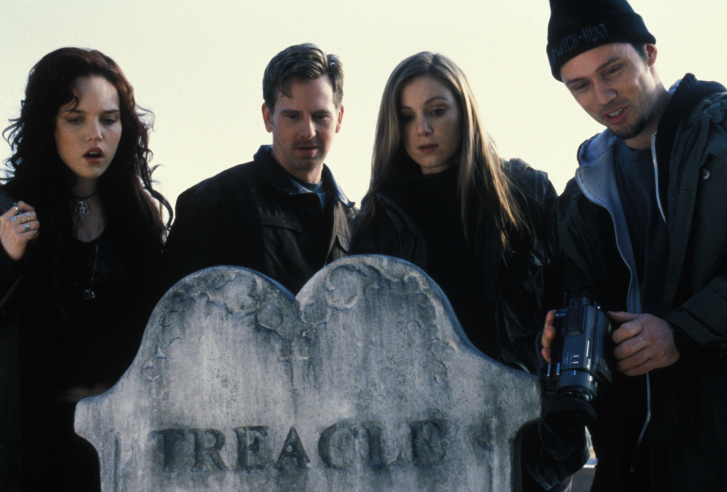 The group camps overnight on the ruins of a home belonging to a child-killer who is assumed to have been acting on the influence of the Blair Witch. They light a fire, get drunk, and party, but otherwise pass what appears to be an uneventful night. Upon waking, however, they see the torn remnants of Tristen and Stephen’s research, realize that they cannot remember anything from the night before, and conclude that something bizarre is going on. They spend the rest of the film at Jeff’s place, an abandoned warehouse, reviewing footage from Jeff’s recordings trying to piece together the events of the night before.

Most of the footage is missing, but brief flashes show the group participating in what appears to be a Witches’ Sabbat. No one remembers any such event, and now haunted by disturbing hallucinations (or memories), they become increasingly agitated and frightened. It is in the moments where the characters are arguing or panicking that the film loses a bit of its charm as the acting and dialogue just do not feel natural. This is due in part to the cliched characters: the bitchy Goth girl, the sexy earth-goddess Witch, the impatient husband and his quiet, gentle wife, and the unhinged guide. The story is compelling in spite of this, and in scenes where no one is yelling, the acting is adequate. 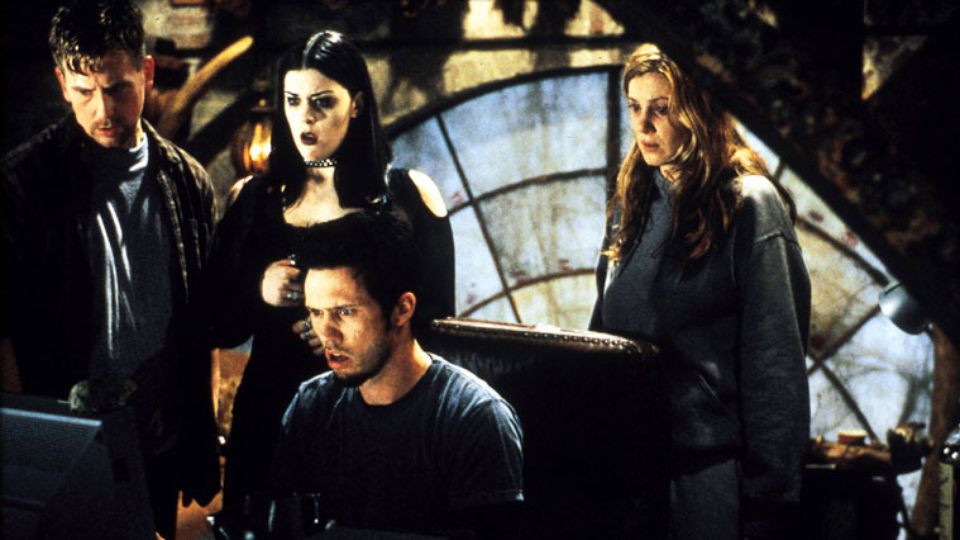 One standout feature of Book of Shadows is its soundtrack. The late ’90s and early 2000s were a time where soundtracks featured prominently in films, contributing a great deal to mood and atmosphere. Such soundtracks were often excellent resources for discovering new artists. While Book of Shadows did not feature too many up-and-coming artists, it did include a few songs from lesser-known or under-appreciated artists, most notably Poe, whose track “Haunted” (off the album of the same name) plays over the ending credits. The film also boasts a track from the inimitable and terrifying Diamanda Galas, whose work is quite apt for a film about Witchcraft.

Admittedly, Book of Shadows is dated, but its story is compelling, and it has some decent scares. Perhaps now that the hype surrounding the original Blair Witch Project has worn off, those who revisit Book of Shadows might be more forgiving of its non-resemblance to its predecessor– especially now that many Horror fans have grown weary of the many films that do seek to imitate the original. Regardless, Book of Shadows is definitely worth a watch for the sake of nostalgia. The under 20 crowd might not get it, but for the rest of us, revisiting a film like this is like revisiting an old friend. 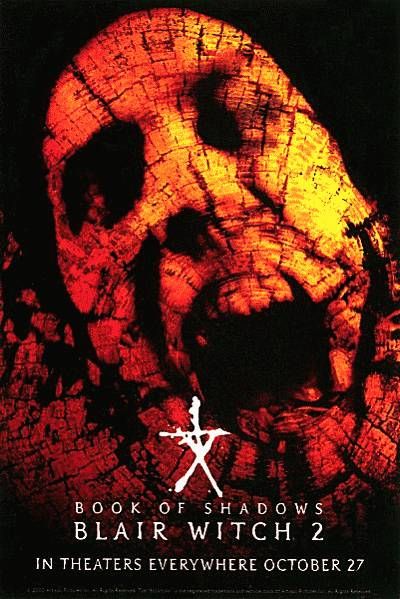 Purchase Book of Shadows: Blair Witch 2 on DVD on Amazon