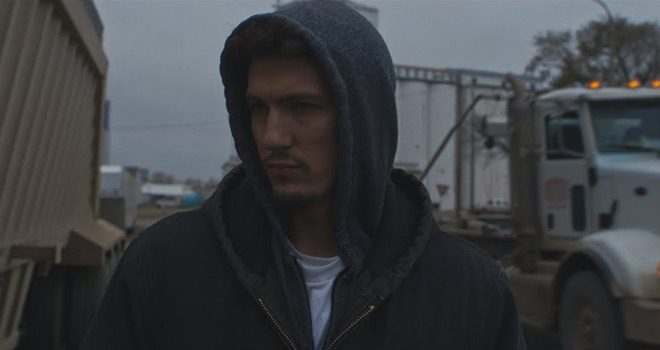 Throughout the film, the trailer-tinged ‘Greek chorus’ is Country music juggernaut and America’s perennial step dad Dwight Yoakam (Sling Blade 1996, Under The Dome 2014), who plays John Turner Sr., the ever-apathetic father that is hardly scrambling to be a friend–let alone a father–to his son. In his own emotionally stunted way, he attempts to give JT stern, short advice which he lets suffice as repayment for more than 20 years of unavailability. It is a kind of paternal treatment that you believe and expect from beer-swilling Yoakam.

The Mephistophelean character Dustin, played by Boyd Holbrook (Narcos 2015, Logan 2016), cameos in one of JT’s haunts and changes his life with a promise of work in the distant cold of North Dakota’s oilfields. Like a true Mephistopheles, Dustin is gone as soon as he arrives.

The meat of Boomtown is, quite literally, a long montage of highly technical oil rigging sequences. The viewer watches JT do assorted roughneck tasks on an oil derrick, clock out, sleep, and repeat for six overlong sequences, each one showing more and more of the minutiae of fossil fuel drilling. At around the third day, you wonder if you are being trolled by the editor; the sequences are back-to-back and all but two are wholly arbitrary. It borders on looking like a B-roll compilation for an oil rig training video.

The soundtrack to these sequences is an ominous, pulsing industrial drone that elicits notions of Fritz Lang’s 1927 masterpiece, Metropolis. Its unrelenting cadence and continuous bass note suggests a mishap or turn of bad luck is impending, but such an event never comes; JT punches the clock, goes home to sleep, and is back the next day for another overlong sequence of rigging. The length of these sequences and the fact that there is no discernible forward action hurt this film. It was like watching 1993’s Groundhog Day, without the levity, comedic exploration, or even attempt at furthering the plot. The rest of the soundtrack is a hodge-podge of downtrodden acoustic instrumentals and road-rough Neo-Country-Folk singers croaking lyrics about diners, cigarettes, and broken hearts. 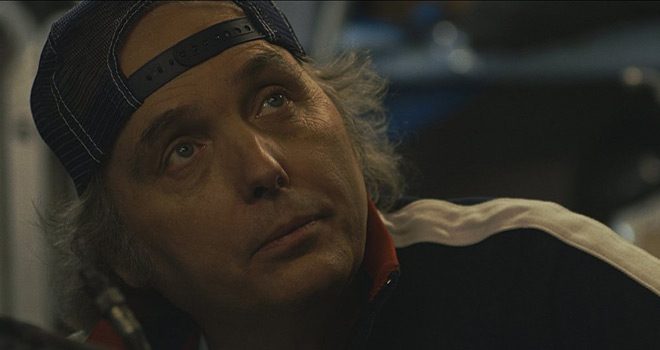 The camera work in the film is provided by the co-writer, the award winning David Newbert. Shot mostly handheld, the slight camera shake is reminiscent of current war films such as 2015’s Sicario and 2008’s The Hurt Locker. In war-torn Mexico and Iraq, the handheld effect lends itself to the trauma, shellshock, and anxiety of the region. In Mayfield’s North Dakota, the trauma and anxiety is much more subtle. It is the trauma and anxiety that accompanies failing as a provider for the people you love most. The jittery camera work matches the kinetic energy of action films better than it fits inert Boomtown.

There were distinct parallels to Faustian tales such as 1941’s The Devil And Daniel Webster and 1824’s The Devil and Tom Walker. JT is lured away from his family by the promise of riches and promptly sells his soul to the oilfield. He undergoes an appalling transformation from a driven and good-hearted—albeit, dogged by bad luck—young man to an impulsive alcoholic lecher and as soon as his contract is up, he loses everything.

Like Jabez Stone in The Devil And Daniel Webster, JT is rescued from the devil’s coarse grasp in the nick of time by someone who loves and would go to any lengths for him. These Mephistophelean tales are becoming more common with the state of things in our world today. People are ready to sell their souls. Not only for riches or fame, but they are willing to sell their souls just for the strength and courage to make it through the day. JT’s story is another cautionary tale of the ephemeral nature of hard and easy times. 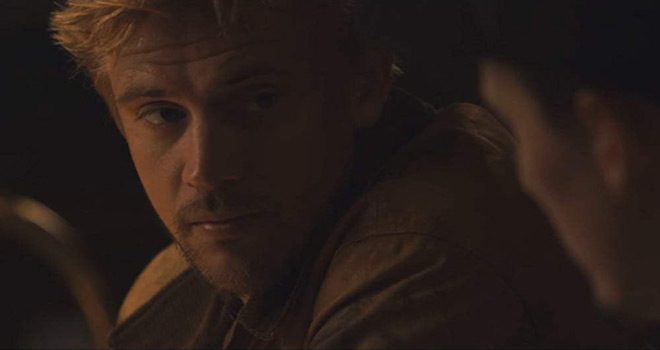 Overall, Boomtown is a month of overcast days concentrated into 131 minutes. It is every song on the split album that John Cougar Mellencamp, Bob Seger, Bruce Springsteen, and Dolly Parton never made–but should have. It is a road-grizzled man’s memorized ode to the “blue collar,” whispered in drowsy fragments on the edge of sleep. It is a paean to a hardscrabble life. It is a cigarette after mediocre diner pancakes in an unincorporated overpass town. It is denim, incarnate.

Most importantly, despite looking like he was discovered on the side of an Abercrombie and Fitch shopping bag, Riggs’ acting is very authentic. At times, it is so authentic that he comes off like a Vice documentarian, covering North Dakota’s black rush; some of the conversations JT engages in look like they were filmed in guerilla fashion with actual townsfolk and roughnecks. The development of other characters is cursory, fleeting, and rarely adds to the plot. That is why, for Rigg’s performance in acting and its woeful, relentless authenticity, CrypticRock gives Boomtown 3 out of 5 stars. 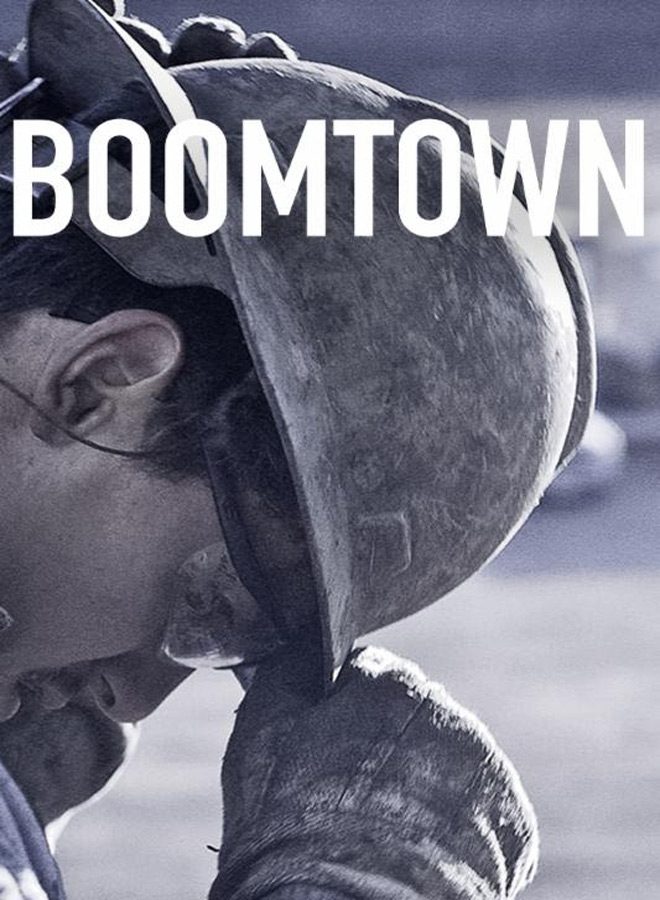