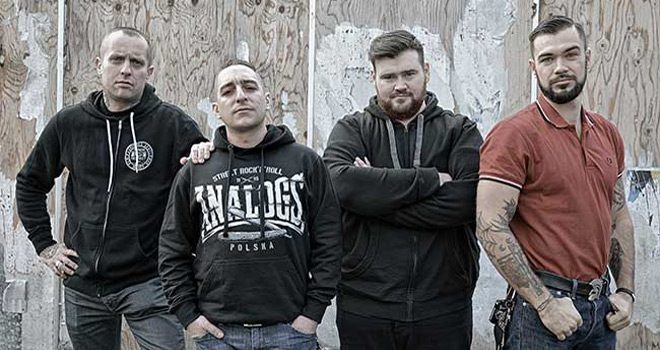 Raise your booze up high and let’s all toast to some positivity throughout the Punk scene! That in mind, UK’s Booze & Glory are here to present Chapter IV, which arrived March 17, 2017 via Burning Heart Records.

Booze & Glory were formed in London in 2009, with the end goal of paying musical tribute to the rowdy UK Street Punk and Oi! bands of the ‘70s and ’80s. Thanks to relentless gigging, their debut video (“London Skinhead Crew”) would rack up in excess of 7-million views on YouTube alone. Tours to Asia, South America, and the U.S. did not hurt the band’s fanbase, which grew exponentially with the release of their albums Always On The Wrong Side in 2010, Trouble Free in 2011, and Bold As Brass in 2014. In addition, the band has been involved in 2 compilations albums, as well as 4 split-EPs.

Newly signed to Sweden’s Burning Heart Records, Booze & Glory wasted no time in releasing their fourth, full-length disc, Chapter IV. The album arrived in mid-March waving a flag of positivity, full of infectious Oi! anthems, killer bass-lines, and gritty gang vocals. Chapter IV begins with a bang with the anthem for friendships that have lasted the test of time, “Days, Months, Years.” It is an epic, full sound that is upbeat, danceable and fun Punk Rock that reminds of some of the greats of the genre (Dropkick Murphys and Flogging Molly, especially). In fact, it is the perfect apéritif for Chapter IV: deliciously representative of the (lucky) thirteen-song collection. The frenetic grit of “No Rules,” motivational cries of “The Time Is Now,” and urgent warning of “Life’s A Gamble” all serve as evidence that Booze & Glory are full of stellar musicianship and upbeat, positive lyrics that encourage fans to embrace life and live for today.

The universal frustration of the working-man – working 9 to 5 and living for the weekend – makes for one truly anthemic offering, “Blood From A Stone.”  Full of (lyrical) knowledge and maturity, Booze & Glory remind us that not every question gets answered (“Fool’s Paradise”), and that we cannot change the world but we can change ourselves (“Violence & Fear”). The latter is especially poignant in our world of random, heinous acts that are meant to create fear in all of us. Inviting listeners to embrace their own individuality – with some killer guitar work and addictive gang vocals – “Last Journey” reminds us of the journey and lessons that have shaped us into who we are today. It flows flawlessly into a fabulously fun toast to hanging with friends at the bar, living for today, and “For The Better Times.” In their final moments, Booze & Glory turn a serious eye toward the eternal, internal debate: should I stop dreaming or “Start Believing?”

Chapter IV is a solidly fun, fabulously-orchestrated collection of some truly great Punk Rock music. For fans of Dropkick Murphys and Flogging Molly – two bands who are often imitated but rarely duplicated – Booze & Glory create music that stands proudly on its own merits, making them a viable option in a sea of copies. They are upbeat, positive, danceable, and delicious infectious, an overall must hear. For these reasons, CrypticRock give Booze & Glory’s Chapter IV 4 of 5 stars. 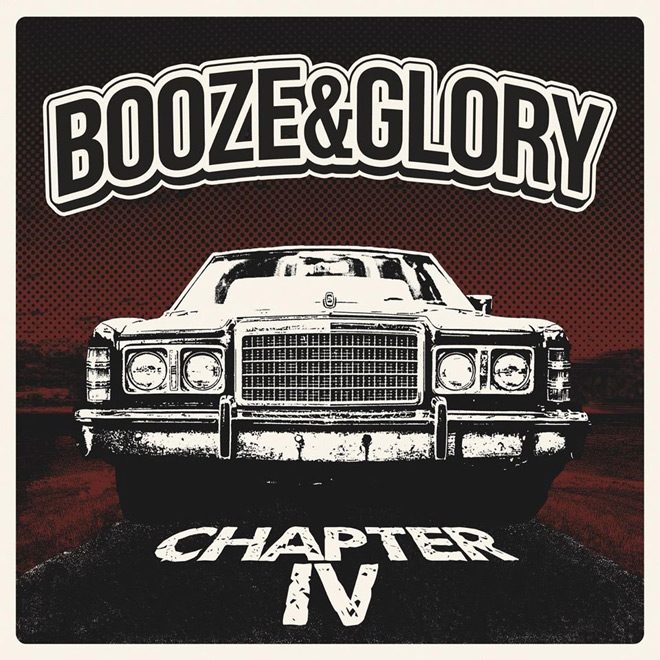