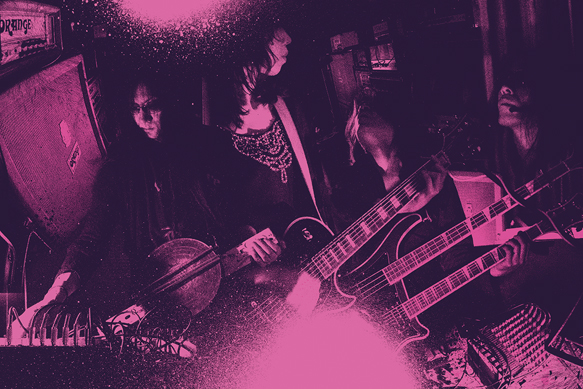 When an artist experiments musically, listeners often praise them for “pushing the boundaries” of what they define as music. With an artist such as Japan’s Merzbow, it is hard to see his music as simply pushing boundaries, but rather shattering them, picking up the pieces and turning them into a gross looking, hectic instrument for electronic noise experimentation. Anything touched by the legendary noise artist becomes monstrous and chaotic, in the best possible way. So when it was announced that Merzbow would be collaborating with Drone-Metal outfit Boris for their first collaborative effort since 1997, many fans felt a mixture of excitement and genuine uneasiness at the thought of the ungodly sounds they would be hearing. That came together in the form of new album entitled Gensho, released via Relapse Records on March 16th.

Japanese word for “Phenomenon,” the album Gensho is not only experimental in its musical style, ranging from slow, ethereal guitar jams to walls of white noise and static, but is also experimental in the listening experience itself. Consisting of two discs, one is entirely controlled by Boris, and the other is controlled by Merzbow. These two discs are meant to be played simultaneously, allowing the listener to mix the two aspects of the album to their liking, in an effort to give every listener their own unique experience.

When the first disc is isolated, it sounds hollow and atmospheric, opening with the welcoming “Farewell,” a song featuring delay-soaked guitars reminiscent of Post Rock pioneers Explosions in the Sky. The song on its own is intensely beautiful, but when it is mixed with the improvised noise of the first seven minutes of Merzbow’s “Planet of the Cows,” it becomes chaotic and foreboding. The sporadic cymbals in “Resonance” sound bleak and colorless when played on their own, but when paired with the beginning of “Goloka Pt. 1,” the sounds feed off of each other’s energy, building a slow-churning Industrial battlefield of sound.

Breathtaking and complex all the way through, the final moments of Gensho are among its most powerful where Boris’ “Vomitself” and Merzbow’s “Prelude to a Broken Arm” give off harsh noisy drones, populating two halves of the frequency spectrum. Their sounds fly around wildly like an uncontrollable electrical current. Both songs soon fade out on their final harrowing notes, like the end of a natural disaster making for an extraordinary listening experience.

Throughout Gensho, Boris is able to shine on a light on their music diversity. Known to make comments mocking people who try to box them into a specific genre, Boris make an effort to keep their sound diverse yet cohesive, and accomplish that goal well on this album. An example of such is the second track off the album, entitled “Huge,” which hits the listener with a barrage of wailing guitars, and continue the song with a soul-crunching drone. Furthermore, on the fourth track, “Rainbow,” they tame the sound and bring it down to a calm, rhythmic jam.

In enough words, with Gensho, two of the most polarizing, rule-breaking, sound-bending modern artists create a symphony of noise and ambiance that work both separately and combined. Its static pumped builds create an atmospheric experience like no other. With that said, Merzbow and Boris once again blur the lines of what is defined as music, and broaden horizons for experimental artists of the future. CrypticRock gives Gensho 4 out of 5 stars. 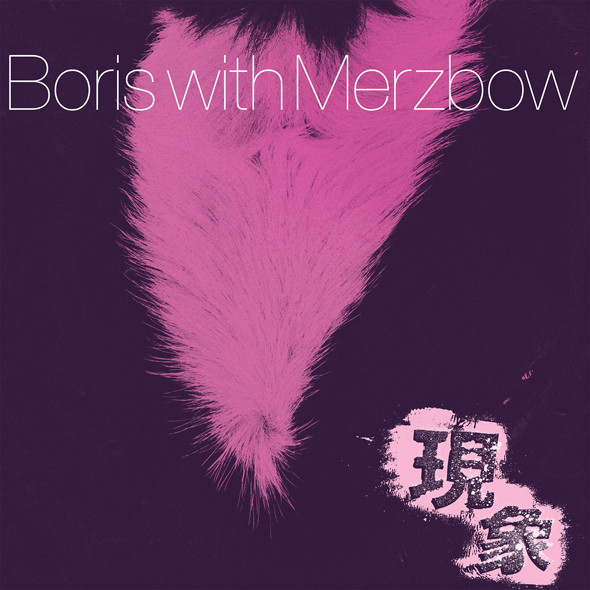