Born of Osiris is the band of many names. Before they were known by the name they took from the Egyptian god, they were known as Diminished, Your Heart Engraved, and Rosecrance. Consisting of Joe Buras (keys), Ronnie Canizaro (vocals), Cameron Losch (drums), David Da Rocha (bass), and Lee McKinney (guitar), they grew up in Chicago with other bands like Veil of Maya and Oceano before signing to Sumerian Records and releasing A Higher Place in 2009. Since then, they have released three more full-length albums including 2015’s Soul Sphere. With each album, the band creeps closer and closer to a top spot on the US Hard Rock chart. Soul Sphere debuted at the #2 spot and has gotten a lot of spins, especially in the college radio circuit. The band has moved through a few different styles that have changed with the times and how people like to classify music, but it is safe to say that they started off as Deathcore and have since been classified more as Metalcore at this point. Soul Sphere promises to keep pushing the boundaries in an attempt to continuously progress.

The album starts with “The Other Half Of Me,” a song that Buras takes by the horns. Beautiful synthesized strings and bells make the song feel very epic and remind one of Dimmu Borgir. It is an excellent opener; heavy, but fresh, and envelope-pushing. Complete with a solo, it ends just as hard as “Throw Me in the Jungle” begins. The song shows one of the reasons the band is considered Progressive; its heavy use of synths, melodic screams, and no-fear take on heavy chugging rhythms. The guitars in “Free Fall” definitely feel more old school Death/Technical Metal, but the arpeggios paired with the bells keep the song from feeling like it does not belong on the album and keep the mood. The song breaks, completely electronic at the end, and it is like a trippy, dark, Techno vamp before it fades completely to “Illuminate,” which brings a mighty chorus in to beef things up. It is the most melodic track yet. “The Sleeping And The Dead” is next and, half way through, has a really heavy break that sets the pace for the rest of the song. “Tidebinder” starts off with radio static and then moves into a filtered riff before Canizaro comes in. The way he works in unison with Buras and McKinney on this track is awesome, in sync, and sounds tight, making a statement and highlighting passages. McKinney wraps up the song with a solo containing sick harmonics.

Moving along, “Resilience” is just full of the sweeping arpeggios that are a great contrast to the Gothic synths that bookend not only this song, but lead us into the next song, “Goddess of the Dawn.” The song has a sweet rising “whoo” sound in the background during the tapping and chorus that is hauntingly beautiful. The whole song is broken into meticulously wonderful sections. “The Louder The Sound, The More We All Believe” has this cool synth line that is used in reverse as well, and the contrast is subtle but cleverly fun. A popular trend in Progressive music today is endless sounding arpeggios and sweeps. Using a pretty simple ear-illusion, one can make a certain section of a song seem to go on endlessly, never seeming to repeat notes, forever rising or descending.

Furthermore, Born of Osiris uses something like the above mentioned textures in the intro to “Warlords.” Digital staccato bleeds really well into the synth arpeggio illusion and takes us into “Rivers Of Time.” More Goth inspired sound, betraying their roots, but taking it to the next level, this song has plenty of piano, breakdowns, and when Canizaro has backup from those now classic bells, it adds an iconic layer to a really well-constructed song. The last track is “The Composer.” There is a lot going on in this track from the Techdeath breakdown, to the violin, to the best part, the Trance vamp around 3:30. It is mixed together with such wonderful craftsmanship; a great way for the record to end, with Born of Osiris saying, once again, that they wanted to continue moving their sound forward.

In another year that shows how many bands are coming out of the woodwork with new sounds and techniques, Born of Osiris does their best to stay interesting and relevant. A laudable effort, Soul Sphere shows that they are still on their A game. Be sure to catch them on the Sumerian Records 10 Year tour with Veil of Maya, After the Burial, ERRA, and Bad Omens starting in February. Check their latest music video for “Illuminate” from the album too. CrypticRock gives Soul Sphere 4 out of 5 stars. 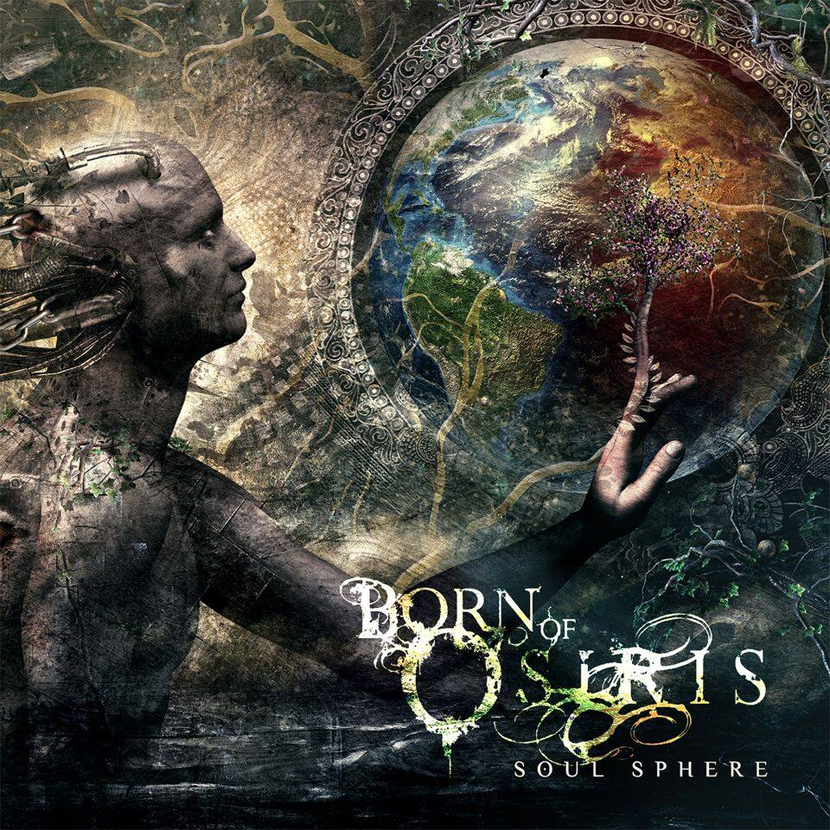