Set for release in theaters and VOD on February 10th comes the new film Bornless Ones. Distributed via Uncork’d Entertainment, while the film may feel a little saturated in the tropes it swims in, its familiar canvas plays host to a number of thrills that give it some surprising flashes of depth. Written and directed by Alexander Babaev (Culture of Fear 2017, Kiss Kiss 2017), the Black Drone Media film utilizes the talents of a few dramatic up-and-comers, notably HBO’s The Newsroom series’ Margaret Judson and MTV’s Teen Wolf series’ Michael Johnston.

Judson carries the film as the conflicted Emily, who, grappling with the idea of giving up her paralyzed little brother to an institution that can care for him, spends a weekend in a new house with her husband and two friends. Her unease is palpable throughout, and she is effective in that her focus throughout seems to be on emphasizing Emily’s struggle with the responsibilities that have transformed her life. 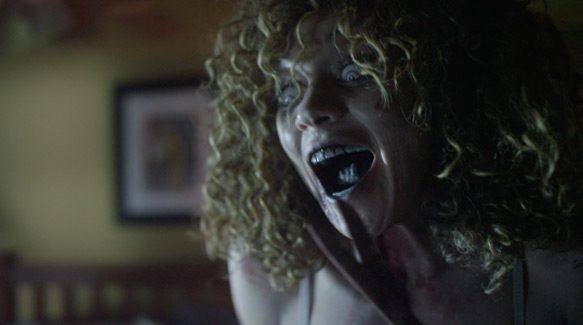 Unfortunately, that unease also gets writ large upon the rest of the film, all the performances occasionally succumbing to awkward dialogue and characters that play too hard to type. It sometimes feels as though the characters were sketched in late in production, and much of the small cast ends up suffering a fate far worse than just being difficult to like…they end up being difficult to find interest in.

Bornless Ones attempts to liven up its universe with a number of characters that show up for one or two scenes also falls on deaf ears; there is a number of bit players who go far too broad, hamming it up with bulged eyes and eccentricity in a way that ultimately makes said universe feel much more hokey than fleshed out. Characters who flash in and out of the movie, like the drunken convenience store owner and ‘zoided’ out real estate agent, do more to detract from the reality of the horror than they do to add to the atmospheric unease.

That having been said, it is once Bornless Ones leans into the horror that it comes into its own. While the villain’s performance is a little too broad, the film wrings legitimate tension out of its appearance. It is also more visually comfortable in this realm; while the first thirty minutes demonstrate little inventiveness, Babaev becomes increasingly confident when the visuals take a hellish turn. Of special note is the make-up work; as the film descends into violence, the consequences are realistically graphic, letting the camera linger in a manner that lesser make-up work would not. 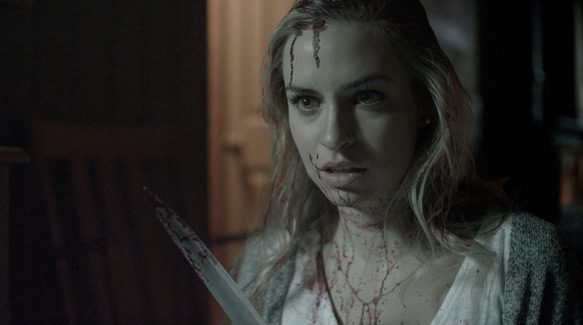 There is an appreciated degree of thought into developing a theme that develops too, which is what makes Bornless Ones seem somewhat schizophrenic in quality. The dialogue and characters can come across as clunky while the visual work is effectively understated. This ultimately results in theme seeming to take precedence over character – the characters end up often feeling like agents of it, rather than organic and independent actors. For such a visceral film, this does mean that it can occasionally feel removed and academic, as if a better balance would have better served the film’s dual needs of emotional and cognitive investment.

Further, this thematic focus can get occasionally stretched thin; tangential plot lines that should enrich each character end up feeling like meandering distractions, as if Babaev miscalculated just how much the final film would end up feeling like a connected whole and not a collection of disparate parts. Viewers end up dealing with a range of issues, but they never coalesce and inform each other: we take a look at how relationships transform with time and increased responsibility, with secrets that friends keep from each other, with past sins manifesting themselves in reality, but it often ends up feeling like a hodgepodge of ideas.

In particular, all this begins to take away from the menace of the antagonistic force – its motivations come to feel convoluted and, like much of the film, it randomly veers into cheesy horror seemingly without intent or self-reflection. 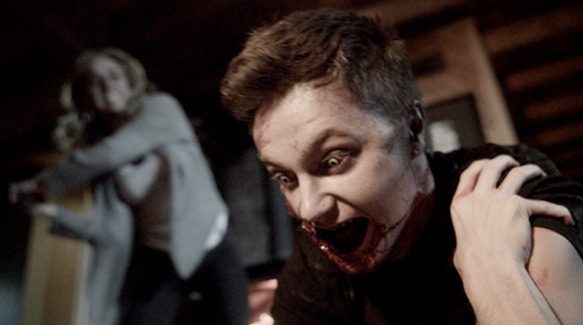 All that said, Bornless Ones showcases Babaev as a promising young talent and the film is enjoyable for those who can get past some of the more tired tropes and under-cooked characters. Additionally, the film ends on a braver note than anticipated, even if the fun of it seems to emerge somewhat out of nowhere. That is the issue with much of it though; it is not that the film is not interesting, it is that it is sporadically so, as if the whole thing could have been ultimately elevated if it had just stripped away some of its more fragmented elements and really zeroed in on the relationship between Emily and her little brother. For these reasons, CrypticRock gives Bornless Ones 3 out of 5 stars. 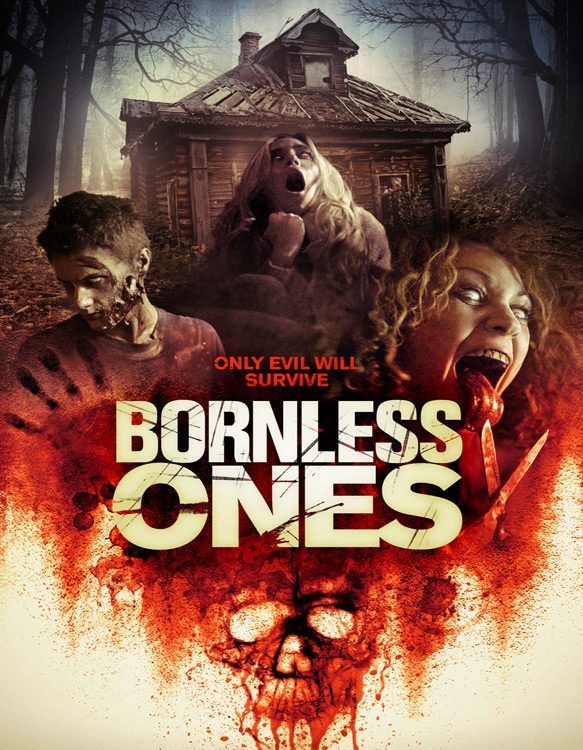 Pre-order Bornless Ones on iTunes