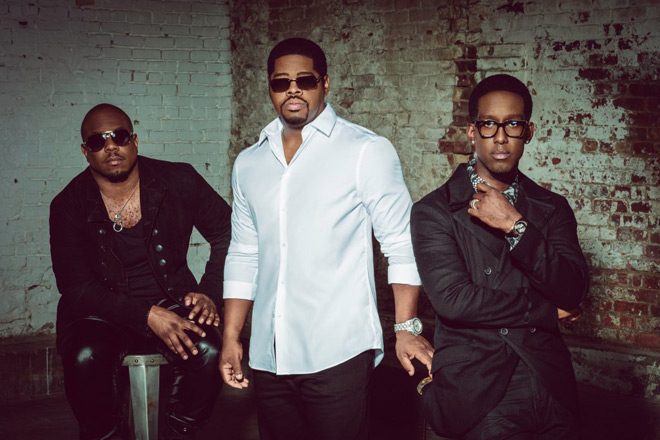 Not enough can be said about Boyz II Men. The best selling R&B group of all time, the trio, who was initially introduced to the world as a quartet, including Michael McCary, have crafted a career for themselves with smooth, melodic DooWop influenced R&B music. Besides the fact that the group is a multi-platinum seller, accumulating over 64 million album sales, they are also a four-time Grammy award winning musical phenomenon with a long list of number ones in their catalogue. Featured on some of the hottest shows on TV, and now have residency in Las Vegas; which has extended an extra year due to its success, Boyz II Men remain highly relevant.

Consisting of original members, Nathan Morris, Wanya Morris, and Shawn Stockman return with their new album, Under the Streetlight, on October 20, 2017 via Sony Masterworks. Their twelfth overall studio album, and first release since 2014’s Collide, Under the Streetlight is a collection of timeless songs brought to listeners, Boyz II Men style.

Remember Tony Curtis, “The Swing,” or “The Twist?” Well, if you don’t, you will instantly be snapped back to the time with Frankie Lymon and the Teenagers “Why Do Fools Fall In Love” as Boyz II Men give you their Millennials version of the classic hit. With a swinging musical arrangement, along with sensational vocal abilities, it is the first song on the album, quickly giving you an idea of the mood, tone, and feel of what to expect.

Next it is The Heartbeats’ “A Thousand Miles Away,” featuring Grammy winners Take Six. As the second song on the album, it takes you to ecstasy, long before you ever want to reach it. So compelling, it uncontrollably takes your mind, body, and even your soul, literally, a thousand miles away from your troubles, griefs, worries, as well as pains. This is what true music for the soul is, and once again, the Boyz have yet ceased to amaze. Then, “Stay,” another cover song originally done by Maurice Williams and the Zodiacs, delivers a minute and a half of all the right stuff, not missing a note. Hitting all the highs and the lows, Boyz II Men sound amazingly dead-on to the original version by the original artist.

Moving along, “I Only Have Eyes For You,” originally done by The Flamingos, warrants mentioning of Composer Harry Warren and Al Dubin, Guitarist Terry Johnson, Pianist Pete Wallace, Keyboardist Theresa Trigg, Bassist Julio Hernandez, Drummer Richard Bravo and Producer Terry Buzzy Johnson, who team up. Together, they make this rendition possible and allowed Boyz II Men to lace their trademark vocals over a classic smash hit. Then, The Drifters’ “Up On The Roof ” comes with an arrangement of strings, trumpets, and acoustic bass that soothes, creating its own vibrational frequency which resonates long after the song concludes.

Keeping it interesting, the Boyz collaborate with Brian McKnight on Sam Cooke’s “I’ll Come Running Back To You.” Mcknight, 16 time Grammy Award nominee, is simply another R&B force to be reckoned with, and on this track it is a match made in heaven. Next, McKnight sticks around for Little Anthony and the Imperials’ “Tears On My Pillow,” because some things are so nice you have to do them twice. Here, Mr. McKnight rules the second verse with his strong delivery and his signature range. The arrangement must be commended because it engulfs the listener into the mix. The final of the McKnight collaborations, Etta James’ “A Sunday Kind Of Love,” talks about the mood that one can find themselves in only on Sunday, only with the right type of love. They say no, Monday, Tuesday, Wednesday, Thursday, Friday or Saturday won’t due, it is only a Sunday kind of love. Taking it back to their upbringings in the church, listeners get a taste of Soul and Gospel well-worth listening to.

Winding down the album, they go into a rendition of Irma Thomas’ “Anyone Who Knows What Love Is,” working with Amber Riley. Riley, a recipient winner of the Olivier Award, offers a magnificent voice that comes cutting through the speakers and grabs you by your heart-strings, pulling on them until you are completely immersed in what can be argued to be a hit single. That may be a bold claim so early on, but anyone who knows what love is will find it to be a seamless process when falling in love with this song.

Lastly, as a final curtain call, “Ladies Man” wraps up the album. Composed by Carlos and Steve Battey, and Brandon Bassir, the arrangement of instruments have a jingle feel with that consistent bright, uplifting sound of the songs that came before. Stating that the ladies believe them to be ladies’ men, truly at their heart, they are actually gentlemen who seek the perfect someone and the ideal type of love between two people. This is what Boyz II Men have given audiences for the last two and a half decades, and this is what Under the Street Light delivers.

Overall, this new collection of covers by Boyz II Men is what listeners should continue to expect from the group who have changed so much, broken down so many barriers, and sparked so many of the trends in music which we use today. An album that delivers high octane, bright music through polished vocals, several of the songs seem to end way too song. All this said, CrypticRock gives Under the Street Light 4.5 out of 5 stars. 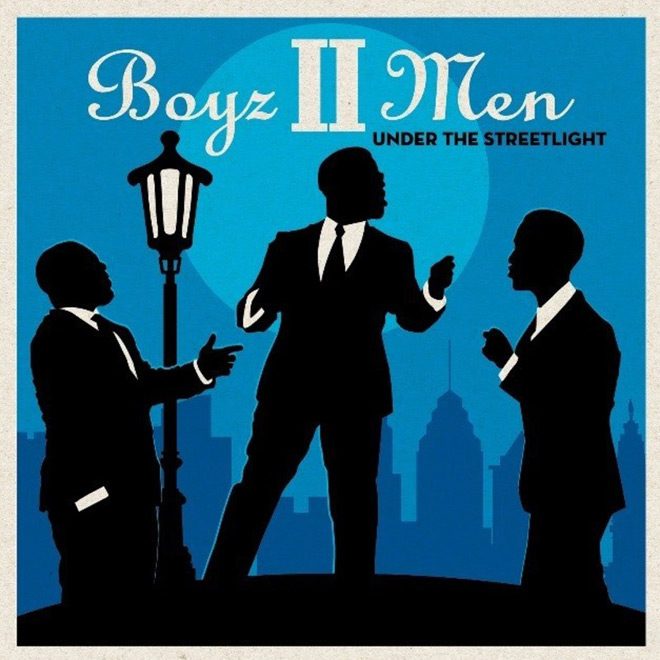 Purchase Under the Streetlight:

Of Mice & Men – Timeless (EP Review) Of Mice & Men – Bloom (EP Review)
Like the in-depth, diverse coverage of Cryptic Rock? Help us in support to keep the magazine going strong for years to come with a small donation.