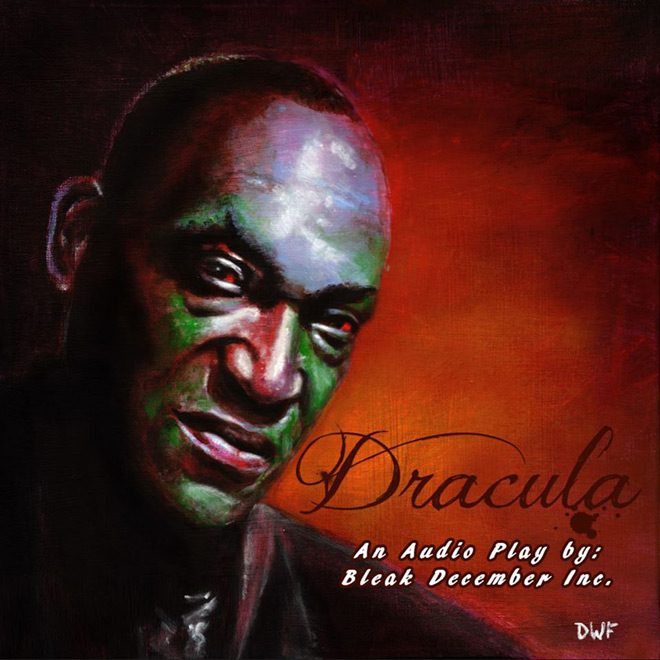 The legendary Bram Stoker’s Dracula needs no introduction. Irishmen Bram Stoker had the temerity to put pen to paper an unbelievable story about the existence of a supernatural being that stalked the dead of night who satisfied his unholy thirst by exsanguinating his unlucky victims. This master of exsanguination – Dracula- whose name would reverberate with palpable evil when intoned and send an iceberg chill of dread down the spines of all who heard it. The horrors leap off the pages like birds in flight.

Still one of the most epic Horror stories of all-time, many plays and film adaptations have taken place in the 120 years since the original novel published. An addition to the culture of it all, on May 5, 2017, spoken arts and deluxe vinyl label Cadabra Records, in arrangement with Bleak December Inc., unleashed Bram Stoker’s Dracula.

The casting of Tony Todd as Count Dracula was just a perfect celestial alignment of the stars. This polished Hollywood actor has uncannily mastered the art of metamorphosis from human form into a diabolical entity effortlessly as if he were but a mere caterpillar morphing into a butterfly. This was clearly the case in his lead role as “Candyman” in 1992’s Candyman as well as subsequental roles which followed through the years.

The malevolent being Candyman lurked behind silver-plated mirrors waiting for the incantation of his moniker in triplicate. This act was an open invitation to enter the realm of the living and confer an untold gruesome death to all those who dare to whisper his name. In his portrayal as Candyman, Todd left an indelible impression with his portrayal as a sinister being with his signature mesmeric voice that left no doubt to the audience that there was no escaping his wrath. He continues this thread in his portrayal of Dracula.

On this new LP, the recounting of a poignant scene that details the unearthly visage that hangs over his wife’s limp body leaves the listener holding back the desire to flee the room from sheer horror. In Dr. Seward’s shocking unveiling of events, there is no mincing of words and the vivid depictions that take form behind the wide screen of the imagination heightens the suspense with the addition of well-placed eerie melodies. In his agitated voice, he describes the beast with glowing eyes and how his wife, Lucy, was powerless against the demon’s bloodlust as his needle-sharp canines tore through her flesh to expose a current of red blood that rejuvenated his dark soul. He was unable to stop him.

Todd’s signature voice breathes new life into the legendary folktale that whispers the name Dracula and all things undead that go bump in the night or that have the gumption to claw at your window waiting to be let in. He whispers of salvation from the poverty and ills of life. This diabolic soul, this abomination blatantly ignores the plaintive cries of the mother as her life was drained from her as if by a straw. Music accompanied the sounds of running feet, the shouts of men, and the turning of the carriage wheels. Dracula is hunted by the stalwart Dr. Van Helsing who disperses garlic cloves as if they were air fresheners and carries wooden stakes to drive into the black damned hearts of the undead. Strains of music kept pace with the narration and giving rise to an abated breath and a rapid pulse rate as the story is unveiled. We hear cliffhanger sinister beats carefully intertwined in the narrative.

The limited first pressing of Dracula was delivered on 150-gram vinyl in a run of 500 copies, with 160 on red and black swirl, 40 in hand-dipped blood splatter, and 300 on grey marble. In regards to the production, if you ever confront Tony Todd in a black cape, please turn tail and run – you just might get more than what you bargained for. That said, the power of the imagination coupled with the sounds convey the images that Bram Stoker had intended on this LP. CrypticRock give this special release 5 out of 5 stars. 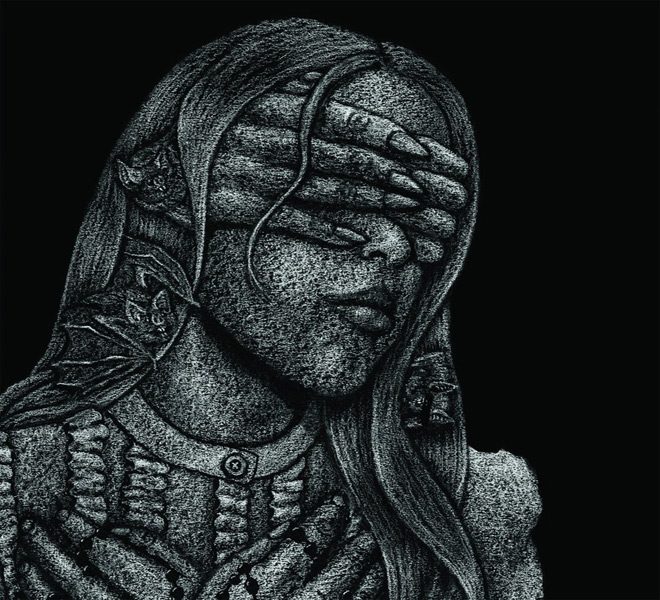 Wednesday 13 – Necrophaze: Antidote (EP Review)
Like the in-depth, diverse coverage of Cryptic Rock? Help us in support to keep the magazine going strong for years to come with a small donation.