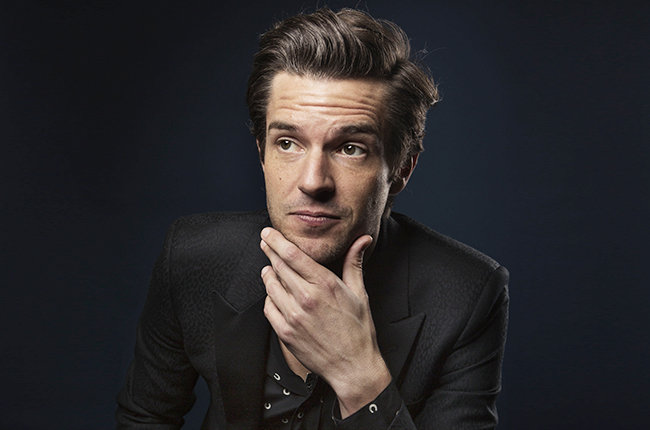 Any music enthusiast who is very familiar with the genres New Wave and Alternative Rock and the band The Killers should be able to glean that the music of this band is basically part–New Wave and part–Alternative Rock. The jagged and shapely strums of the electric guitar along with the driving groove of the bass alongside the drums are beautifully balanced out by the catchy, orchestral melodies of the synthesizer and keyboards combined with the quirky and throaty tenor of lead vocalist Brandon Flowers, whose voice usually comes across as a combination of the vocal styling of The Cure’s Robert Smith and of Echo & the Bunnymen’s Ian McCulloch. Knowing now what comprises the sound of The Killers, the listener should be able to surmise fairly what prompted Flowers to pursue a solo career on the side despite the success of his band: more New Wave sound.

After listening to Flowers’ debut solo album, 2010’s Flamingo, and the recently released follow-up, the attentive listener should be able to acknowledge that Flowers simply wanted to have the chance to produce music that is no longer only partly but instead full-blown New Wave. Understandably, he could do this unadulteratedly and taintlessly only if he alone holds the reins. After all, according to Flowers himself, he breathed ’80s [New Wave and Synthpop] music for the first eight to nine years of his life; whereas the musical ethos of his The Killers cofounder, guitarist Dave Keuning, is rooted in the Alternative Rock of guitar-driven bands like Oasis, Smashing Pumpkins, and Radiohead. So, Flowers’ seeming necessity to breathe out his childhood preoccupation, even if only for his own creative retrospection and musical satisfaction, becomes obvious and understandable. Nonetheless, a big percentage of those who love The Killers belong also to the so-called ’80s generation, so they will surely come to terms easily with Flowers’ new album.

Entitled The Desired Effect, Flowers’ second solo effort was released on May 15, 2015 on Island Records in the U.S. and on Virgin EMI in the U.K. The ten-tracker begins with the prophetically titled “Dreams Come True”—a big-sounding album opener with a bombastic introductory interlude led by a synth melody that is also the carrier riff of the song and with a coda that is dramatically textured with a pastoral-style female backing vocals. This choral vocal mood flows consistently into the next song, “Can’t Deny My Love,” which features also electronic tribal drumming and subtle chiming guitar rhythm in the background; its overall sound may remind a New Wave fan of Naked Eyes (“[What] In the Name of Love”), Ultravox (“Reap the Wild Wind”), and Big Country (“Wonderland”). “I Can Change” will most likely be an instant ear catcher to ’80s New Wave and Synthpop aficionados. Its opening synth drench has a hint of Madonna’s “Like a Prayer,” and the song’s structure itself was based on the drum pattern and the keyboard riff of Bronski Beat’s “Smalltown Boy.” As a bonus, it features the voice of Neil Tennant of Pet Shop Boys. “Still Want You” is a midtempo that has a slinky groove and an engaging chorus. One of the album’s slow ballads, “Between Me and You,” finds Flowers in an introspective mood on a backdrop of arpeggiated synth and piano melody with minimal string orchestration towards its end. “Lonely Town” is oozing with Pop sensibilities, complete with a horn interlude and a vocoded vocal part. “Diggin’ Up the Heart” is like a pared guitar version of The Killers’ “Mr. Brightside”—same beat, same feel, just less guitar angularity. The last three songs—”Never Get You Right,” “Untangled Love,” and “The Way It’s Always Been”—are all slow and somber ballads in varying shades and moods, wrapping up the album in a fitting manner.

Brandon Flowers is the vocalist of the chart-topping U.S. band The Killers, which he and guitarist Dave Keuning formed in 2001 in Las Vegas, Nevada. Joining the duo in the following year to complete the lineup were bass player Mark Stoermer and drummer Ronnie Vannucci Jr. Soon after the release of their debut album, Hot Fuss, in 2004, the band catapulted to commercial popularity, with the strength of the singles “Mr. Brightside,” “Somebody Told Me,” and “All These Things that I’ve Done,” all of which were molded using the structural template of New Wave and Alternative Rock combo. To date, The Killers have beefed up their studio discography with three more albums—Sam’s Town (2006), Day & Age (2008), and Battle Born (2012). Flowers has always been acknowledging of his own New Wave influences, occasionally referencing bands like The Cars, David Bowie, The Cure, Morrissey, Pet Shop Boys, Duran Duran, New Order, Echo & the Bunnymen, and U2. With his solo releases, he simply upped the ante by delving more deeply into the sonic mines of his musical heroes.

If New Wave was really the musical direction that he was aiming for in his new solo album, then Flowers, with co-producer Ariel Rechtshaid, has indeed achieved his desired effect in shimmering colors. Because of this, both old and new fans, not only of Flowers but also of The Killers in general, will certainly be rushing onto the proverbial dancefloor as soon as they put their copies of the album on their respective record players. For this, CrypticRock gives The Desired Effect 4 out of 5 stars. 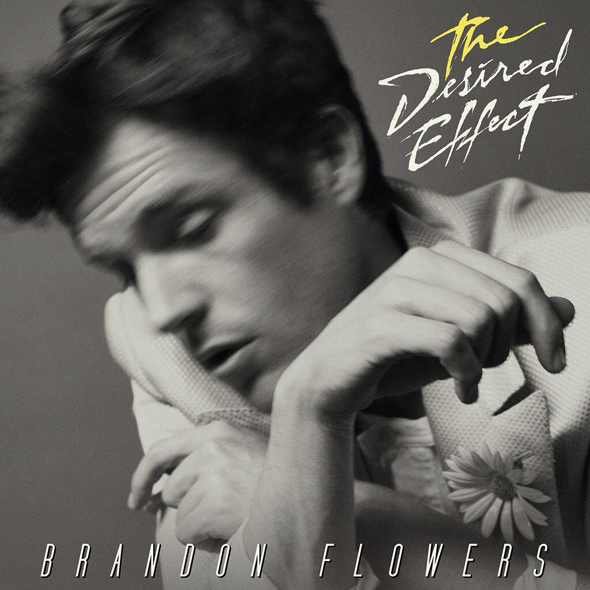