Brantley Gibert – Just as I Am (Album review) 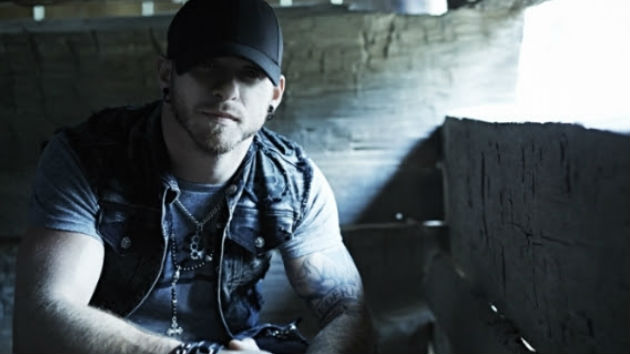 Fans of country music star Brantley Gilbert experienced a long wait for new music after his platinum selling second album Halfway to Heaven released in 2011 (after an original release in 2010 for a much smaller independent label Average Joes). The album included two #1 singles and truly put Gilbert on the map as a country performer with potential to be a star in the industry. His third and much anticipated album, the deeply personal, honest and rock-flavored Just As I Am, finally came out this past May, a full four years since the now 29-year old originally released his previous album. Like his past albums that have a definite singer/songwriter element to them, after listening to this record you feel you know Gilbert on a more personal level then should be possible. But unlike those previous albums, this is a more polished, confident and refined effort that has the ability and potential to elevate Gilbert into an exclusive group of country superstars and A-listers. So far it has done just that.

Gilbert’s Just As I Am era kicked off with as much success as could be hoped for with the December 2013 release of its first single “Bottoms Up”; a mid-tempo party anthem that blazed to #1 on the country charts. His second and current single is another party song, “Small Town Throwdown”, released in May of 2014. This track includes fellow country stars Justin Moore and Thomas Rhett and is a great summer single because of its style. “Small Town Throwdown” is currently on the cusp of giving Gilbert another top 20 single, sitting at #21 on the charts. Just As I Am also gave Gilbert one of the best releases of any country artist this year, debuting at #2 on the all-genre Billboard 200 chart with 211,000 albums sold (in the US), trailing only Cold Play’s Ghost Stories in opening week albums sales. Since its release in May, Just As I Am was certified gold by RIAA in June, and has more than doubled its opening week sales, with 466,000 total copies sold in the US. These are without a doubt A-list numbers, ones that only a very small group current country artists can match or surpass.

Though he executes fun songs like “Bottoms Up” and “Small Town Throwdown” perfectly, the element that sets Gilbert apart from many of his peers on Just as I Am is his incredible versatility. He has the ability to transition seamlessly and skillfully between songs of all different styles, speeds, and subject matters, while still making everything he sings feel genuine. This particular talent is not a common one, and it gives Gilbert the ability to craft an album that never gets dull, repetitive or boring, since each song brings the listener a new and fresh sound compared to the one before it.

As on his previous releases, Gilbert once again wrote or co-wrote all eleven tracks on Just As I Am and all fourteen on the deluxe version including “GRITS”; a rerecorded song from his first album, “Read Me My Rights”; a live show staple, and singer/songwriter influenced “Grown Ass Man”. The deluxe version is only available at Walmart. The outstanding songwriting on this album proves once again why the Georgia native with the bad boy image and surprising sensitive side is one of the most talented songwriters in country music. His writing credits also include smash hits “My Kinda Party” and “Dirt Road Anthem” recorded by fellow country star Jason Aldean. Gilbert’s contrasting identities are clearly visible in his songwriting on Just As I Am where he effortlessly navigates between loud rock influenced tracks such as “If You Want A Bad Boy” (the self explanatory opening track on the album) and “My Baby’s Guns N’ Roses.  He shows his range of vocal styles with deluxe track, live show favorite “Read Me My Rights”; an aggressive and unashamed acknowledgement of Gilbert’s values and what he believes in, and slower surprisingly romantic, heartfelt tracks including “Let It Ride,” and “I’m Gone”, a song inspired by former fiancée country singer Jana Kramer and the cessation of their relationship.

The slower more raw tracks on the album allow Gilbert to showcase the smoother tone to his voice more effectively than his louder tracks do, where he employs rougher, aggressive vocals. His ability to switch between different vocal styles facilitates his versatility as an artist and songwriter on Just as I Am. No matter the style of song or vocals, Gilbert brings a more experienced and refined expertise as a songwriter to this album. He blends infectious melodies, strong lyrics, vivid imagery, and catchy hooks to craft songs that have a more evolved mainstream sound, while still keeping the elements of honesty.

Tracks that feel like possible singles in the future include “Lights Of My Hometown”, a song he wrote with country music singer and friend Brian Davis, and “My Baby’s Guns N’ Roses”. “Lights” is a catchy and fun, but also somewhat sad and personal, song about what Gilbert loves about his hometown and also a friend from back home that he lost. Combining fun, depth, an element of nostalgia, and his trademark driving rock country sound, it has all the makings of a huge hit if it were to be released as a single.

Overall, those who have been fans of Gilbert since his first album will love Just As I Am as much as his previous releases. He manages to maintain all of the elements in his music that gained him a rabid underground fan base from the start, while also integrating in a more polished and mainstream sound that will draw new fans to his music and allow him to access the top tier of country music stardom in sales, popularity and critical reception. As he keeps proving time and time again, Gilbert is never afraid to stay true to himself, but also recognizes the necessity of adapting and growing as an artist. As long as that continues, the sky is the limit for Brantley Gilbert.  CrypticRock give Just As I Am 5 out of 5 stars. 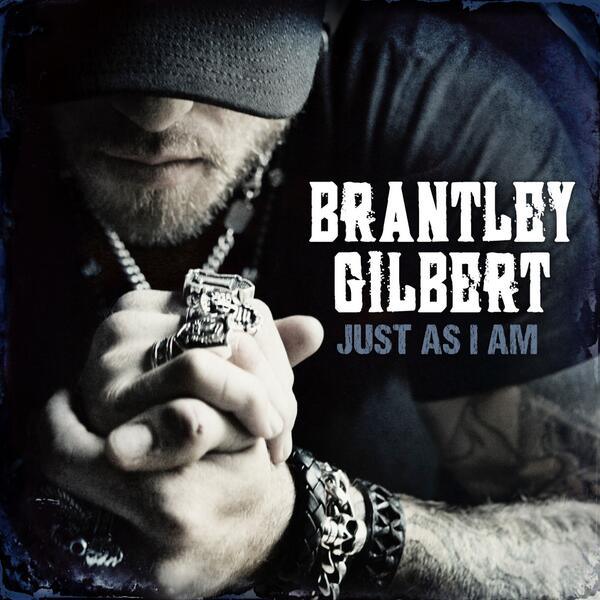 Live review & photo coverage of Brantley Gilbert from NY below: