It is a battle of the titans: Jason Momoa versus Garret Dillahunt in the Action-Thriller flick Braven, which arrives to select theatres, as well as VOD, on Friday, February 2, 2018, thanks to Saban Films and Lionsgate. 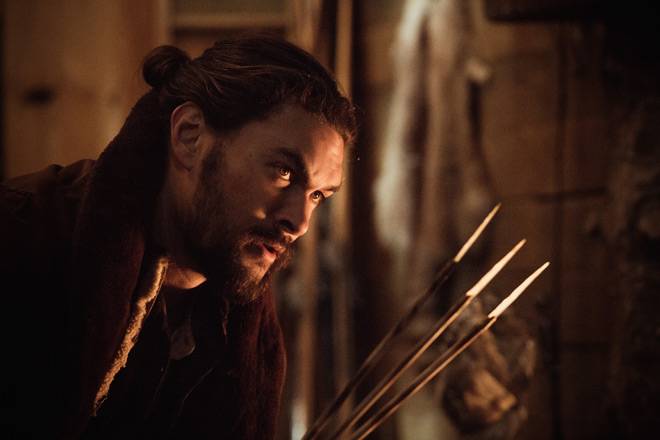 In a rugged but gorgeous snow-covered landscape in Washington State near the border with Canada, the Braven family are facing troubles ahead; namely, the emotional turmoil brought on by the demise of grandpa Linden’s (Stephen Lang: Tombstone 1993, Avatar 2009) health due to a slowly progressing dementia. His son Joe (Momoa: Game of Thrones series, Justice League 2017), daughter-in-law Stephanie (Jill Wagner: Splinter 2008, Teen Wolf series), and their adorable, young daughter Charlotte (Sasha Rosoff: Chicago Med series, APB series) are attempting to pull together to support their patriarch, as well as decide what avenue of care is best to ensure a safe and healthy future for grandpa.

At the same time as the Braven family are struggling with the realities of aging, one of Joe’s wayward employees, Weston (Brendan Fletcher: Freddy vs. Jason 2003, Rampage 2009), is making a dangerous deal with drug-runner Hallett (Zahn McClarnon: Into the West mini-series 2005, Strike One 2014) that is almost guaranteed to go awry. When it does and the blood hits the crest of the new fallen snow, Weston and Hallett will find themselves beholden to the nefarious head of the drug ring, a nameless but cruel man (Garret Dillahunt: No Country for Old Men 2007, The Last House on the Left 2009) and his collection of minions with guns. 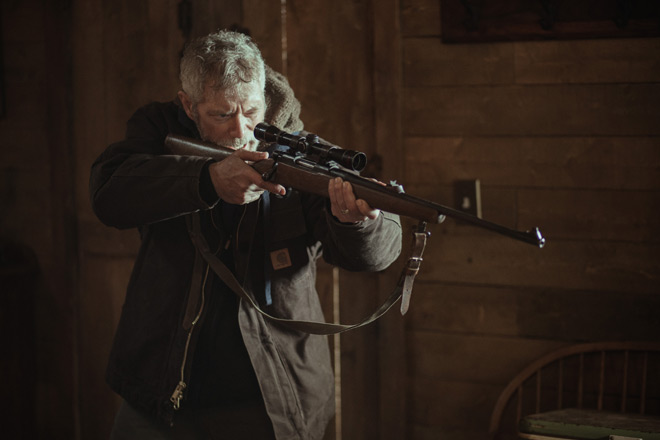 Braven is definitely an Action offering with Thriller elements, also peppered with drama and, of course, crime and suspense. There is guns, an old-school bow and arrow, ATVs racing through the ice, some cliff-hanging, and one rather clever use of a bear trap. Momoa was clearly meant for action roles, as he runs, dives, climbs, and jumps like a war-horse throughout the duration of the film. However, unlike so very many of his contemporaries, he is also able to embody the tender and loving role of a young father, as well as a confused and troubled son trying to do what is best for his ailing father. He anchors the entire production largely with his action skills, and yet it is Momoa’s ability to step outside the brute force action and show conflicted emotions that allows Braven to weave a tale of a family in crisis. Dillahunt, as the vile drug-lord, is wonderfully cold and calculating; he is the antithesis of his arch nemesis: stone-hearted and hell-bent on recovering his lost goods. 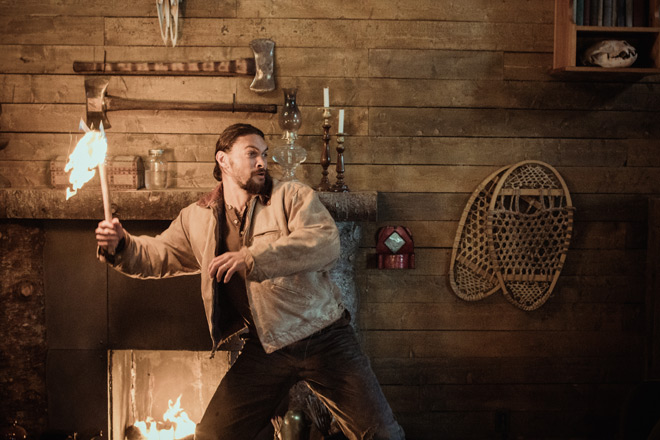 While Braven is not exactly a fully original script, one has to admit that Action films are rarely intended to be cerebral affairs. Shot on location in the gorgeous Canadian Province of Newfoundland and Labrador, this is a film that offers some truly stunning scenery as the backdrop for its never-ceasing display of action and blood-spills which hold the viewer’s attention with ease. The ensemble cast are all wonderfully convincing in their roles, creating a tale that is believable and yet a truly harsh reality. There is a vast divide between learning how to cope with the demise of a beloved family member’s health and learning to outwit drug-runners, but Braven tackles both subjects with panache and offers up quite a few action-packed thrills to boot. For these reasons, CrypticRock give Braven 4 of 5 stars. 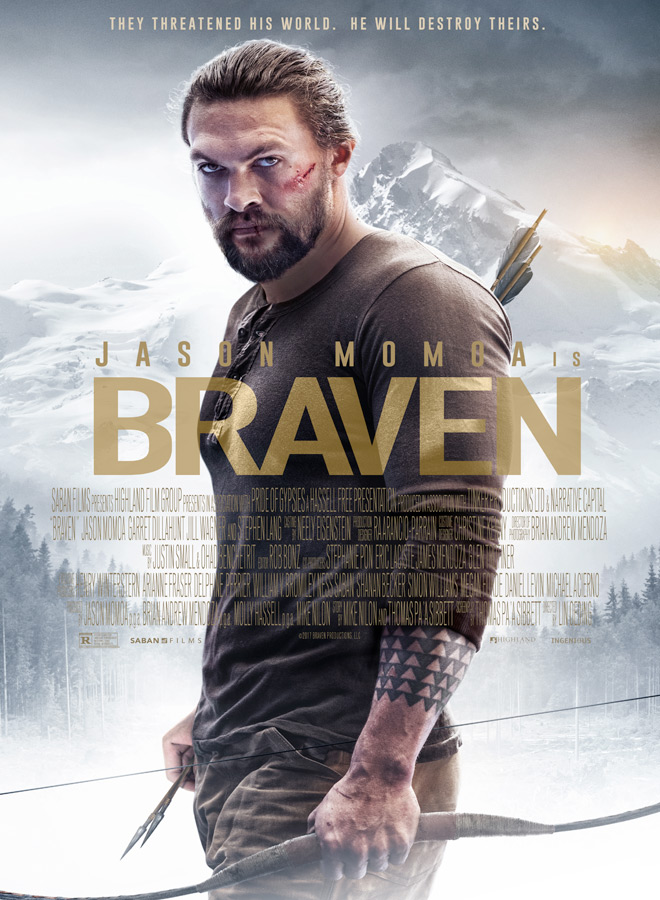