There is a phenomenon called “hysterical strength” which is an expression of increased primal strength when faced with mortal danger or the mortal danger of loved ones. Whether it means fighting off a bear, lifting a tractor, or maiming a host of prison guards and prisoners, the fact is that when one fights for something that they have a profoundly deep or intrinsic connection to, it gives them a sort of temporary physiological superpower. The protagonist in the new film Brawl in Cell Block 99 sustains this incredible aggression which makes for a revelation of violence that keeps audiences warm and gripping their armrests. 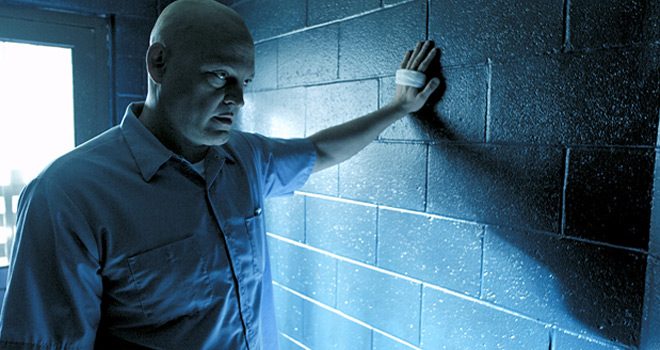 Directed by S. Craig Mahler (Asylum Blackout 2011, Bone Tomahawk 2015), Brawl in Cell Block 99 was released theatrically by Assemble Media and XYZ Films via RJLE Films on October 6, 2017 and on VOD/Digital HD as of October 13th. It stars Vince Vaughn (The Cell 2000, Wedding Crashers 2005) as Bradley Thomas, a remarkably tough man from the southern United States who just wants to provide a good life for he and his spouse, Lauren (Jennifer Carpenter: Dexter series, The Exorcism of Emily Rose 2005), who suffered a sobering miscarriage, effectively forcing a rift between her and her husband.

Recently-unemployed Bradley, having no other options, calls some old connections and secures a steady drug-running job that purchases them the life they want. At length, a drug deal goes bad—as they do—and Bradley lands in “The Fridge,” a medium security ‘Club Fed’ prison with relaxed policies and some modicum of amenity.

Because the drug deal went awry in Bradley’s hands, those who lost money kidnap the now-very pregnant Lauren and threaten Bradley that they will dispatch her and the baby in a specifically monstrous and gruesome way if he doesn’t find his way into the eponymous Cell Block 99 of a comically harsher prison to take out a high profile target. Bradley, as if under a trance, makes his way into this pseudo-post-apocalyptic prison in an incredibly adroit and calm, yet somehow frenzied sequence of violence where he is more jungle cat than human. He continues this violence almost nonstop until he is where he needs to be to save the lives of his wife and unborn child, albeit in his own defiant and vicious way, leaving a pile of crooked and bloody bodies in his righteous path. 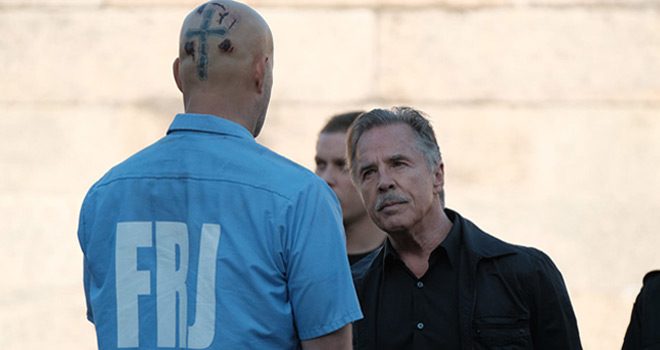 Over the years, Vince Vaughn has come to be known as the prototypical class clown; the kind of guy who would get along with all the cliques in high school, but he does not miss a step here as the severe, yet silver-tongued Bradley Thomas. He portrays Bradley as a well-spoken and confident man, packed to the gills with quaint southern gentility. One bit of dialogue that particularly exemplifies the conditionally affable Bradley is when he tells another inmate, “I smuggled in two kilos of Southern charm.” At times, his affectation and array of “Bradley-isms” are reminiscent of Bruce Campbell’s legendary quips as Ash Williams of the Evil Dead franchise. Even in the face of the harshest prison environment imaginable and through ultra-violent fights and irrevocably scarring mental torture, he keeps this simple friendly sophistication; it is like having a glass of lemonade in the dry ovens of Hell.

Another breath of fresh air in the acting department is a cameo-of-sorts by European film legend Udo Kier (Flesh For Frankenstein 1973, Blood for Dracula 1974), who plays a subtle, yet sadistic fixer, working in the free world for the cartel boss whose deal Bradley bungled and orchestrating the punishment thereof. The ever-composed Kier is credited as “The Placid Man,” which is a role that he has perfected over 51 years of flawless and somber acting. Additionally, the famed Don Johnson (Miami Vice series, Nash Bridges series) also makes an appearance as Warden Tuggs.

The horrifying visuals of Brawl in Cell Block 99 depict an era of gore that seem as if pulled right out of the 1970s. Only conventional effects are employed; faces are ground off, heads are forcefully disembodied, arms and legs are shattered. One head explosion, in specific, bears a striking resemblance to those seen in 1991’s Riki-Oh: The Story of Ricky or the shotgun kill delivered to real-life visual effects legend Tom Savini in 1980’s Maniac. The head explosion looks incredibly cheesy, but manages to still appear graphic enough to make audiences look away in disgust. The violent effects in Mahler’s other film, 2015’s Bone Tomahawk, are equally disturbing as well as inspirationally conventional. In an era of computer-generated head explosions and eviscerations, any time a director spends the time and money to utilize conventional gore, it is a treat. 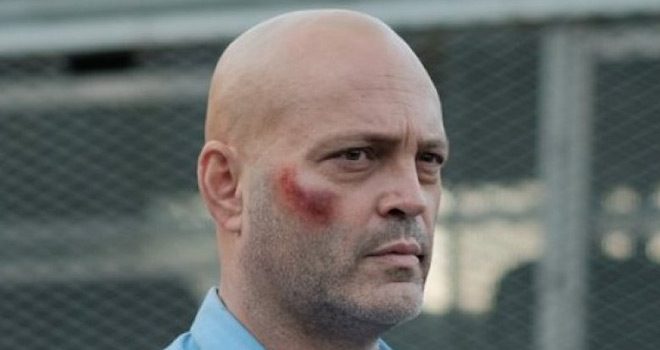 Though, very little of Brawl in Cell Block 99 is based in strict realism, it has an aura of gritty nostalgia. It is pure sense gratification. Bradley operates by no ones rules except his own in his relentlessly barbaric quest to free his wife and unborn child. Despite not faithfully portraying the prison system—or the skeletal system, for that matter—in the most accurate of light, Brawl in Cell Block 99 is a ton of fun, often hilarious, and permeated with a gory 1970s spirit. For these reasons, CrypticRock give this movie 4 out of 5 stars. 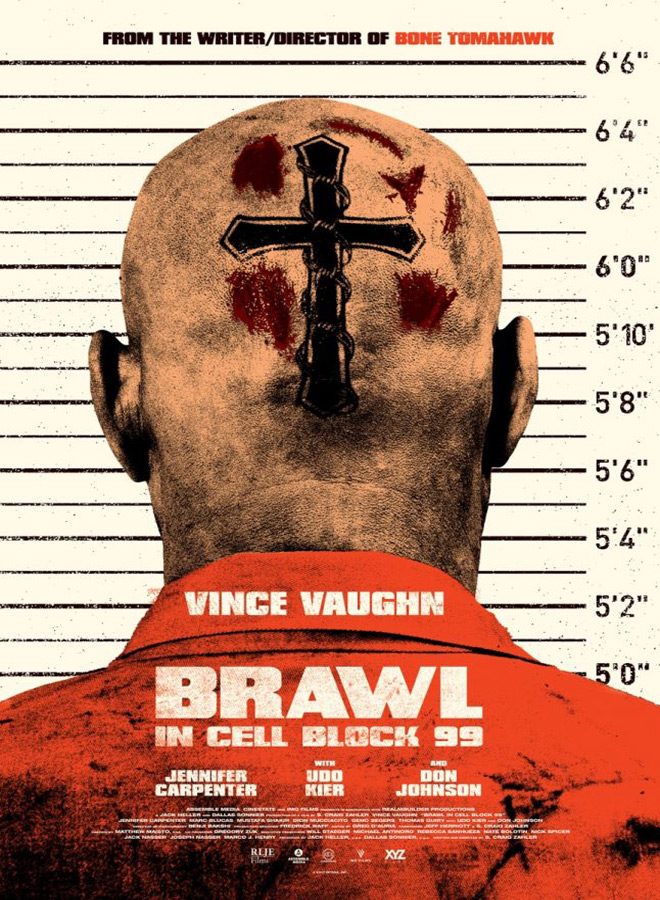