Released on DVD and VOD via Breaking Glass Pictures on May 16, 2017, Breakdown Lane is Action Horror territory that has been well trod, exploring what happens when Kirby Lane (Whitney Moore: Drone Wars 2016, Casual series) and Vincent (Aric Cushing: Against All Gods 2015, Hotel Cæsar series) find themselves trying to survive a zombie onslaught while stuck out in the desert. Bob Shultz’s debut directorial feature, it is a film with one thing on its mind: relentless action. 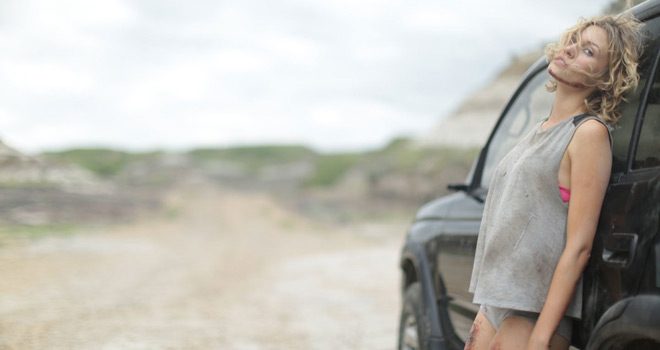 Breakdown Lane is something that seems to have gone through most of its creation believing itself to be an arcade shoot-em-up before realizing it was a film at the last minute. This is not a glib put down of the film based on the merits of its plot, but rather an attempt at summarizing the style of storytelling that just about every aspect of its production seems to be leaning towards. The action, the cinematography, and even the soundtrack are gunning for 2003’s House Of The Dead over 1968’s Night Of The Living Dead, and it is not as effective as it could be because of the way in which the film seems to lack much self-awareness about it all.

The protagonist tends to walk from set-piece to set-piece, pointing a repertoire of firearms (that get progressively more powerful as the film goes on) at zombies who the camera makes sure to line up directly in front of her, pulling the trigger on each one in turn as the visual effects team is sure to give each headshot as much punch as possible with gimmicky effects like camera splatter.

There is a severe lack of dynamism to most of the action, again conveying to the audience that they are in front of an arcade screen rather than watching a woman struggle for her life. There is a Heavy Metal soundtrack that revs up whenever the audience needs some adrenaline, but it is as generic as generic could be and takes away more than it adds. It is a zombie film; but only because that is the easiest way for it to get the main character gunning down halfway-affordable thronging hordes. 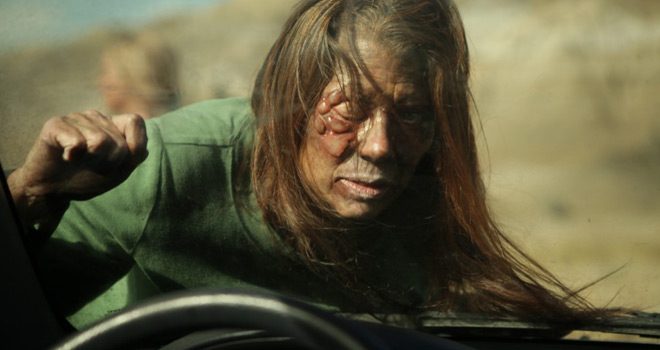 When the action is not stop-and-shoot, there is a noticeable lack of tension to it. Characters swipe at each other without weight and the character does not seem sure of where to focus. To top it off, the film has a noticeably muddy color palette, distracting because it is less the intentional scruff of a weathered aesthetic and more the result of cinematography that did not have an abundance of care put into it.

All that having been, it should be noted that Moore’s performance carries much of the film. It is hardly layered or subtle, but it does not necessarily need to be – it thrives by simply being charming. She does a good job giving some natural flourish to dialogue that does little to serve her, and it helps give the audience something to anchor onto.

This unfortunately does not carry over to some of the supporting performances – in particular, a gang of roving hillbillies are played too predictably, sticking right to expectations in both the fundamentals of their character and their arcs. This is a shame, as the film appears to be setting up something of an interesting twist by self-reflexively commenting on their similarity to the characters from 1972’s Deliverance, but ultimately it travels down the road well traveled rather than trying to pump new life into the tropes. 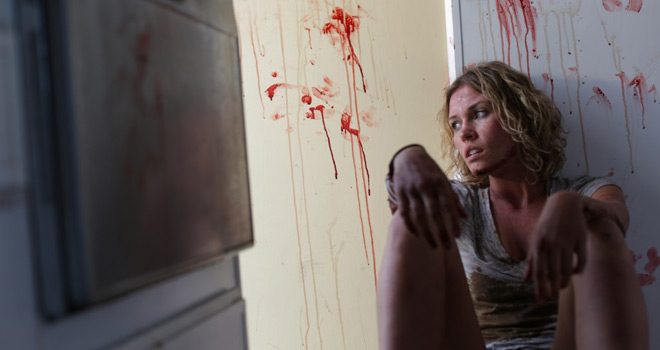 There is some genuine emotional sincerity in the relationship that develops between main character Kirby and Cushing’s Vincent however, exploring how their friendship develops through just the phone. Again, this feels like a time in which Breakdown Lane will play with the audience’s expectations in some manner by presenting these characters in a fun and fresh way, but instead the dramatic thrill is killed by things going precisely as expected. The films predictability may be its real Achilles Heel, with even its detours into surrealism being a by-the-numbers affair. The question has to be asked; this is a stock concept with stock characters on a low budget, why would not the filmmakers take a few more risks and make a more interesting picture?

That is not to say there is nothing interesting to it at all, just that the little ideas that do feel fresh (zombies used as carriage horses, for example) are not borne out to the film at large. For this reason, CrypticRock can only give Breakdown Lane 2 out of 5 stars. 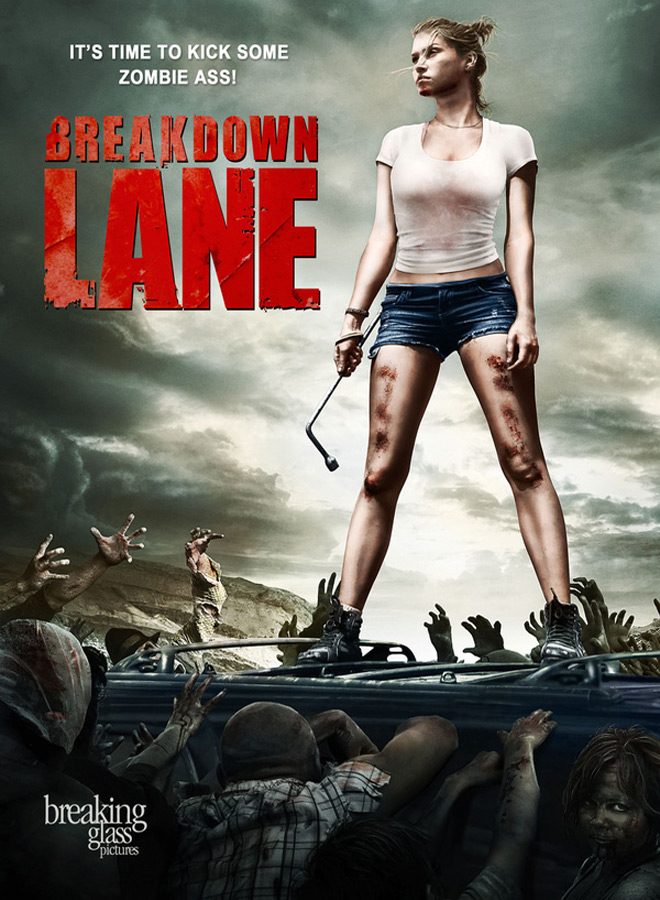 Martyrs Lane (Movie Review) Untitled Horror Movie (Movie Review)
Like the in-depth, diverse coverage of Cryptic Rock? Help us in support to keep the magazine going strong for years to come with a small donation.