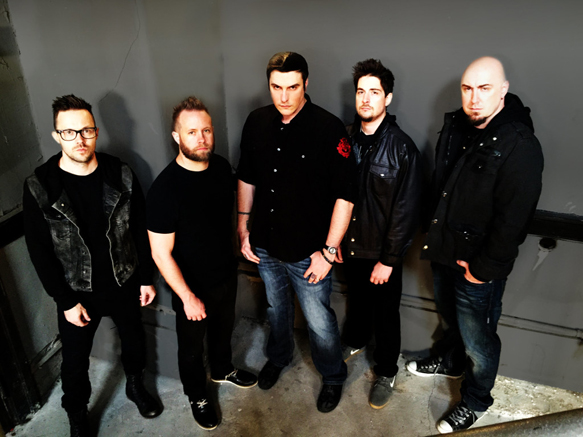 Begun back in 1998, Breaking Benjamin got their name after frontman, Benjamin Burnley, was called out by the owner of a borrowed microphone he broke when he was a solo act. Newly named Breaking Benjamin got attention when local radio DJ, Freddie Fabbri, played their song, “Polyamorous,” and quickly became his station’s number one listened track, which caused him to finance their 2001 self-titled EP before the band was signed to a label.  Hollywood Records won a bidding war in 2002, and in August of that year they released their first full-length album, Saturate, which peaked at No. 2 on the Billboard Heatseekers chart, and No. 136 on the Billboard 200 chart. Following a successful run on Jägermeister Music Tour in 2003, as well as time supporting Godsmack, 2004 saw the band red hot when they dropped their album We’re Not Alone, which went platinum by 2005. Keeping the momentum flowing, they released the EP So Cold in the latter part of 2004 to tide fans over until 2006’s Phobia, which soon became the band’s most successful album.

At the time, considered one of the most successful modern Hard Rock band’s, it was not until 2009 when the band came back with Dear Agony, a record written by Burnley recovering strongly from alcohol abuse. Shortly after, Breaking Benjamin went into a long hiatus that had fans wondering if they would ever return. Then, all of a sudden in 2014, news stirred Breaking Benjamin would be back. After some legal issues addressed with former bandmates Aaron Fink, Mark Klepaski, and Chad Szeliga, Burnley reformed his band with Aaron Bruch of Forever Oeuvre on bass, former Adelitas Way guitarist Keith Wallen, former Red guitarist Jasen Rauch, and Shaun Foist of Picture Me Broken on drums. Performing shows and rousing interest that never seemed to fade, May 23rd marked the long awaited album entitled Dark Before Dawn.

Dark Before Dawn, Breaking Benjamin’s fifth studio album produced by Burnley and released via Hollywood Records, features twelve tracks of a thought-provoking mixture of darkness and light. Beginning in tranquil fashion with the instrumental piece “Dark,” the track features a voice-over intro as guitars quietly begin, gaining their voice as the guys harmonize before tapering off to nothing.  Next is the quintessential Breaking Benjamin sounding “Failure” with a riff-laden melody that maybe speaking of feeling like a failure after the original band broke up with lyrics such as, “Tired of feeling lost/tired of letting go/Tear the whole world down.”  Keeping listeners on their toes, “Angels Fall” has a Pop-ish feel while Burnley sings, “When angels fall with broken wings/I can’t give up/I can’t give in.”  Following is no-nonsense rocker “Breaking the Silence,” announcing itself with ripping riffs, and growling war cry vocals thrown into this piece of defeating phobias with the words, “I’m breaking the silence/I’m falling apart for you.”

The next tune, “Hollow,” begins with a simple guitar, but quickly turns into a searing riff, following Burnley’s lyrics of betrayal singing, “Love left me hollow.”  The hope driven “Close to Heaven”comes thereafter with its grinding Rock that tells of trying to keep faith when the world seems like it is falling down around him.  Bringing on a harder sound, “Bury Me Alive” is darker, musically and vocally, in this piece of wanting to be let out of a dying relationship. Positivity pervades “Never Again” with its melodic riffs as Burnley sings of coming out on the other side of the tumultuous times of litigation and betrayal he felt during Breaking Benjamin’s hiatus, conveying the words, “Never again/time will not take the life from me.”

Moving on to the bittersweet “The Great Divide,” Burnley brings a lighter-raising power ballad with a melodious alternative harmony of layered vocals over smooth synchronized guitars and drums of one day meeting again after death. Next is the tear-inducing “Ashes of Eden;” a sweet, almost acoustic tune, with all instruments understated, bringing Burnley’s vocals front and center as he questions faith.  Second to last is “Defeated,” a guitar-driven dominating tune of defeating demons as Burnley sings, “As I drag the devil down/I will stand alone/No longer defeated.” Dark Before Dawn’s finale and a fitting bookend is “Dawn,” another instrumental of simplicity, light instruments, and vocal harmonizing.

Dark Before Dawn is easily an album that could be listened to multiple times before the listener realizes the album has looped back around.  A mix of hard Alternative Rock, power ballads, and a couple instrumentals with thought-provoking lyrics makes Dark Before Dawn a nice reinvention for Breaking Benjamin while leaving established flavors in the mix for returning fans to remember. It has been a long road back for Burnley, but he has survived everything life has thrown at him and now fans can rejoice in the music Breaking Benjamin has to offer. CrypticRock welcome back Breaking Benjamin and give Dark Before Dawn 5 of 5 stars. 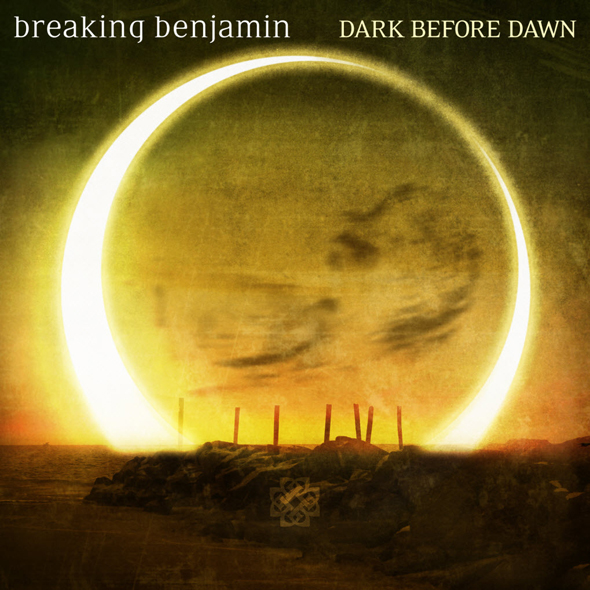