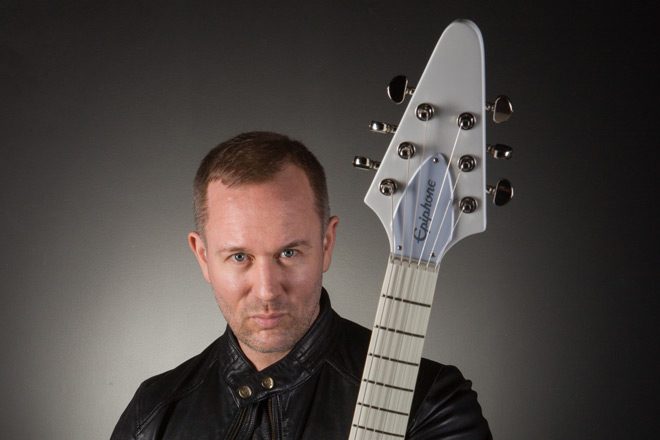 After a five year absence, Brendon Small’s sequel to 2012 solo debut Galaktikon finally sees the light of day on Friday, August 25, 2017. Small, famed for both his Adult Swim series Home Movies and Metalocalypse has his second album set for arrival just a month shy of the 10th anniversary of his vaunted 2007 Dethklok work, The Dethalbum. So will this new effort become as much as a fan-favorite as previous works?

Set for release via Megaforce Records and BS Records, Brendon Small’s Galaktikon II: Become the Storm follows the space theme of the previous album, but this time touching basis on a new theme: war. The initial storyline of the first Galaktikon followed the story of a divorce and the eventual rescue of the hero’s ex-wife on good terms. This sequel is subsequently heavier and darker with a more arching plot line of galactic war through its highs and lows. Co-Produced by Rock/Metal specialist Ulrich Wild, Galaktikon II: Become the Storm also features Small’s signature guitar and vocals, along with Dethklok members Bryan Beller’s return on bass, and Gene Hogan’s drums/percussion works.

Eleven tracks in total, the album itself is a journey instrumentally while also lyrically mastered to tell the tale of war. Each song has its own unique sound with emphasis on harmonic and melodic work. As a Metal album, the listener is also privy to Small and Co.’s killer technical work. The technical work, though subtler than the harmonics and melodics, helps build upon the dark and gritty fantasy world Small has crafted.

Opening the album “Some Days are for Dying” comes on heavy and finishes just the same. It is guttural, fast-paced, and energizing, serving as a perfect opener. Directly after, “Icarus Six Sixty Six” is just as heavy but also highly melodic. One of the best songs of this collection, it weaves together a sense of hopeful hopelessness in between overlapping growls and chanting chorus lines. Next, “The Agenda” creeps in softly and then loudly with pounding drums as well as hypnotic chord sweeps. It is a plot heavy song which urges the listener to “follow the agenda” so no one gets hurt. Why? Well, it helps set the scene for the mission at hand. With aquatic instrumentals signifying a song change, “The Ocean Galaktik” slowly impedes. With a more Grunge and classic Heavy Metal sound, it signals the beginning of battle with its dissonant and dark, ominous tones.

Completely the opposite, “My Name is Murder” storms in on bleeding bass line and pounding drums. Small’s growly vocals mixed in with the instrumentation create the scene of what sounds like a brutal death to many encased in a headbanger tempo. This song’s tempo is upbeat and murderous, but most of all, it is fun to listen to! Back to the galactic sound aesthetic followed by a powerful guitar, “Become the Storm” comes in. Partially named after the album, the track seems to embrace the storm. That said, it is a Heavy Metal ballad format that emphasizes becoming the storm is the only way to win.

Moving along, “Nightmare” dances its way up and down the scales, and with more focus on vocals along with guitar harmony, the plot thickens through the nightmare that is happening as told by Power Metal. This is before “Could This Be the End” sweeps as an ode to the last stand of the protagonist of the story. With a very Metal core focus on tempo and song structure, “Could This Be the End” begs the question of the end being nigh, while hopeful and melancholic guitar, bass, and drum tell the listener that this is not the end at all.

On the other side of the coin, “To Kill a God” brings the listener to a tale of the defeat of a God- quite possibly the villain behind it all. It is a powerful instrumental piece that tells of the final battle before victory as “Exitus” comes in waves. Literally meaning death, “Exitus” tells the story of a grisly demise with dueling guitars and intense drumming. This leads to the final chapter, “Rebuilding a Planet,” which bursts onto the scene vibrantly with victorious tones and guitar. Another instrumentally focused cut, the victors of the galactic war seem to be rebuilding and carrying on in their glories. 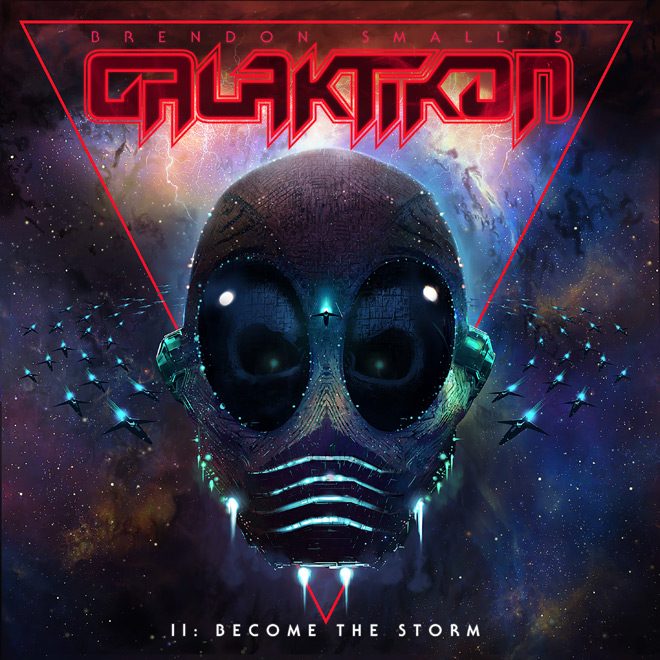