The Christmas season is always one of the most exciting times of year for children of all ages.  In recent times, one of the telltale signs that the Holiday season is on its way is Brian Setzer Orchestra’s winter tour coming to town to rock Christmas music in their own unique way.  Began over a decade ago, when former Stray Cats frontman and his 18-piece orchestra released the hit album Boogie Woogie Christmas back in 2002, soon after a second Christmas record titled Dig That Crazy Christmas came out in 2005, starting a modern Christmas tradition of winter touring to bringing the festive season to life.   Not to disappoint fans, back in the early days of summer, Brian Setzer Orchestra announced their plans for the 10th annual Christmas Rocks Extravaganza Tour scheduled for twenty eight shows across North America.   Beginning in Minneapolis back in mid-November, the tour found the Massapequa native back at home on Long Island at NYCB Theatre at Westbury, NY on Tuesday November 25th to dazzle a massive crowd days before Thanksgiving.

Kicking off the extravaganza was the California trio The Record Company.  A band whose music is steeped in the classic sounds of John Lee Hooker, Buddy Guy, and Muddy Waters, they also form a style unto themselves.  Coming together just three short years ago, the band has Setzer to thank for their first time journey east to New York, playing in an arena of this magnitude. Hand picked by Setzer himself, this threesome explodes with heavy harmonics, solid vocals, drumming, and tambourine. With a slew of credits to their young existence, their music has appeared in over twenty commercials, including a Coor’s Light and Subaru ad.  Their most recent EP, Feels So Good (2013), elicits the talents of singer/guitarist/harmonica, Chris Vos, Alex Stiff on bass/guitar/piano/vocals, and Marc Cazorla on drums/piano and vocals.  Opening up with an original track titled “Goodbye Sad Eyes,” they captured the attention of their audience and held it throughout their performance. Tickets are still available and one better get them now for no doubt this hot California trio will be selling out shows on their own before no time. 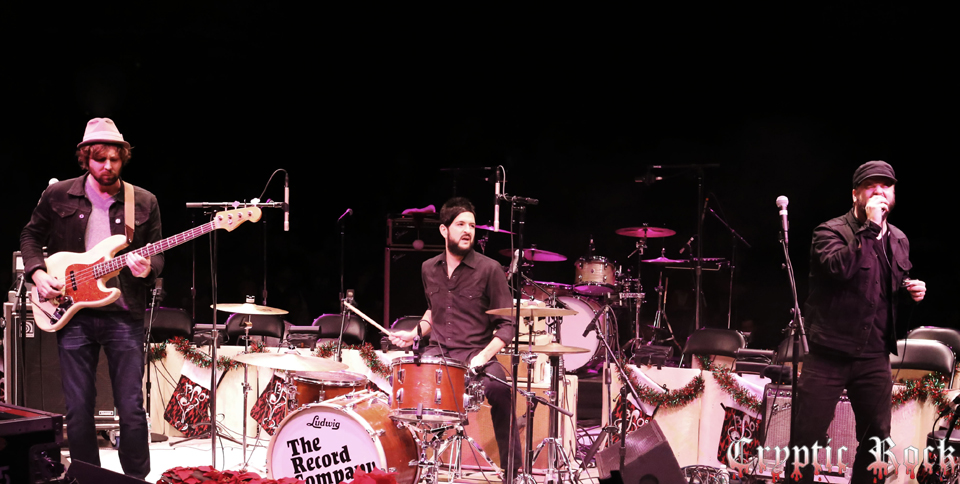 Ready to be enchanted with the spirit of Christmas, the audience anxiously awaited the arrival of Brian Setzer Orchestra to take center stage.  With the lighting down and glimpses of poinsettia plants, garland, and jazzy Christmas stockings dressing the round platform, everyone took their seats.  Moments later, the opening of “Run Run Rudolph” saw Setzer and his orchestra igniting the passion of his hometown fans in the Rockabilly style he is best know for. Going into their version of the holiday classic “Sleigh Ride,” featuring two festive dressed female dancers who later lend their vocals in a beautiful duet, really made it feel like Christmas both in sights and sound.  Showing diversity, they switched up the theme with “This Cat’s on a Hot Tin Roof” off Setzer’s latest solo album Rockabilly Riot.  The energetic outlook, distinct voice, and guitar playing was another example of Setzer’s innovative style and the very reason his devotees regularly come see this “cat” perform. 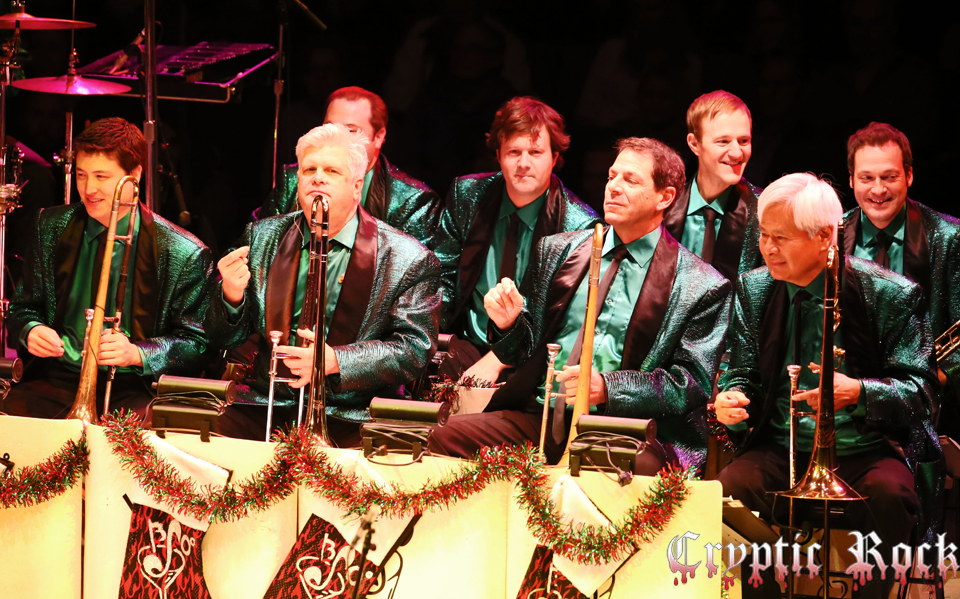 Continuing on, the band took the room on a wild ride of traditional timeless Rock and original tunes.   Also known for his acting credits through the years, perhaps one of Setzer’s most recognized roles was in the 1987 film La Bamba, where he portrayed Rockabilly Legend Eddie Cochran.  With that said, Setzer sprinkled  in the somber, yet beautiful 1959 Santo & Johnny instrumental “Sleep Walk” featured in the final scene of the aforementioned film.  Full of color and emotional guitar tones, the song sounded nothing less than perfect while striking a chord in the heart of each spectator present. 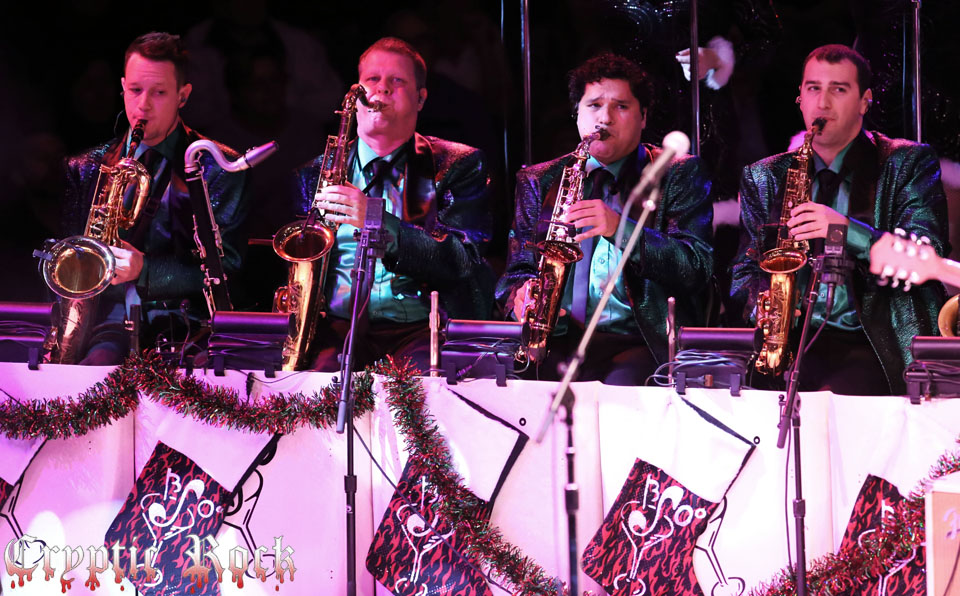 Keeping the mood upbeat, Stray Cat hits “(She’s) Sexy + 17,” “Stray Cat Strut,” “Fishnet Stockings,” along with newbie “Lets Shake” came thereafter.   Having everyone in a trance, a slamming version of “Jump Jive and Wail” kept the house rocking with no signs of stopping.  With absolutely no shortage of talent by any member gracing the stage, a massive drum solo by Gary Setzer, Brian’s brother, was highlighted on new song “Nothing is a Sure Thing Baby” before an outstanding rendition of Johnny Cash’s “Ring of Fire.” Strutting and grooving on the stage, like a classic frontman from the golden age of Rock-n-Roll, Setzer was having an absolute blast and from the smiles on his bandmates’ faces, they reciprocated the feelings as they offered up more Christmas cheer with “Jingle Bell Rock.” 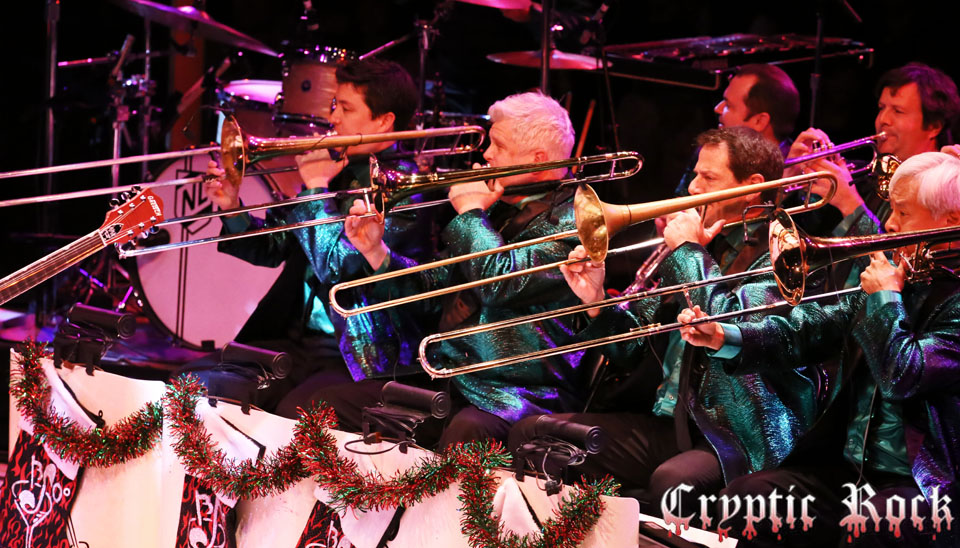 Amping up the room one more time, Setzer asked “Westbury, you wanna rock this town ?” Seguing into the song “Rock This Town” with the irresistible walking bass line Johnny Hatton on the stand up bass, along with Setzer’s guitar licks, the song earned the entire ensemble a standing ovation in what seemed to be their final number.  Exiting the stage to cheers, the band came back answering the pleas of an encore as cell phones illuminated the theater, much like cigarette lighters once did years ago. Taking their place once again on the revolving stage to perform, “The Nutcracker Suite” began with the traditional version, staying true to Sezter’s styling, of course.  Going into their verision of Edison Male Quartette’s unforgettable Holiday tune “Jingle Bells,” Sezter and company had the audience on their feet and singing along.  Pulling out all the stops, Santa Claus himself appeared on stage dancing around and Setzer broke into the classic guitar duckwalk as snow fell from above, making for one amazing finale.  This was the type of show that would make any Grinch want to deck the halls with their air guitar in hand.  Keep a look out for the tour as it continues through December 21st and catch the fever of the holidays. 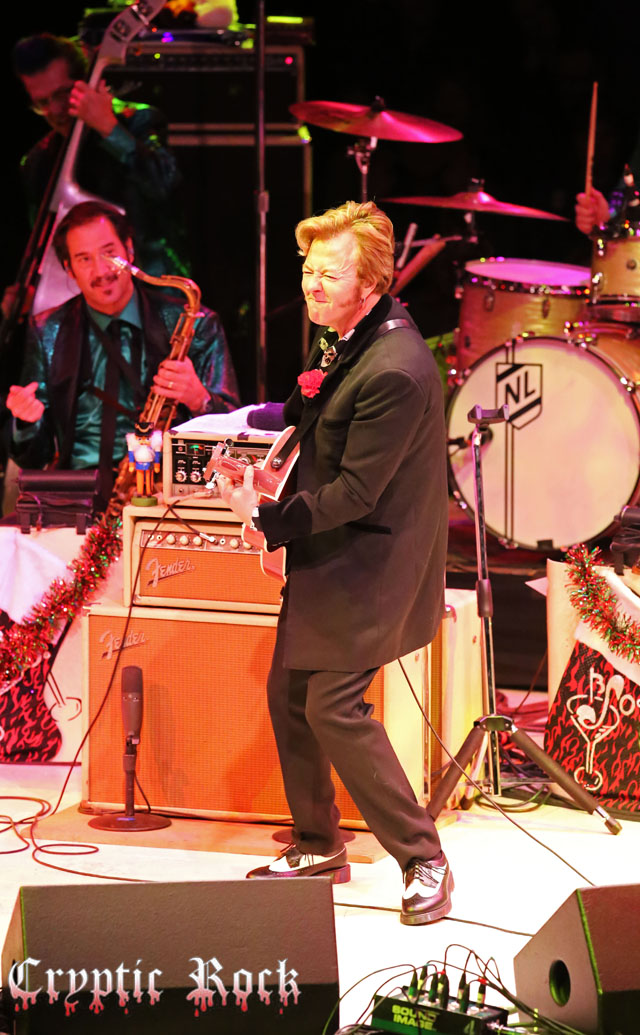 Manchester Orchestra – Million Masks of God (Album Review) Norah Jones – I Dream of Christmas (Album Review)
Like the in-depth, diverse coverage of Cryptic Rock? Help us in support to keep the magazine going strong for years to come with a small donation.