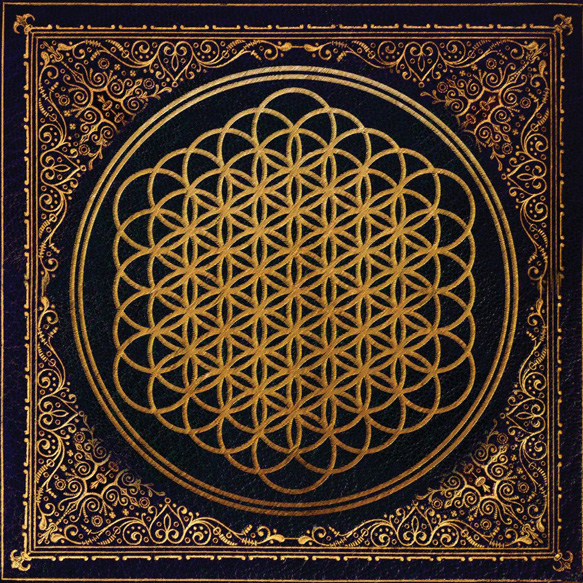 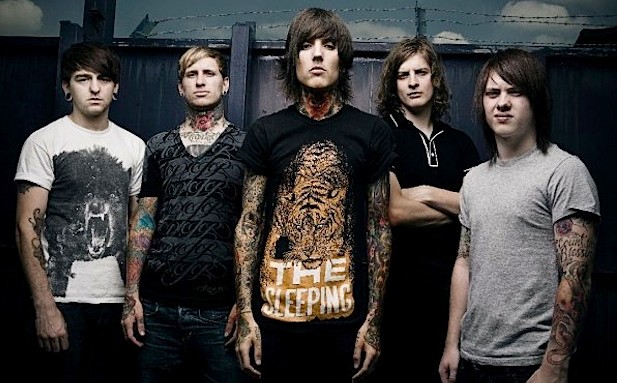 Bring Me The Horizon’s fourth record, Sempiternal, was probably the most anticipated album of 2013. Being one of the most popular bands in the hardcore scene, this group from Yorkshire, England started in 2006 with a raw and brutal sound that has evolved as each new album was released. This growth in sound has been key for Bring Me The Horizon’s disposition; going from extremely heavy to memorably atmospheric and eerie, Sempiternal showcases the band’s extreme versatility that draws fans from every end of the spectrum.

The first single released for Sempiternal was “Shadow Moses”. This song was the perfect choice; it includes components from every angle of the record. Highlights off of this track are the melodic and powerful chorus, heavy guitar riffs, and atmospheric air. While some tracks on this album are distinctively heavy and other more ambient, “Shadow Moses” contains all of this, and sums up Sempiternal completely.

Sempiternal is full of interesting elements that give fans fresh and new material to adjust to. The album starts strongly with “Can You Feel My Heart”. It has a lingering beat and sharp guitar riffs that makes this song a knock out. It is not as heavy as other tracks on Sempiternal, but Oli Sykes’ pleading screams add the perfect emotion to accentuate the profound meaning of the lyrics. Lines like, “I can’t drown my demons, they know how to swim”, are thought provoking and draw connections with troubled listeners. Another song with strong vocals is “Go To Hell For Heaven’s Sake”. Instead of using raw screams, Sykes gets his point across with a more melodic sound. This power is enhanced with the support of background vocals to create a noticeably convincing track off of Sempiternal. Similar guitar riffs in “Can You Feel My Heart” are used as well, but in a unique way to give the songs their own identities.

“Antivist” is another high point from this album. Bring Me The Horizon returns to their heavy roots to deliver a purely angry track. The evident bass and quick, staccato guitar/drum combo pair well with the harsh and direct lyrics. “Middle fingers up if you don’t give a fuck” can rally up any group of kids in a mosh pit, making “Antivist” a necessity to play live. “House of Wolves” is another track with a similar tone. The captivating guitar riffs and effective melody in the chorus balance with heavy breakdowns to create a jarring and compelling track.

Bring Me The Horizon is not a band to include mellow acoustics on their albums. Instead, their approach to a “stripped down” song is made for listeners to immerse themselves in the musical atmosphere, rather than rock out to heavy breakdowns. “And Snakes Start to Sing” is one of these songs. Sykes still incorporates his rough screams to give off emotion, but also tones down his voice throughout most of the track. The song slowly picks up the tempo as it reaches the end; it starts with a soft piano as more instruments are added and picked up as well. Another noticeable track with this air is “Hospital for Souls”. Although it is given a strong and steady beat, this track is given a potent and sorrowful feeling due to the fervent lyrics and use of Sykes’ vocals. Speaking of the very delicate topic of self destruction, this song hits home for a lot of fans and listeners. The line, “Have you ever took a blade to your wrists? / Have you been skipping meals?” is especially profound to certain listeners. This emotional connection that Bring Me The Horizon makes through their lyrics is one of their biggest accomplishments as a band.

With a frequently altering sound, Bring Me The Horizon has continued to pull off this style in Sempiternal. This obvious growth showcases the band’s maturity and awareness of the constant changes in the music industry, while still remaining to stay true to themselves. This release has reeled in many new fans and the attention of their unique approach. The major statement made with Sempiternal easily makes it the album of 2013. CrypticRock gives this album 4.5 out of 5 stars.