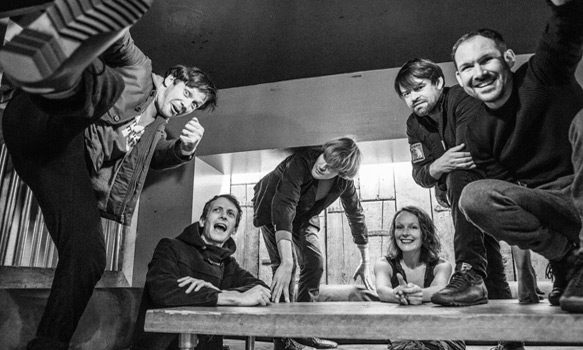 Engaging and quirky, British Sea Power established a distinctive sound, style, and image early on. Established seventeen years ago in Brighton, East Sussex, England, the band has been prolific, releasing an average of one album every two years. Consistent with its musical and lyrical themes – which delve often on waving rhythms and flowing melodies as well as anything associated with bodies of water, nature, birdwatching, and cartography – the band lives up to its moniker and typical stage costumes and theatrical properties.

To date, British Sea Power has a discography consisting of standard albums and full-length Documentary-film soundtracks – from the frenetic energy and melodic guitar angularity of the debut and its follow-up, 2003’s The Decline of British Sea Power as well as 2005’s Open Season, respectively to 2008’s synth-drenched Do You Like Rock Music?; the lush, anthemic soundscape of 2013’s Machineries of Joy to the somber soundtrack album Man of Aran; to 2015’s ambitious, orchestral Sea of Brass. Now, after only two years of sailing the majestic, brassy sea, British Sea Power unleash yet another set of shapely sculpted songs.

Released on March 31, 2017, on Caroline International, via the band’s own label, Golden Chariot, Let the Dancers Inherit the Party is British Sea Power’s tenth overall album. Led by the first single, the sweetly Cure-esque, a bit Big Country, with a dash of The Armoury Show and Cactus World News, “Bad Bohemian” is a joyful starter of a slew of equally engaging and mostly melodic tracks. The saccharine sound flows flawlessly into the ensuing synth-soaked “International Space Station.” Then there is the hook-filled “What You’re Doing,” whose trebley bassline and recurring guitar ad-lib fit well on a playlist that includes New Order’s “Love Vigilantes,” House of Love’s “Shine On,” The Dambuilders’ “Shrine,” Popsicle’s “Hey Princess,” and Sheila and the Insects’ “Sometimes When I Sleep.”

The upbeat tempo and jangly guitar parts of “The Voice of Ivy Lee” and “Keep on Trying” will certainly catch the fancy of New Wave enthusiasts. In fact it will remind them of the same sensibilities heard best in British Sea Power’s own songs such as “Childhood Memories,” “Waving Flags,” and “Monsters of Sunderland.” The mood and pace slows down with the ambient and spacey “Electric Kittens,” only to pick up again with the crispy Guitar Pop sound of “Saint Jerome,” where Vocalist/Guitarist Jan Scott Wilkinson yet again employs both his relaxed, low-register timbre and his feverish, high-pitched yelps. Thereafter, another slow-tempo song draped with shimmery instrumentation comes next in the form of “Praise for Whatever.”

Then the following piano-led “Want to Be Free” is a further foray into the band’s starry and soulful musicality, a signal that the party is nearing its end. This is before the penultimate track, “Don’t Let the Sun Get in the Way” returns the album to its sunny and shiny sonic beginning. Highlighted by a dynamic interplay of mildly-distorted and clean guitar sound, it is standout moment. Finally, British Sea Power – rounded up by Martin Noble (guitar), Neil Hamilton Wilkinson (bass, vocals, guitar), Matthew Wood (drums), Phil Sumner (cornet, keyboards), and Abi Fry (viola) – end their latest work with the hush and lullaby of the lyrically nostalgic “Alone Piano.” It is a cut that harks back to the subdued seascape of the soundtrack snippets that comprise 2013’s From the Sea to the Land Beyond.

At the rate the band has been producing music, and in the style its songs have been fashioned, British Sea Power definitely belongs to the pantheon of important British bands. Let the Dancers Inherit the Party is another testament to this achievement. So, dive right in and swim into the deeply engaging ocean of British Sea Power’s music. After all, if you are a dancer (or at least, trying to be one), then British Sea Power is bequeathing you the party; so it is up to you to seize it and celebrate with them.

Remember, like any promenade party, the album is a good mix of strobe-lit stompers and dim-lit body melders. That said, it is perfect for any dancer, be of the “dancing-with-myself”-type who prefers the little corner beside the loudspeakers, or of the flamboyant peacocks who will grace the bar tops, or of the happy-go-lucky ones who will rush to the moshpit with just the sound of a bell. At the end of the spin, some might ask, “Are you human, or are you dancer?” To which the answer should be, “It does not matter, as long as British Sea Power’s party is not yet over.” For these reasons, CrypticRock gives Let the Dancers Inherit the Party 4 out of 5 stars. 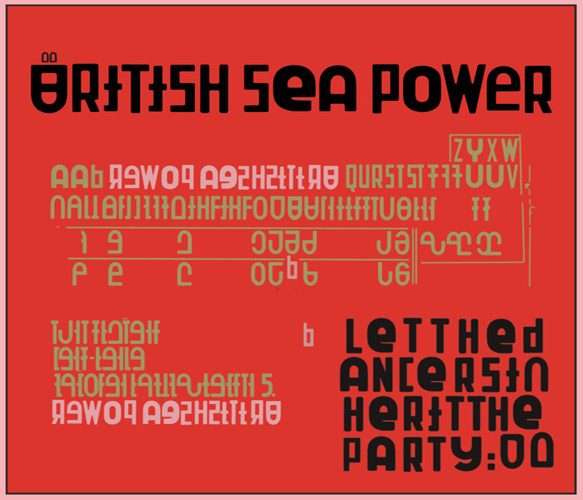